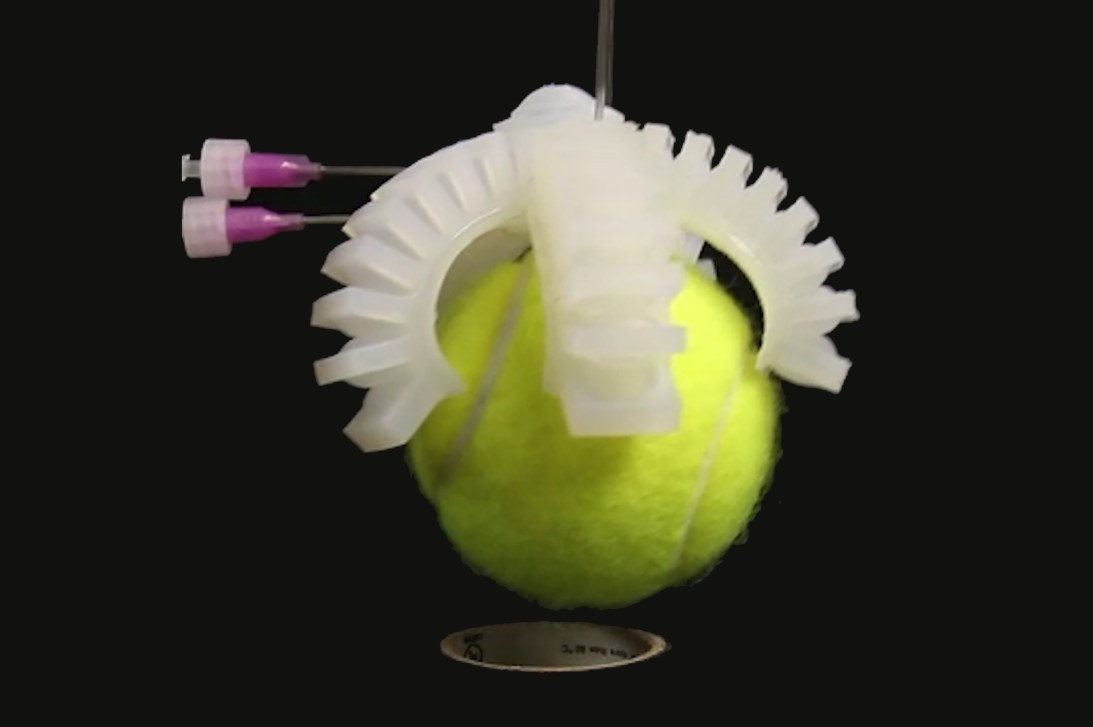 The field of soft robotics has achieved some impressive feats in recent years, meaning we are well on our way to life-like robots that possess the very flesh that distinguishes us from our mechanical brethren. Squishy worms, claws, and octopus arms are a few of the machines in development, but they all still have “hard” parts comprising their inner mechanics. Currently, the valves controlling air pressures to manipulate the bots’ movements are rigid, off-the-shelf components. Now, thanks to a new technology created by scientists at the Professor George Whitesides lab at Woodford L. and Ann A. Flowers University, a squishy valve enabling soft robots is available.

Standard hard pneumatic valves help control the movement of soft robots by pushing air (in most cases) into chambers as directed by the device’s operator or programming. A network of tubes or air bladders are built throughout the robot’s appendages, filling or emptying as needed to effect the desired motion. To provide a soft alternative to the rigid components, there are two concepts the new soft valves were driven by: 1) a fleshy membrane that stretches in two directions, similar to a ‘popper’ vending machine toy; and 2) a soft hose that controls air flow by kinking, similar to how bending a garden hose restricts its water flow.

Soft robots are typically made from silicone. With that in mind, doctoral student Philipp Rothemund and postdoctoral fellow Daniel Preston built their valve into a silicone cylinder, separating it into upper and lower chambers. Each chamber contained soft tubes that would kink depending on whether the membrane was stretched in their direction. As air filled one chamber, the membrane would stretch and kink the air hose in the opposite chamber, shutting off the air flow and thus fulfilling the valve functionality needed for soft robots to work as already designed. 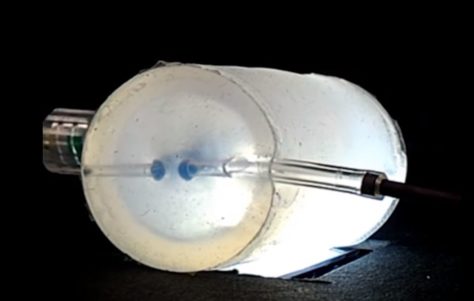 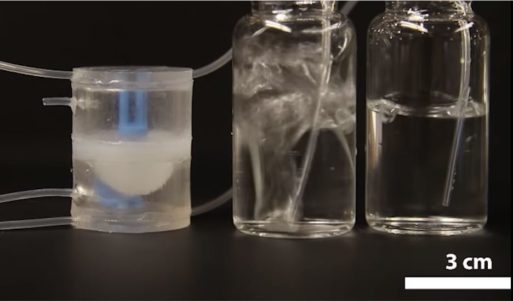 Soft robots are generally designed to imitate functionality found in living organisms. The ability for hands to grip, for example, seems simple, but without specific data to work with, robots cannot easily repeat that same functionality, nor with the same amount of agility. Adding the ‘soft’ factor provides flexibility and adaptability. Fleshy materials can conform to objects better than rigid ones, enhancing grip, and their shapes can be pushed or pulled, capabilities that are useful for maneuvering in small spaces or preventing major damage from, say, being run over by a vehicle.

As the soft robotics field expands in its development, we can look forward to new solutions in medicine, operational safety, and tasks otherwise difficult for humans to do without high cost, time, or damage considerations. For example, tubing styled after octopus tentacles could maneuver throughout the body during a surgery, minimizing its invasiveness. One could also imagine a search and rescue soft bot pushing through crevices in rubble to find victims of natural disasters.

Combined with advancements in sensor technologies, we could also see fleshy robots that look, feel, and have a sense of touch like ours. On the plus side, robot hugs might actually feel genuine, and robotic workers could operate in outside environments that lack the precision their rigid counterparts need to function properly. Unfortunately, the down sides are plentiful, and movie studios worldwide have entertained us with numerous cyborg dystopias already.

Watch the below video to see the soft valve in action: