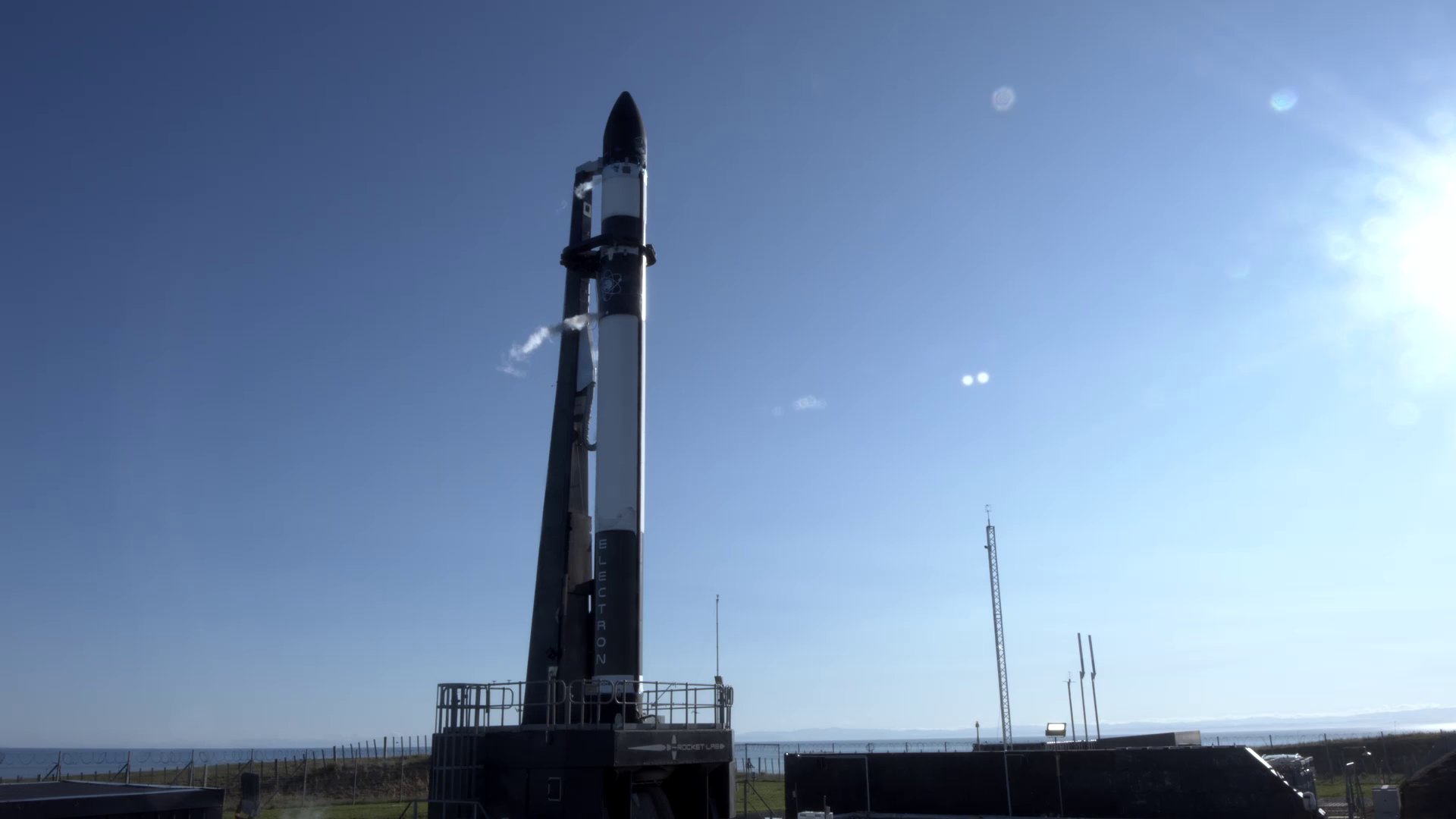 A Rocket Lab Electron rocket is pictured on the launch stand during a wet dress rehearsal ahead of the twelfth operational launch from LC-1 in New Zealand. ( Photo Credit: Rocket Lab)

During the height of the global coronavirus pandemic, SpaceX and United Launch Alliance (ULA) missions from Florida were deemed “critical infrastructure” by the US federal government. This allowed the launchers to create safe working environments supporting rocket production and steady launch cadences. However, the nation’s most prominent launcher of smallsats, Rocket Lab, headquartered in Long Beach, California took a different approach halting all production and launch related operations. Although headquartered in the US, Rocket Lab manufactures its Electron rocket in Auckland, New Zealand, and launches from its Launch Complex 1 on New Zealand’s Mahia Peninsula.

Soon after the New Zealand government initiated a strict nationwide Level 4 lockdown requiring all residents, except essential workers, to remain at home on March 23rd, Rocket Lab stood down from operational missions. Unlike in the United States, the launching and production of rockets were not deemed critical in New Zealand and could not proceed. The lockdown went into place just five days ahead of the company’s scheduled twelfth launch of Electron on March 30th. Rocket Lab announced that the “Don’t Stop Me Now” launch (named in honor of a Rocket Lab board member that recently passed away) would be postponed but did not announce a new launch date as, at the time, it was unknown just how long the nationwide Level 4 lockdown would last.

In early May, Rocket Lab was allowed to return to operational status as pandemic restrictions began to lift in New Zealand. Company founder and chief executive officer, Peter Beck, announced on Twitter that the Electron rocket had returned to LC-1 to complete a wet dress rehearsal (WDR) ahead of announcing a new targeted launch date. Rocket Lab then confirmed that all WDR objectives had been successfully met and the twelfth Electron mission would be proceeding to a targeted launch date in early June.

That's a perfect wet dress rehearsal done and dusted for our 12th Electron mission! We're excited to be back on the pad and launching soon for @NatReconOfc, @NASA, and UNSW Canberra Space. Stay tuned for launch window dates soon! pic.twitter.com/o8oM4fe5jO

Rocket Lab was quick to return to launch procedures as the Electron vehicle and LC-1 remained in “a state of readiness throughout the COVID-19 lockdown.” In a statement issued soon after the successful WDR, the company assured that “enhanced health and safety processes will be implemented for this launch in line with government health advice to protect Rocket Lab personnel. These measures include physical distancing, split shifts, maintaining contact tracing registers, and enhanced cleaning procedures.”

The twelfth “Don’t Stop Me Now” Electron mission is designated as a rideshare which will carry multiple smallsat payloads to orbit for NASA, the National Reconnaissance Office (NRO), and University of New South Wales (UNSW) Canberra Space. Electron’s Kick Stage propelled by the 3D-printed Curie engine will deliver the ANDESITE (Ad-Hoc Network Demonstration for Extended Satellite-Based Inquiry and Other Team Endeavors) spacecraft developed by teams at Boston University under NASA’s CubeSat Launch Initiative (CSLI). It will use a series of minisatellites to measure the electrical currents of the Earth’s magnetic field from low Earth orbit. The payload carried for the NRO, Rapid Acquisition of a Small Rocket (RASR) contract vehicle, follows a previously NRO-dedicated mission launched in January 2020. Finally, the twelfth launch of the Electron will also support the M2 Pathfinder (M2PF) communications satellite to low Earth orbit UNSW Canberra Space.

The next mission from #UNSWCBR Space, M2 Pathfinder, is launching on @RocketLab's Mission 12 “Don’t Stop Me Now” on June 11.

M2PF is a significant next step in flight heritage for our program of developing intelligent space systems and the development of Australian capability. pic.twitter.com/dseWRUzhzP

“Don’t Stop Me Now” has a fourteen day launch widow extending from June 11th to June 24th with a daily launch opportunity during a two-hour window 04:43 – 06:32 UTC (00:43 – 02:32 EDT). The Rocket Lab team is currently counting down to the first launch attempt scheduled for Thursday, June 11th at the top of the window at 04:43UTC (00:43 EDT) from LC-1 in Mahia, New Zealand. Fifteen minutes ahead of the launch attempt, a live stream will be posted to Rocket Lab’s social media accounts and made available on the company’s website: www.rocketlabusa.com/live-stream.