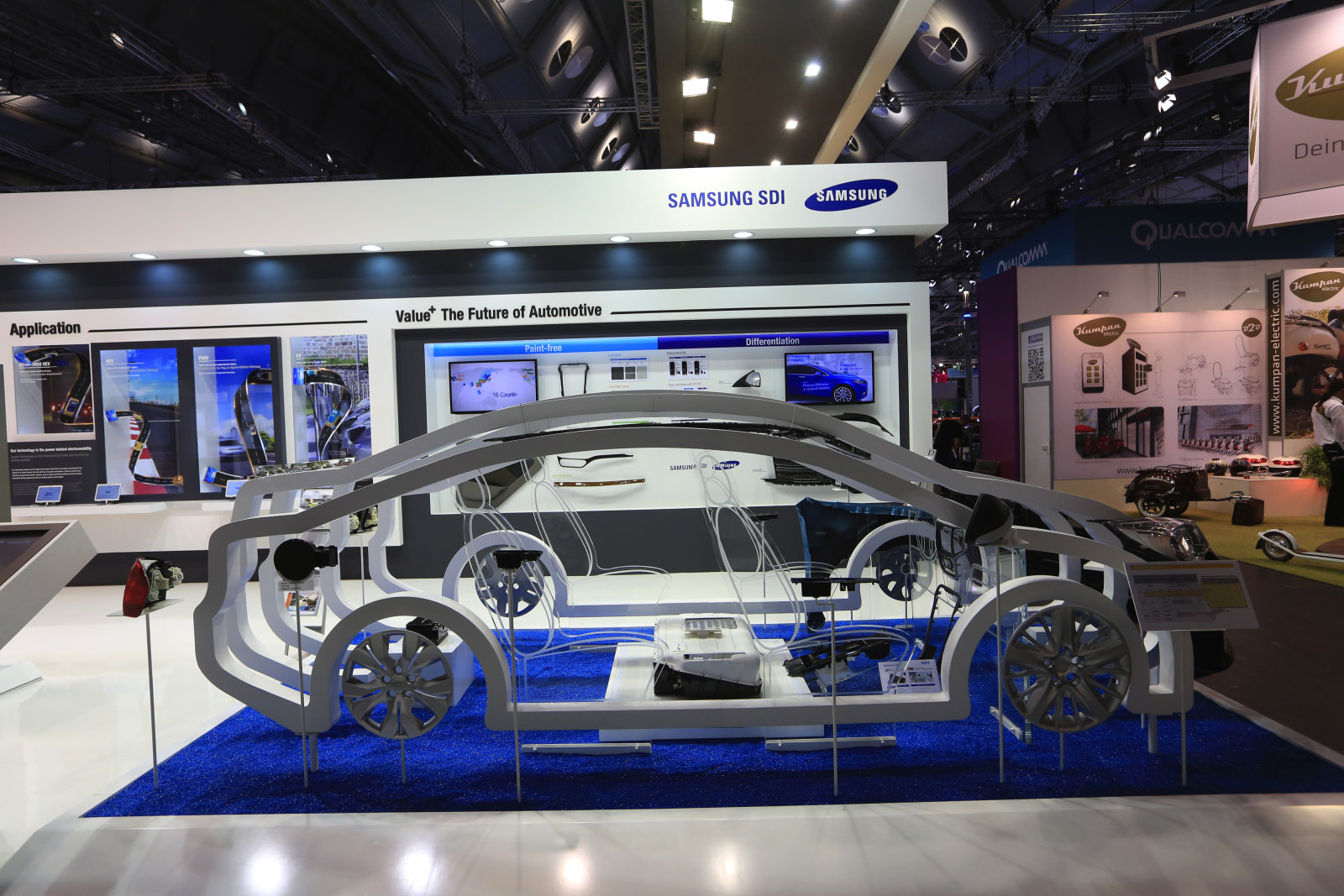 Samsung SDI has unveiled a “next generation” lithium-ion battery cell, designed for use in electric vehicles, that’s capable of achieving 373 miles (600 km) on a full charge and can be “fast charged” to 310 miles (500 km) in 20 minutes. The South Korean electronics giant made the announcement at the North American International Auto Show (NAIAS) today.

According to a statement issued by the company, the new battery innovations aimed at the rising electric vehicle market are “expected to forge the leading position of Samsung SDI in the era of electro mobility” and seen as a means to further reduce range anxiety among EV drivers. “The development of the fast charging technology is making a rapid advancement thanks to its technological know-how in materials and processes that vastly decreased the resistance inside a battery cell. With a 20min charge, you can have a driving range of up to 500km which is 80% of the capacity. This means that only 20min in the highway rest area will be enough for a battery to be charged, eliminating the range anxiety of EV drivers.” says Samsung. By comparison, Tesla’s Superchargers are capable of charging vehicles at up to 120 kW, and replenish roughly 170 miles of range in 30 minutes.

Samsung’s newest fast charging 21700 cylindrical battery cell won’t see mass production until 2021 according to the company. An official from Samsung SDI said, “The high-energy density battery cell with the fast charging capability and the integrated battery module are the innovative technologies with full potentials that can transform the market. Expectations are high that we will be able to accelerate the vehicle electrification utilizing these technologies with improved driving range, manufacturing efficiency and user convenience.”

Despite the promise of long-range EVs produced by automakers looking to gain traction within this new segment: Faraday Future recently announced a 130 kWh battery pack capable of 378 miles per single charge; the three-time award-winning Chevy Bolt is said to have 238 miles of range, and electric car startup Lucid Motors is planning for a 400-mile range electric car, also powered by Samsung SDI battery cells; the biggest challenge is having a charging infrastructure that can support continuous long distance travel. This is something that Tesla has a distinct advantage over other automakers through its global Supercharger network.

Tesla recently announced that it has begun mass production of its high performance lithium-ion ‘2170’ battery cells, built in conjunction with strategic partner Panasonic from Tesla’s $5 billion Gigafactory battery plant in Sparks, Nevada. The company published a video showing the new battery cells being ‘pumped out like bullets out of a machine gun‘.