DM-1 and Falcon 9 were greeted by an extraordinary - albeit bittersweet - dawn during their first-ever trip out to Pad 39A. (SpaceX)

Update: NASASpaceflight.com is reporting that ISS planning documents suggest that Crew Dragon’s first launch has slipped into the second half of February, perhaps February 16th.

In the midst of several confusing delays, schedule updates, and official statements, the orbital debut of SpaceX’s Crew Dragon spacecraft has made its way onto the Eastern range’s planning schedule for the first time, placing Falcon 9 B1051’s static fire and Crew Dragons launch no earlier than (NET) January 23rd and February 9th, respectively.

As the brand new spacecraft’s first attempted trip to orbit, the demonstration mission (Demo-1/DM-1) will be performed without crew aboard, allowing SpaceX and NASA an opportunity to fully verify performance and explore Crew Dragon’s capabilities without risking the lives of the astronauts that will step inside a nearly identical vehicle as early as June or July.

Obviously preliminary, but the Eastern Range is now showing the Static Fire for the DM-1 mission's Falcon 9 (B1051.1) as NET January 23, (and still showing NET February 9 as the launch date). As always, but especially this one, all very much subject to change. pic.twitter.com/EWOEpbpI9o

The US government has been shut down for more than four weeks as a consequence of the inability of elected representatives to pass and sign a funding bill, now the longest shutdown in the country’s history. As a result, more than 95% of NASA’s workforce has been furloughed, leaving around 800 people left working (without pay) across the agency in positions or groups deemed absolutely essential to avoid loss of life or property damage.

How NASA defines “essential” is unknown but it seemed improbable that the Commercial Crew Program –  around six months away from actually launching astronauts and presently marked by NASA’s attempts to complete reams of approval and certification paperwork – would fall under that extremely narrow umbrella. Delays to Crew launches are unlikely to harm hardware or directly risk harm to astronauts, although a very tenuous case could be made that delays to the program now would snowball and cause the debut of operational crewed launches to slip so far into 2019 (or even 2020) that NASA could lose assured access to the International Space Station (ISS) for several months. Again, there is no obvious way that a slip like that would actually increase the risk to life or limb for astronauts and hardware/infrastructure.

Despite the logical improbability that NASA’s Commercial Crew Program (CCP) would – at this point in time – remain operating at full capacity during an extended government shutdown, NASA provided a statement to The Atlantic earlier this week more or less implying that CCP was deemed essential and has continued to operate for the last several weeks. There is certainly some wiggle room in NASA spokesman Bob Jacobs’ comments, enough to make it ambiguous if they are primarily PR spin, frank honesty, or something in between.

A SpaceX spokesperson added [paraphrased by The Atlantic] that “if NASA made the call, the company would carry out the uncrewed [DM-1] launch”, a tactical nonanswer that redirects the impetus to NASA. It’s not clear if the people at NASA that would ‘make the call’ to launch are furloughed or not – they certainly would not be essential in the sense described by NASA’s own overview of the current shutdown’s impact. Originally targeting a launch sometime in mid to late January, an official NASA update posted on January 10th showed that Crew Dragon’s first launch had slipped into February (on the launch range for February 9th).

DM-1 and Falcon 9 were greeted by an extraordinary – albeit mildly bittersweet – dawn during their first-ever trip out to Pad 39A. (SpaceX) 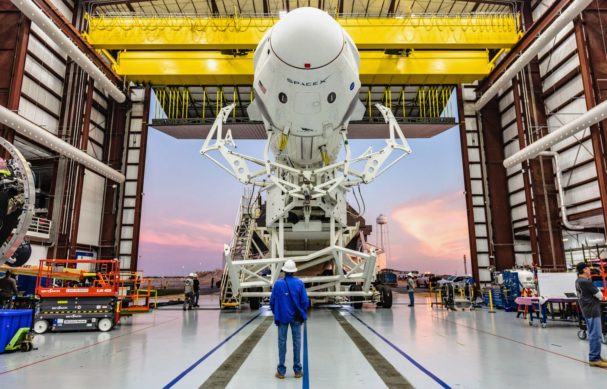 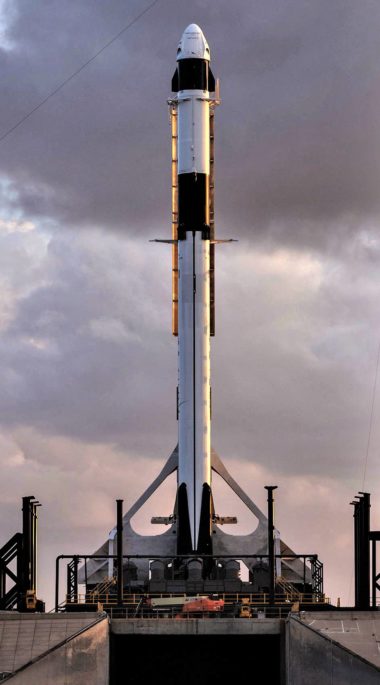 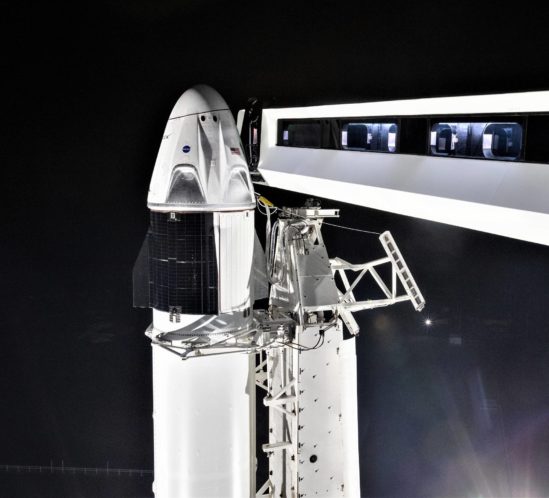 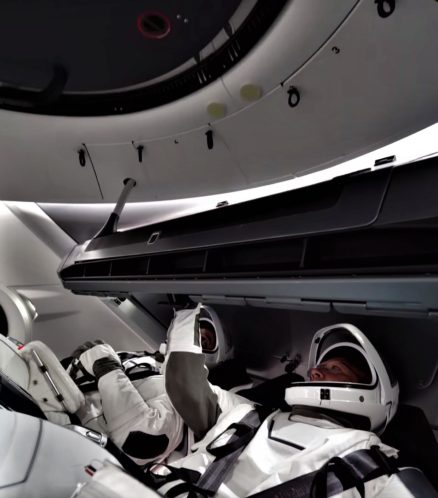 “NASA and SpaceX are now targeting no earlier than February for the launch of Demo-1 to complete hardware testing and joint reviews.” – NASA, 01/10/2019

“Hardware testing” likely refers to the need for Falcon 9 to complete a static fire at Pad 39A, a test now scheduled for January 23rd. It’s ambiguous whether SpaceX can actually perform a static fire test – a complete launch rehearsal involving full propellant loads and the ignition of all nine Merlin 1D engines – at Kennedy Space Center, a NASA operated with federal funding that does not currently exist. Although the Air Force-helmed range is operating at a normal capacity, KSC must still perform a number of basic tasks ranging from infrastructure maintenance to roadblock setup to allow a static fire test – let alone a launch – to occur. I

f SpaceX completes its NET January 23rd static fire with no problems, then it would appear to be the case that some sort of SpaceX-side delay – perhaps augmented or slowed down by NASA operating at 5% capacity – caused the slip from mid-January to mid-February. Stay tuned to find out!