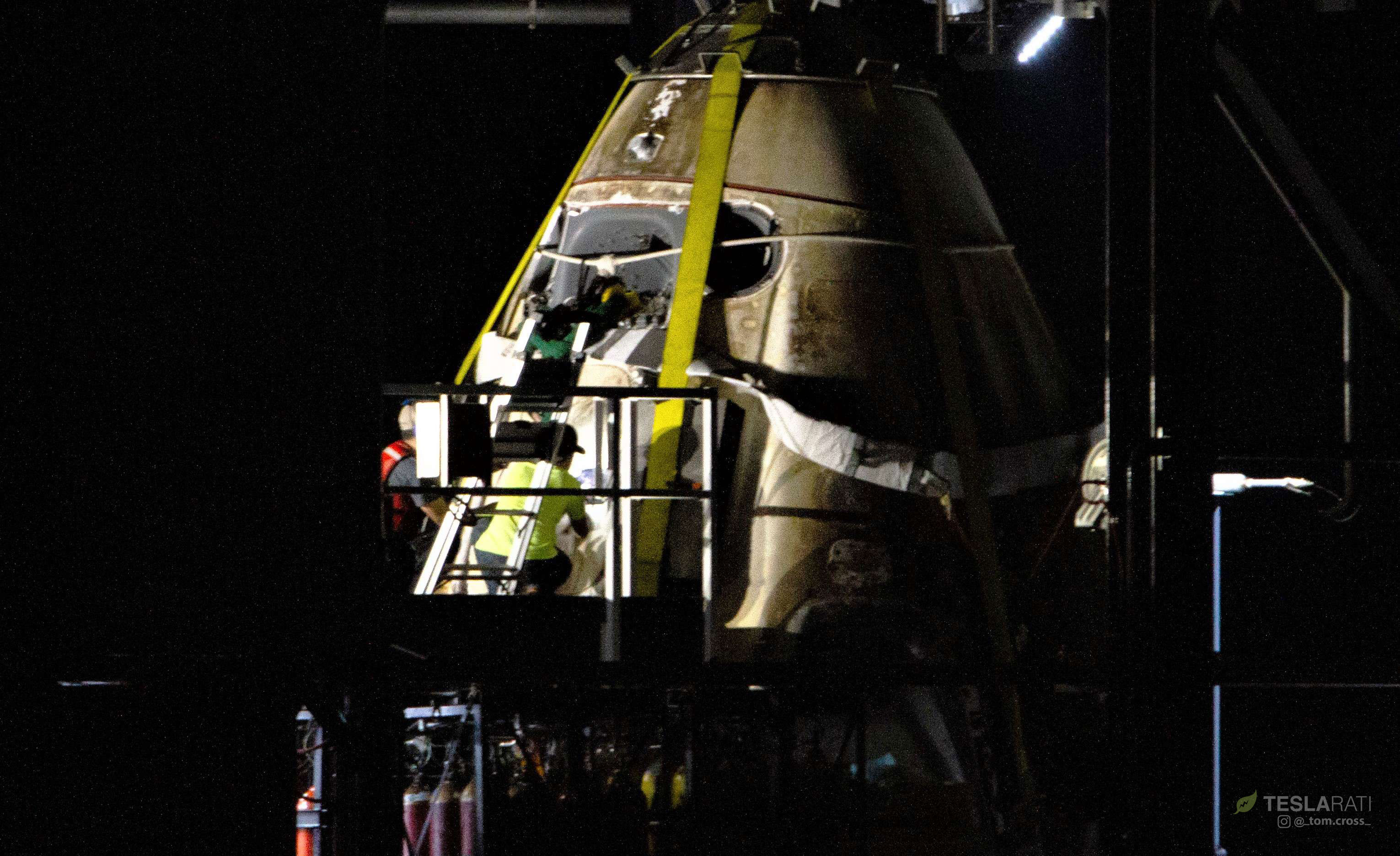 SpaceX’s Crew Dragon spacecraft successfully returned to Port Canaveral aboard recovery vessel GO , wrapping up an orbital launch debut that tracked through its milestones so flawlessly that Commercial Crew Program Deputy Manager Steve Stich went so far as to say that the spacecraft “did better than [NASA] expected.”

The culmination of the better part of a decade of constant work and NASA support, the flawless success of SpaceX’s DM-1 Crew Dragon mission is a testament – above all else – to the many hundreds of thousands or millions of hours SpaceX employees have put into the spacecraft’s design, production, operation, and recovery. While just one half of a critical pair of demonstrations, DM-1’s success should translate into extremely good odds for Crew Dragon’s Demo Mission 2 (DM-2), in which SpaceX will launch two NASA astronauts to the International Space Station on the company’s first crewed launch ever.

“I can’t believe how well the whole mission has gone. I think on every point, everything’s been nailed, all the way along—particularly this last piece. We were all very excited to see re-entry and parachute and drogue deploy and main deploy, splashdown—everything happened just perfectly, right on time the way that we expected it to. It was beautiful.” – Benji Reed, Director of Crew Mission Management, SpaceX

SpaceX Director of Crew Mission Management Benji Reed’s unqualified appraisal of Crew Dragon’s debut serves as a perfect example of the attitude almost universal throughout the company in the twilight of the mission’s completion. While sources suggest that there were more than a few hiccups during the mission, they were extremely mild and came as no surprise for what effectively amounted to the first shakeout mission of a brand new vehicle. According to CEO Elon Musk, Crew Dragon shares almost no hardware – aside from its Draco thrusters – with Cargo Dragon, the uncrewed orbital spacecraft SpaceX has now launched into orbit 17 times in the last eight years.

For such a complex spacecraft, not to mention an almost clean-sheet redesign, it’s nothing short of extraordinary that its debut launch was so utterly free of significant anomalies or unexpected behavior. Separated into the distinct phases of launch, free-flight, ISS docking/undocking, and recovery, Crew Dragon reportedly performed almost perfectly in all cases, “right on time” according to Mr. Reed. NASA’s CCP Deputy Manager Steve Stich was equally enthusiastic and elated about the spacecraft’s performance.

“On-orbit we got a lot of great data on the vehicle in terms of the thermal performance and power performance; the vehicle really did better than we expected. Then the rendezvous was phenomenal as we came in and checked out those sensors. Today; the undocking, watching how those systems performed, that went flawlessly. It’s a very tight sequence between undocking and de-orbit burn, how the nose cone performed, how the de-orbit burn was executed, then the entry was phenomenal.”

“I don’t think we saw really anything in the mission so far—and we’ve got to do to the data reviews—that would preclude us from having the crewed mission [DM-2] later this year.”

Following Crew Dragon’s March 9/10 return to Port Canaveral, the spacecraft is expected to immediately enter into a post-flight analysis and data-gathering phase that will quickly transfer into refurbishment to prepare for the capsule’s second (albeit suborbital) launch, a critical in-flight abort (IFA) test that could happen as early as April according to Elon Musk. While official planning schedules point towards the IFA occurring closer to June or even July, it’s reasonable to assume that those official schedules are highly conservative. If Crew Dragon’s significantly waterproofing and reusability upgrades make a major difference, it’s far from inconceivable that the vehicle’s second abort test could actually occur ahead of schedule, although it’s unlikely.

The in-flight abort test will effectively be a repeat of SpaceX’s successful 2015 pad abort demonstration, albeit with the stationary launch pad replaced with a full Falcon 9 rocket – first and second stage – traveling at supersonic speeds. If Crew Dragon can safely abort in such challenging conditions, it’s almost guaranteed that it will be able to safely abort at any time during a Falcon 9 launch, all the way from the moment fueling begins on the ground into orbital operations. In fact, CEO Elon Musk recently suggested that the same SuperDraco abort thrusters that enable those safe escapes could potentially be used to add yet another level of redundancy during landing, standing in for parachute damage or failures to slow the capsule down and minimize or prevent injuries during splashdown.