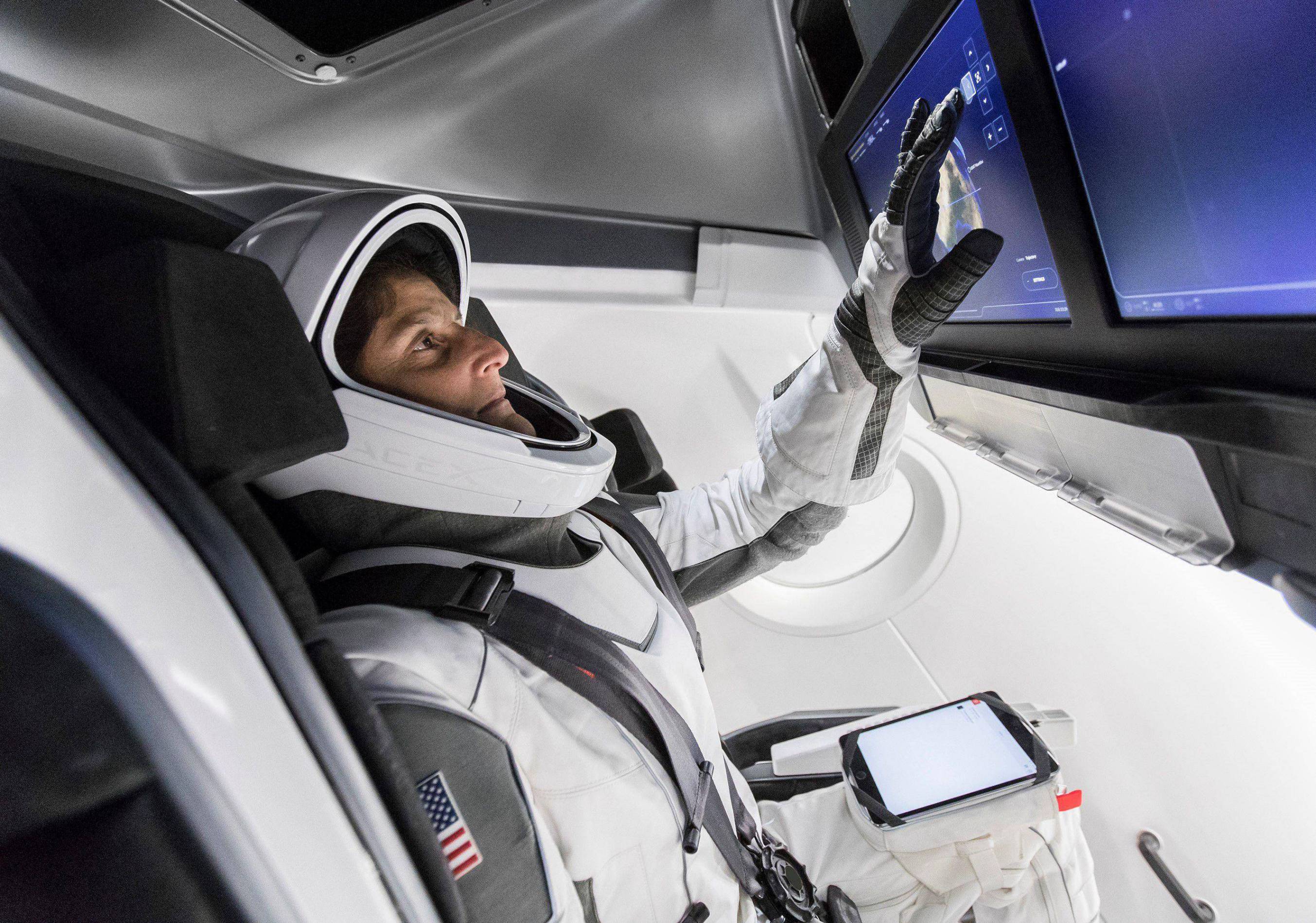 In a rare instance of publicity, SpaceX has given the public the first detailed glimpse of a NASA astronaut practicing inside a mockup of Crew Dragon’s cockpit, wearing a sleek spacesuit designed and built by private rocket company.

Taken just over a month ago, the photos show astronauts Doug Hurley and Suni Williams familiarizing themselves with the most recent iteration of Crew Dragon’s cockpit, with a focus on the control systems and display system unique to SpaceX’s spacecraft. Boeing, for example, went with a more traditional set of controls, featuring a joystick and panels of physical buttons and switches alongside a pair of small screens, largely reminiscent of cockpits one might find in the many military and civilian aircraft the company’s non-space branches assemble. 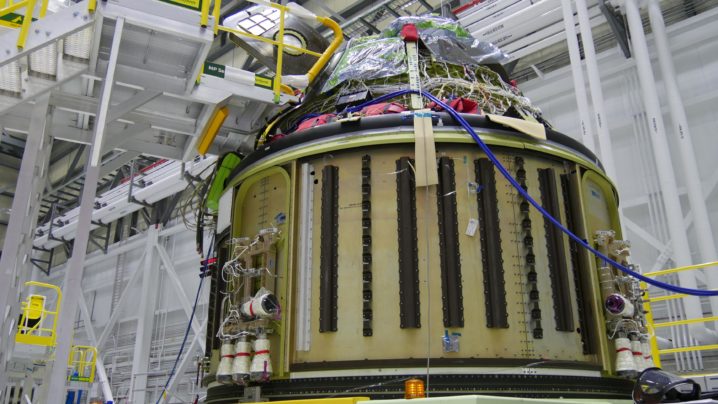 Boeing’s Starliner Pad Abort Test Vehicle is prepping for a test of its launch abort engines to prove that the vehicle can safely perform an abort maneuver in the event of an emergency on the launchpad or during flight. (Boeing) 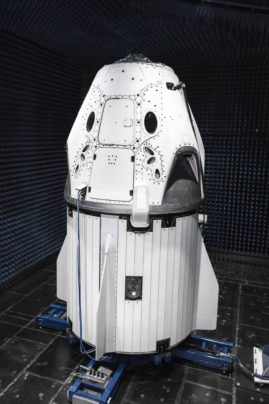 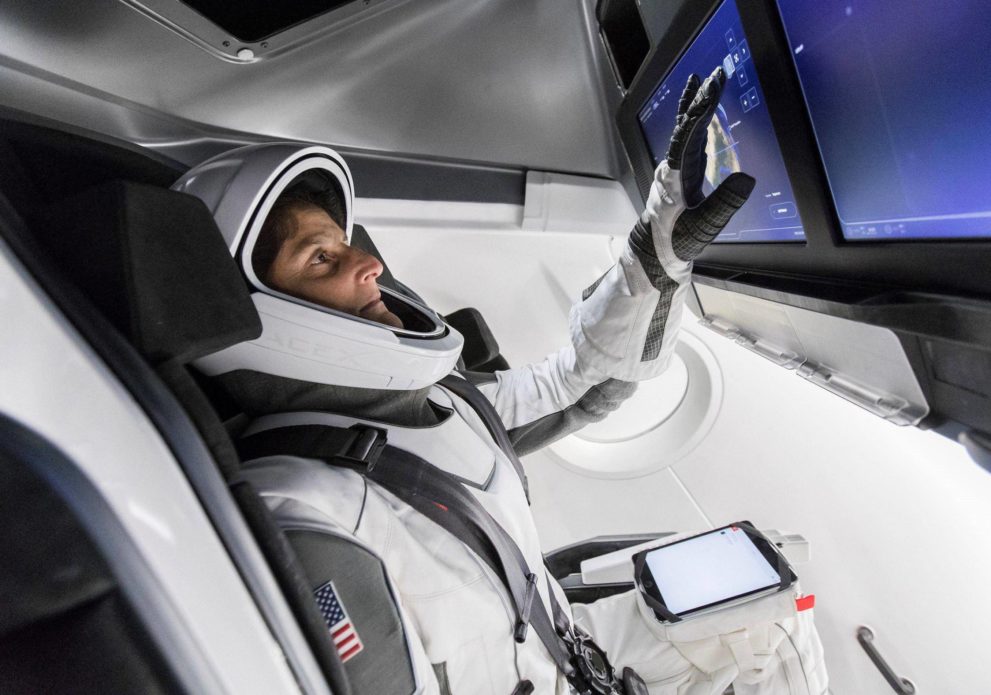 SpaceX CEO Elon Musk recently showed off the first official photo of the company’s first flight-ready Crew Dragon capsule preparing for Demo Mission-1 (DM-1), an uncrewed orbital test flight of the brand new spacecraft intended to prove out its capabilities ahead of a true crewed test flight several months after. While officially showing launch dates no earlier than August 31 (DM-1) and December 31 (DM-2), sources familiar with the Commercial Crew Program say that SpaceX is currently tracking towards its first two demo flights sometime in Q4 2018 and H1 2019 respectively, and Musk’s brief comment that the DM-1 Crew Dragon was scheduled for shipment to the launch site (Kennedy Space Center) around August 2018.

SpaceX Crew Dragon ships to the Cape in about 3 months

Arrival at the launch site will entail its own series of extensive tests, many focusing on integrated the vehicle with its Falcon 9 Block 5 launch vehicle, perhaps the first time a flightworthy Crew Dragon is attached to a SpaceX rocket. The upgraded Falcon 9s (both new) tasked with launching those first two demonstration missions are themselves already under construction at SpaceX’s Hawthorne, CA factory: the rocket intended to launch the first crewed mission is having its propellant tanks welded, while the vehicle aiming to launch an uncrewed test later this year is likely on its way to final integration and easily recognizable as a rocket.

In fact, what can only be the second Block 5 Falcon 9 booster (B1047) was captured on May 30 by a member of the /r/SpaceX subreddit on the last leg of its journey from McGregor, Texas to Cape Canaveral, Florida, indicating that a Block 5 booster recently glimpsed at SpaceX’s Texas testing facilities is likely a separate rocket, B1048. The booster meant for Crew Dragon’s first flight was confirmed by NASA officials to be B1051 in a March 2018 briefing, and the sighting of B1047 bodes very well for B1051’s shipment from the Hawthorne factory to Texas for static fire testing in the next two or three months, followed by its own journey from Texas to Florida before launching the first Crew Dragon spacecraft into orbit.

Falcon 9 B1047 is believed to be preparing to launch the Telstar 19V communications satellite sometime next month. Meanwhile, SpaceX is currently targeting 12:27am EDT on June 1 for the launch of the SES-12 satellite aboard one of the company’s final three operational flight-proven Block 4 rockets, although mediocre weather conditions place the risk of a scrub at ~60%.