Following a detailed update to SpaceX’s BFR plans and the first privately contracted mission to the Moon, CEO Elon Musk has tweeted that the company intends to stream the entire six-day journey in “high def VR”, a plan that would demand unprecedented communications capabilities between the Moon and the Earth.

Musk further confirmed that “Starlink should be active by [2023]”, suggesting – at a minimum – that the SpaceX-built and SpaceX-launched internet satellite constellation will have reached what is known as ‘initial operating capability’, pegged for Starlink at roughly 800 satellites launched.

Moon mission will be livestreamed in high def VR, so it’ll feel like you’re there in real-time minus a few seconds for speed of light

To give some rough context for what Musk wants, streaming in high-enough quality for a good virtual reality (VR) experience on a deep space voyage around the Moon will demand a sea of bandwidth that’s difficult to find even on the surface of Earth, let alone in space. A 2017 estimate pegged the bandwidth requirements for 4K VR streaming around 300 megabits per second (Mbps), while a solution more fitting for five years of iterative improvement between now and 2023 might demand almost a magnitude greater bandwidth (~3000+ Mbps).

For context, the average American internet connection hovers around 15-20 Mbps while the average 4K YouTube video takes about 25 Mbps to stream, meaning that BFR’s communications link between the ~390,000 km (240,000 mi) Earth-Moon gap would need to be anywhere from 10 to more than 100 times faster than typical Earthly connectivity. While NASA has already completed a successful tech demonstration of laser communications from the Moon to the Earth, maxing out at a rather impressive ~620 Mbps in 2013, that one-off test concluded years ago, and there simply is no infrastructure available to achieve the sort of capabilities SpaceX will need to stream a lunar voyage in VR.

Starlink to the rescue

The only possible way SpaceX could accomplish this sort of technical feat is by having their own high-bandwidth satellite constellation at least partially operational, needs that mesh reasonably well SpaceX’s public planning schedule for their Starlink constellation. Speaking in late-2017, SpaceX VP of Satellite Government Affairs Patricia Cooper laid out a timeline that would see ~800 satellites launches sometime in the early 2020s, followed later by the remaining ~3600 spacecraft in the Phase 1 constellation. Those launches would take place between 2019 and 2024.

Since then, Musk has indirectly hinted that Starlink’s schedule has slipped or stretched 6-12 months, unsurprising for such a massive technical task at hand. This still leaves a fair amount of time for some sort of initial operational capability to be realized, even if it is little more than the skeleton necessary for Musk’s high-def VR-streaming ambitions. Although the tweet response that triggered it was deleted, Musk confirmed in the comments of his original tweet that Starlink would be the relay network of choice – having an Earth network already installed would certainly minimize the need for global ground stations to receive a BFR spaceship’s continuous lunar downlink.

Yeah, Starlink should be active by then

Evidenced by previous comments from Musk and NASA execs expressing interest in developing a commercial communications relay between Earth and Mars, the thought is at least there that the Starlink satellite bus may sooner or later be called upon to serve as deep space communications relays throughout the solar system, beginning with the Moon and Mars. 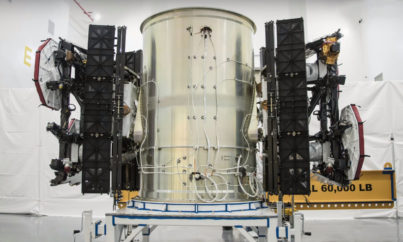 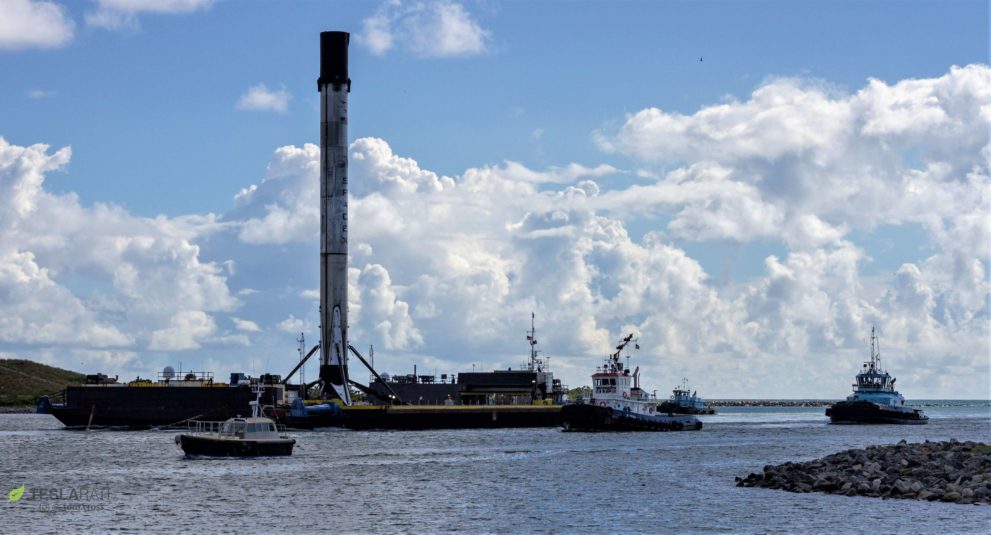 It’s possible that those distinct space environments would necessitate changes to the spacecraft’s hardware and software, but the fundamental goal of mass-producing Starlink satellites at an unprecedented scale and cost means that a few off-the-shelf satellites could plausibly be placed in relay positions under the assumption that they will die faster than those in Earth orbit. At just a few hundred kilograms apiece, Falcon 9 would have no problems launching a handful to the Moon or elsewhere, and they could potentially be included as copassengers on BFR launches, acting as a sort of a la carte communications relay for the spaceship.

Time will tell, but SpaceX fans certainly have an incredible amount of things to look forward too from the last 48 hours alone, regardless of whether the #dearMoon BFR mission’s 2023 launch target slips (spoiler: it probably will).