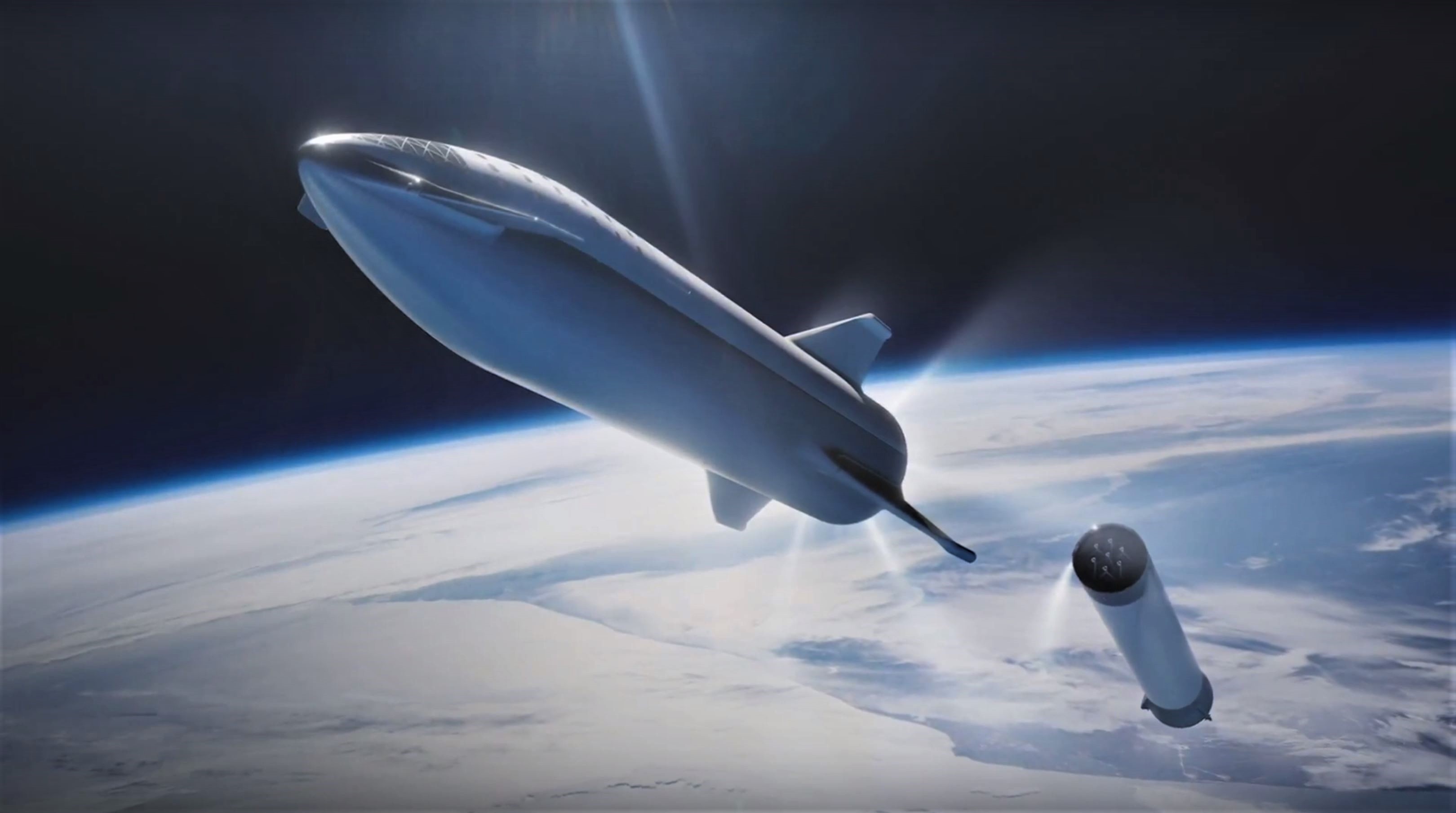 Speaking before a crowd of roughly 100 members of the press and even more SpaceX employees, CEO Elon Musk and lunar tourism customer Yusaku Maezawa presented and answered questions for more than an hour and a half, over the course of which Musk made public a number of updates to the company’s BFR booster and spaceship.

Maezawa, on the other hand, revealed a wholly unexpected plan for private lunar tourism deemed #dearMoon, built upon the goals of both (partially) funding development of BFR and placing a group of 6-8 international artists aboard a SpaceX spaceship for a journey around the Moon as early as 2023.

This is BFR from @spacex #dearMoon pic.twitter.com/jZiu1RHqUN

Lacking no ambition, both BFR and #dearMoon have a vast amount of work to complete before their aspirations can be realized. Foundational to an unprecedented private voyage around the Moon, BFR is where this story begins, and SpaceX’s latest 2018 variation on the concept has departed from the 2017 vehicle’s design, with the majority of those changes centering around the upper-stage spaceship, known as BFS.

Those changes can generally be sorted into three main categories: new wings and fins, new operational strategies for spaceship landings, and new a Raptor engine layout. 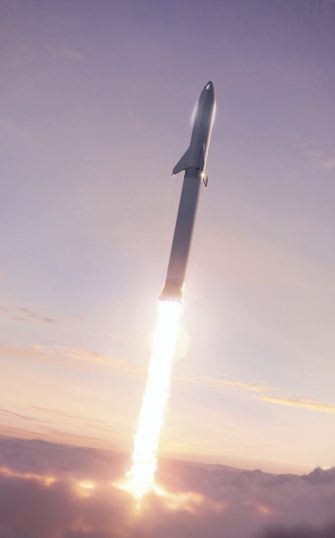 A full BFR booster and spaceship visualized during launch. (SpaceX)

SpaceX’s 2018 BFR spaceship shows off new fins and forward canards, of which only the central tail fin is not an active control surface. (SpaceX)

The most immediately visible difference between the spaceships of 2017 and 2018 can be found with both crafts’ aerodynamic surfaces and control implements. BFR (2018) now features three distinct fins in a tripod configuration, although Musk stated that the tail fin was scarcely a fin at all and essentially present for the sole purpose of being the third landing leg. Perhaps the most unusual feature of these new tripod fins is that the lower pair have been designed to be massive, agile control surfaces necessary for reentry and landing on planets or moons with significant atmospheres. Those three fins will simultaneously act as landing legs and critical control surfaces while operating in an atmosphere.

Additionally, BFR (2018) has been updated to include a pair of forward canards that will effectively act as a stand-in for grid fins on the spaceship, whereas the booster will simply have traditional titanium grid fins, judging from an official render of the full rocket. Compared with the delta wing or stubby winglets of 2016 and 2017 variants, BFR (2018) will have far more aerodynamic control authority, improving the versatility and stability of the vehicle during atmospheric reentry, flight, and landing on Mars, Saturnian moon Titan, and – most importantly – Earth.