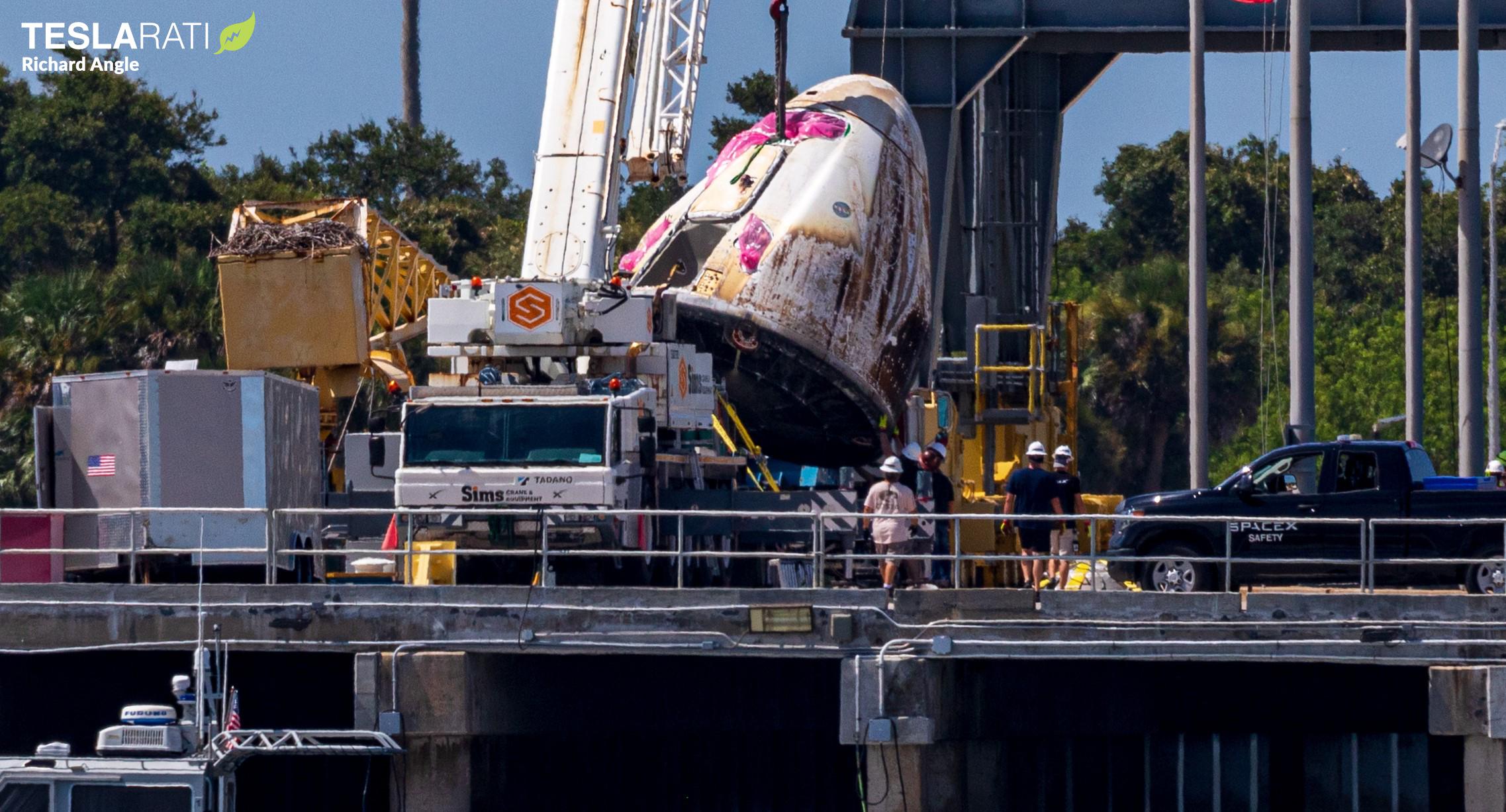 Four days after reentering Earth’s atmosphere and splashing down in the Gulf of Mexico, SpaceX has safely returned its second upgraded Cargo Dragon spacecraft to dry land back Florida’s East Coast.

On Thursday, July 8th, the uncrewed SpaceX spacecraft officially undocked from the International Space Station (ISS) after more than a month in orbit. When the Cargo Dragon 2 vehicle lifted off on Falcon 9 last month, it was carrying more than 3.3 metric tons (~7300 lb) of food, water, science experiments, and space station hardware – an all-time record for SpaceX and Dragon. When the same spacecraft returned to Earth 36 days later, it splashed down with more than two metric tons (4400 lb) of cargo in tow.

Nine years after Dragon became the first privately-developed spacecraft ever to successfully rendezvous with the International Space Station, it remains the only spacecraft in the world capable of returning significant cargo from orbit, making Dragon truly invaluable.

Over the course of 25 successful orbital Dragon launches and recoveries, SpaceX has used the vast majority of that exclusive capability to safely return approximately 40 metric tons (~90,000 lb) of crucial science experiments, hardware, and more from the space station to Earth.

Derived from the Dragon capsule’s inherent recoverability, that unique ability to return cargo from orbit has also translated into SpaceX becoming the only entity on Earth regularly reusing orbital spacecraft – second only to NASA and the Space Shuttle. While Dragon is far from the Space Shuttle’s record average of more than two dozen missions per orbiter, SpaceX has reused Dragon capsules ten times and flown capsules on three orbital missions in three separate instances.

Crew Dragon and Cargo Dragon 2 build off of that not-insignificant foundation with several iterative improvements, resulting in spacecraft that are far easier and faster to turn around and nominally capable of at least five orbital flights each. Unlike Dragon 1, NASA has also been onboard with Dragon 2 reuse from the start, meaning that SpaceX won’t have to wait years to start reusing its fleet of orbital spacecraft.