Electric automaker Rivian is looking to revolutionize the commonly-used three-point turn with a new patent. The “K-Turn” will allow Rivian owners to maneuver in the same manner as a three-point turn without utilizing such a large space, making the maneuver more readily available when the vehicle is confronted with a confined space.

Rivian filed the patent in 2019, but the United States Patent Office just recently published it on July 1st. The patent, titled “Systems and Methods for Providing a Vehicle with a Torque Vectored K-Turn Mode,” breaks down how the functionality will work and what it would be used for.

When the mode is activated, the front wheels will spin forward as normal, and they will be turned in one direction to force the vehicle to spin in one direction. However, as opposed to the actions of a normal three-point turn, the back wheels will actually spin backward, the opposite direction of the front wheels. This will keep the rear wheels stationary while effectively rotating the car while the back tires remain stationary. When roadways or pathways are narrow, and not a lot of room is available to complete a change of direction with the typical three-point turn, the K-turn will allow the vehicle to point in another direction. 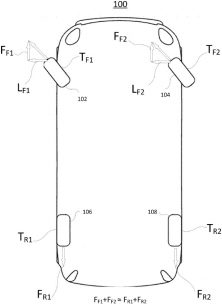 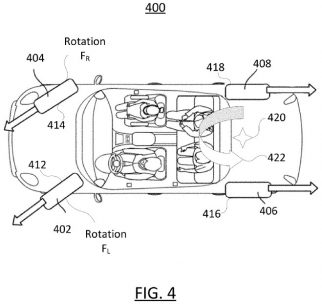 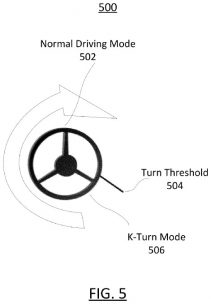 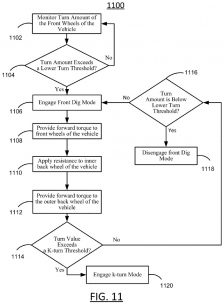 A similar concept is described with Rivian’s “tank turn,” a feature that will allow the vehicle to spin 360 degrees while remaining in the same location. The function is just a more convenient and efficient way to change directions when it’s broken down into a simpler explanation.

Both the R1T and R1S will likely pack the feature, and it will undoubtedly come in handy when the vehicles hit the market later this year. Rivian has certainly made it clear that their vehicles are fit for the outdoor adventurer, and the K-turn could get several owners out of a sticky situation in the woods or trails, especially in confined spaces.

Check out the full patent below.