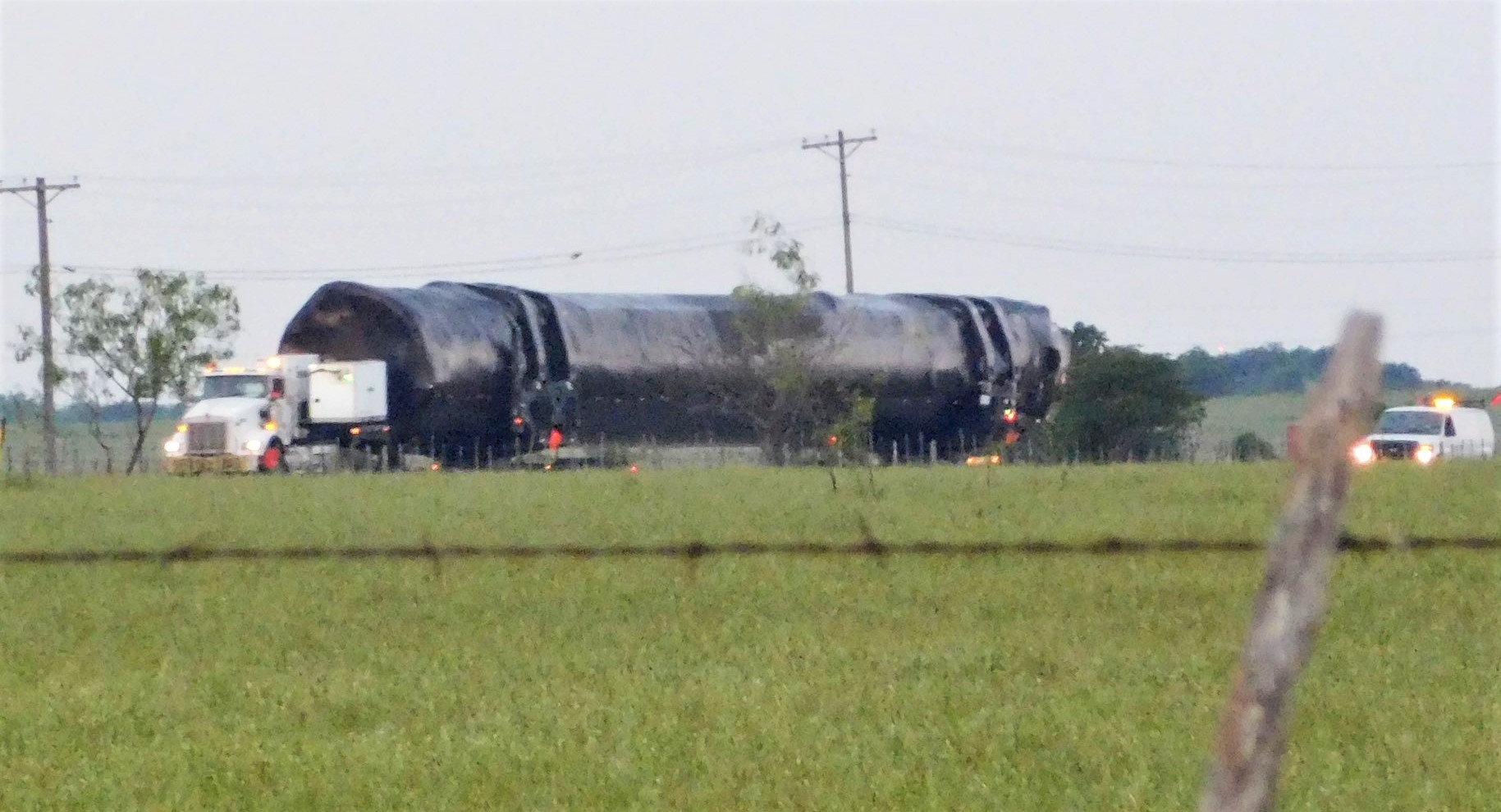 For the first time in eight months, SpaceX has delivered a new Falcon 9 booster to its Florida launch facilities in preparation for the second launch of its upgraded Cargo Dragon 2 spacecraft.

Known as B1067, the rocket is the first new Falcon 9 booster produced – or delivered – by SpaceX since Falcon 9 B1062 arrived in Florida around early September 2020 to support the US military’s fourth upgraded GPS III satellite launch. Scheduled to debut as early as 1:25 pm EDT (17:25 UTC) on Thursday, June 3rd, SpaceX has assigned the new Falcon 9 booster to support Cargo Dragon 2’s second International Space Station (ISS) cargo delivery for NASA.

Much like B1067, the CRS-22 mission’s upgraded Cargo Dragon spacecraft will also be fresh from SpaceX’s Hawthorne, California and flying for the first time. At this point in the company’s history, new Falcon 9 boosters have never been rarer. For the better part of the last nine months, SpaceX’s Falcon production operations have been heavily focused on the production of an all-new Falcon Heavy rocket (plus at least a second ‘center core’) for two back-to-back launches planned in the second half of 2021 – the first since 2019.

Shortly prior, SpaceX rapidly churned through multiple new Falcon 9 boosters, delivering Falcon 9 B1058, B1060, B1061, B1062, and B1063 for launch debuts that all occurred between May and November 2020. B1062 – the final booster to head east – arrived in Florida in late August or early September. For the next six months, SpaceX gradually shipped, tested, and delivered three new Falcon Heavy boosters – B1064, B1065, and B1066. All three are now likely somewhere in Cape Canaveral, waiting to be integrated for Falcon Heavy’s first launch since June 2019 – likely sometime in July 2021.

In a rare display of speed for SpaceX’s McGregor, Texas test facilities, the company wrapped up that new Falcon Heavy center core’s static fire acceptance testing mere days before a new Falcon 9 booster – B1067 – went vertical on the same stand for its own round of tests. The company wrapped up that process in less than two months, ultimately sending the Falcon 9 booster on its way to Florida around May 14th and it arrived at Kennedy Space Center two days later – the first such new arrival since September 2020.

In the six months since the last debut of a new booster, SpaceX has launched Falcon 9 19 times. In fact, almost five months into 2021, SpaceX has successfully completed 15 orbital missions without the use of a single new booster – the latest indication of just how fully reusability is now integrated into the company’s operations.