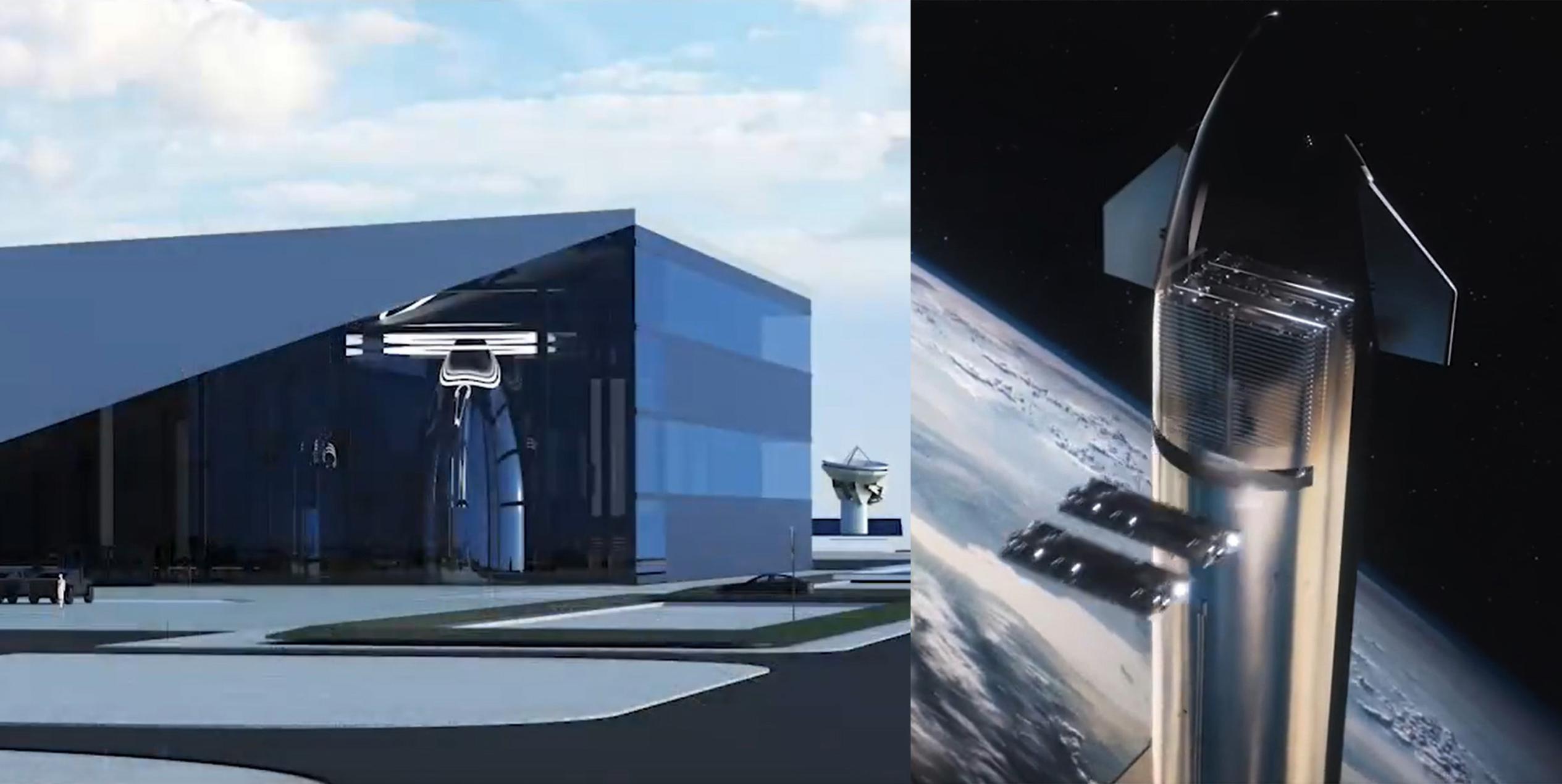 The future of Starlink satellites and Starship manufacturing. (SpaceX)

CEO Elon Musk has shared a slideshow from a recent SpaceX all-hands meeting, revealing the company’s current priorities, sources of pride, and the first official renders of a few future projects.

The last seven or so months have been a landmark period for SpaceX’s workhorse Falcon 9 rocket. For the first time ever, the company is actually matching or exceeding extremely lofty launch cadence targets publicly revealed by Musk earlier this year. In the first five months of 2022, SpaceX has completed 22 successful launches. In the last seven months, SpaceX has completed 30 launches. SpaceX also has at least five launches nominally planned for June, meaning that the company is on track to launch just over once per week in the first half of the year after Musk revealed a goal of 52-60 launches in 2022.

SpaceX’s Dragon spacecraft continue to excel, as well. Cargo Dragon is on the brink of its 26th space station cargo delivery, while Crew Dragon remains the United States’ only way to launch NASA astronauts to the International Space Station it spent tens of billions of dollars to help build. Crew Dragon’s private career is also off to an excellent start, with two all-private launches already down and a third and fourth planned in late 2022 and early 2023 on top of regular NASA transport missions.

According to Musk’s slide deck, SpaceX’s Starlink satellite internet constellation has secured close to half a million customers in 32 countries two and a half years after operational satellite launches began. The constellation has almost 2400 working satellites in orbit, of which almost 1800 are operational. There’s a good chance that half of all active satellites will be owned and operated by SpaceX within the next few months. SpaceX has also delivered more than 15,000 Starlink dishes to war-torn Ukraine and announced its first airline connectivity partnerships within the last few months.

Lastly, the CEO published the first official renders of SpaceX’s next-generation Starlink V2.0 satellites and the massive Pez dispenser-style mechanism Starships will initially use to deploy the massive spacecraft in orbit. Based on the renders, SpaceX appears to have more or less upscaled its existing rectangular Starlink V1.x satellite design by a factor of two, producing a spacecraft that will measure about 7 x 3 meters (23 x 10 ft). Curiously, the Starlink dispenser and tiny payload ‘slot’ shown only appear to allow Starship to carry around 60 satellites, suggesting that the company will need to develop a different deployment method to achieve its ultimate goal of launching 110-120 satellites at once.

Finally, on top of sharing the first photo of Raptor engine installation on Super Heavy Booster 7, which could support Starship’s first orbital launch attempt later this year, Musk also revealed the first official renders of a pair of next-generation Starship factories SpaceX has already begun building. In South Texas, SpaceX is both expanding its existing Starship factory and replacing the three main sprung structures (tents) where most pre-stacking work has been done for the last two years with a single massive, permanent building.

At a new and rapidly growing SpaceX facility located on NASA Kennedy Space Center property, the company is simultaneously building a second next-generation Starship factory to supply multiple planned Florida launch sites with their own Starships and Super Heavy boosters.