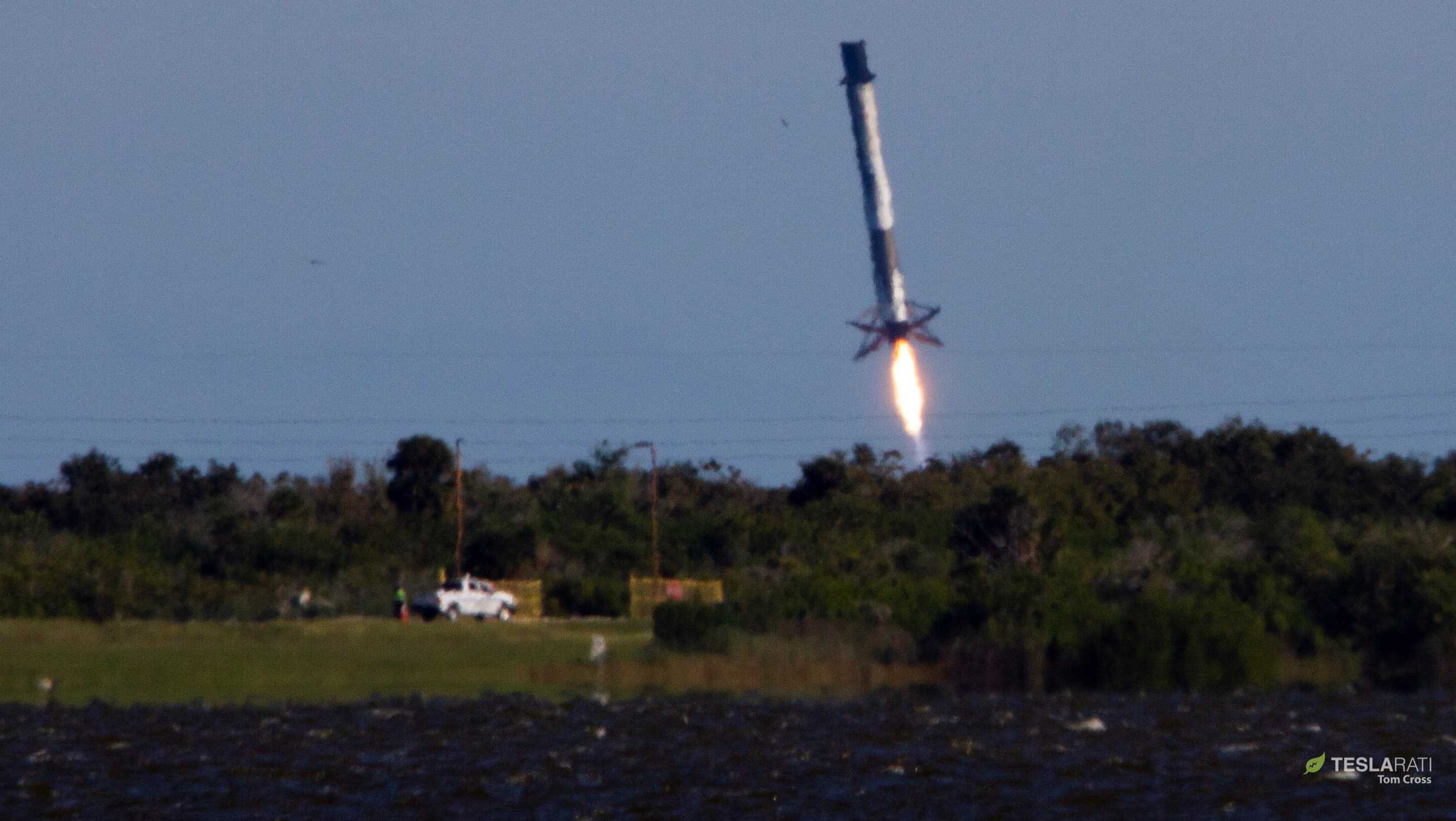 Falcon 9 B1050 fought til the end, coming to a shockingly soft landing despite spinning rapidly. (Tom Cross)

In an extraordinary bit of live footage, SpaceX’s first Falcon 9 Block 5 launch of the Cargo Dragon spacecraft was topped by a spectacular partial failure of the Block 5 booster during its attempted recovery at Landing Zone-1 (LZ-1).

Despite this off-nominal recovery, Falcon 9 successfully placed Cargo Dragon into what John Insprucker deemed a highly accurate orbit, leaving the spacecraft to make its way to the International Space Station between now and Saturday. CEO Elon Musk further noted that Falcon 9 B1050 – despite landing in the ocean – was intact and still transmitting telemetry, potentially allowing SpaceX to still recovery the forlorn rocket.

What exactly went wrong is entirely unclear but roughly 30 seconds before a planned landing at LZ-1, Falcon 9 B1050 – shown live on SpaceX’s webcast – began to spin at an increasingly rapid pace, visibly losing some of its aerodynamic control authority before SpaceX cut the live feed. In the background, viewers could still hear the team on-console making callouts as the rocket’s landing burn started, culminating in a call for the landing team to “move to contingency procedure[s]”, the only SpaceX affirmation that something went wrong.

Above all else, it’s important to remember that the primary mission – sending Cargo Dragon to the ISS – continues to proceed nominally. In other words, Falcon 9 performed fine during ascent and only exhibited off-nominal behavior during the booster’s attempted landing after separating from the upper stage and Dragon payload. 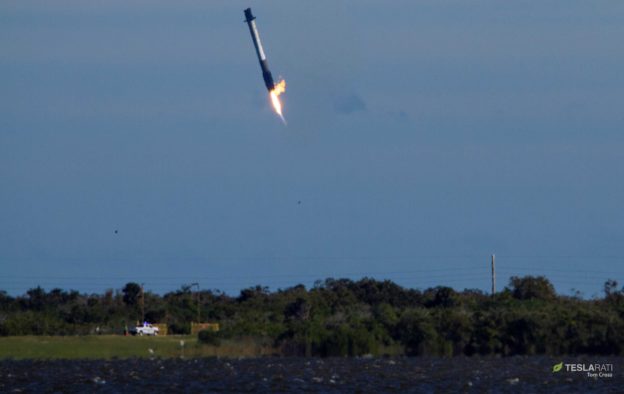 Despite major problems, Falcon 9 somehow pulled off a successful soft-landing in the Atlantic. (Tom Cross) 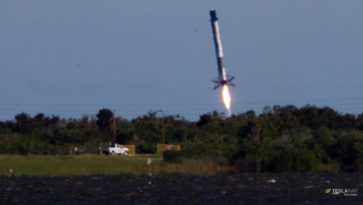 Falcon 9 B1050 fought til the end, coming to a shockingly soft landing despite spinning rapidly. (Tom Cross) 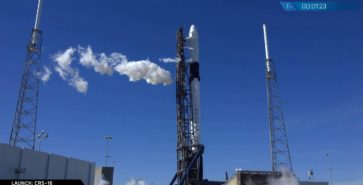 CRS-16 one minute before launch. (SpaceX) 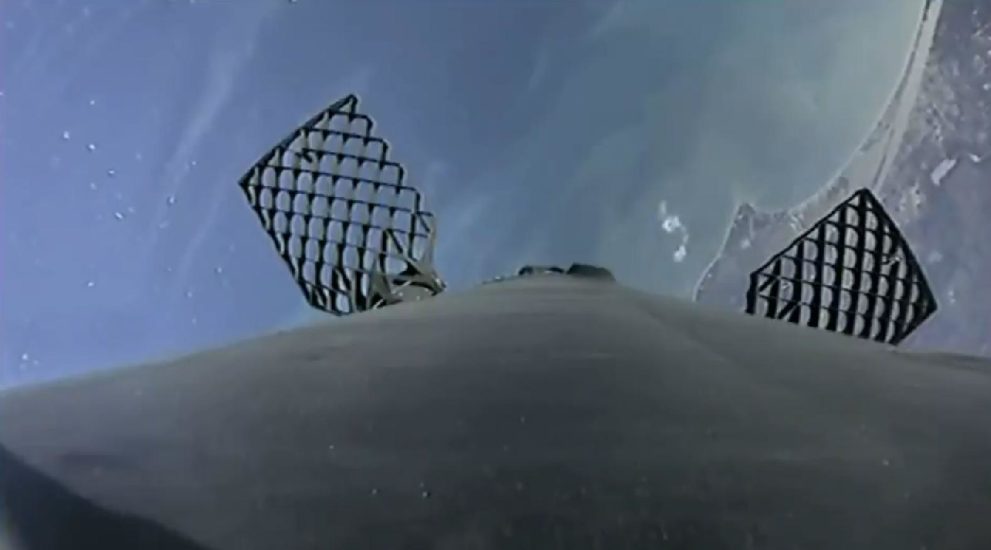 Falcon 9 B1050 seen shortly before a grid fin lost control, throwing the rocket into a near-uncontrollable spin. (SpaceX)

CEO Elon Musk took to Twitter soon after the breathtaking loss of control and expected landing time, stating that the SpaceX team currently pegged the failure on a grid fin’s stalled hydraulic fin, which ultimately caused the wild spinning seen in the webcast. Although it is almost without a doubt too early to actually know if the booster is in good enough condition to ever fly again, Musk seemed to directly suggest that it could eventually relaunch in support of an “internal SpaceX mission”, basically either Starlink or tech development.

Stay tuned as SpaceX and Musk continue to offer updates on the continuing Cargo Dragon mission and attempted Falcon 9 recovery. SpaceX’s webcast recap can be viewed below.