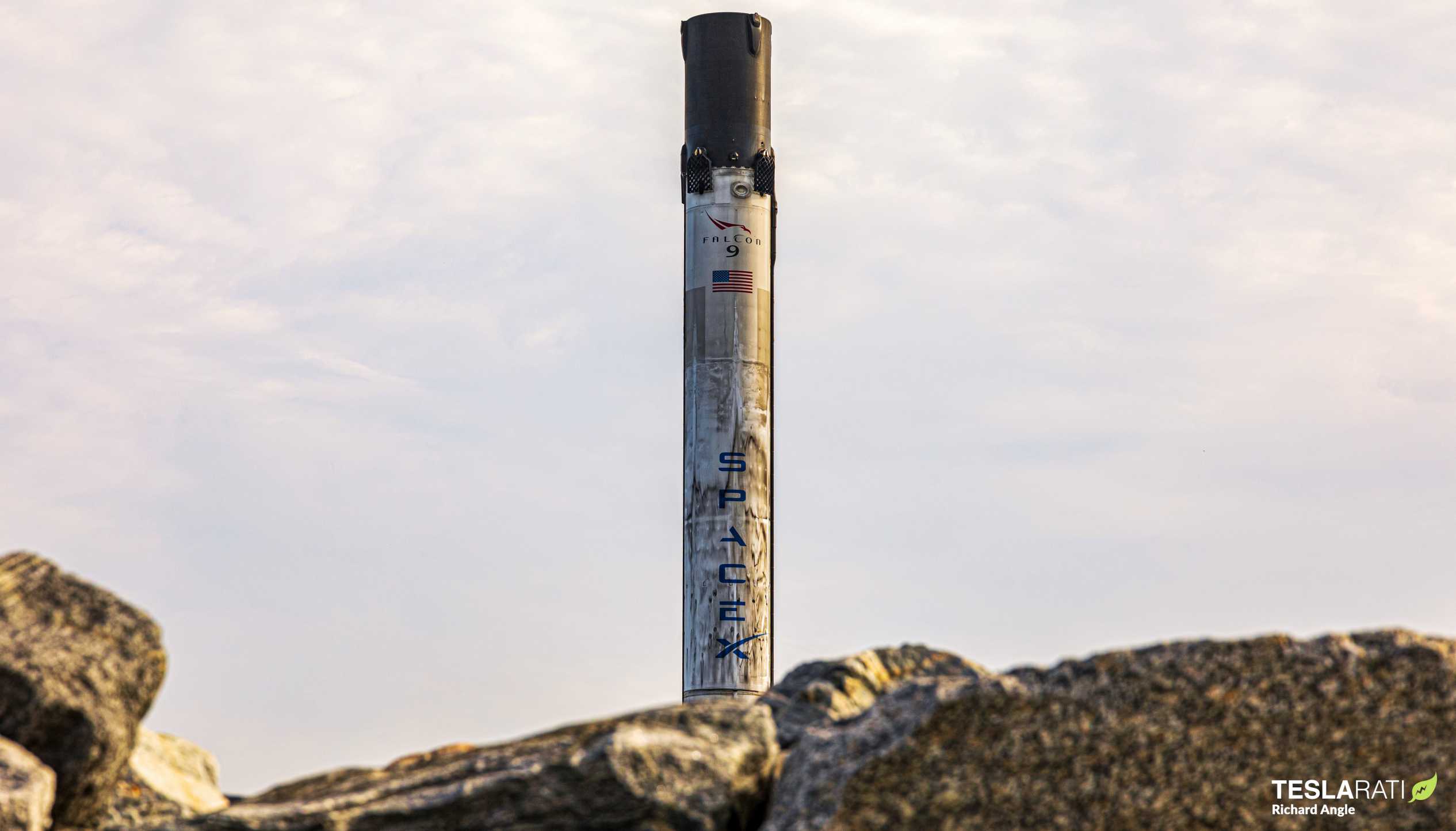 SpaceX has safely returned Falcon 9 booster B1060 to shore after its first flight, adding a brand new booster to the fleet. (Richard Angle)

SpaceX has added a second new Falcon 9 booster to its rocket fleet in just one month after B1060 safely returned to shore aboard drone ship Just Read The Instructions (JRTI) on July 4th.

Exactly 31 days prior, Falcon 9 booster B1058 sailed into Port Canaveral aboard drone ship Of Course I Still Love You (OCISLY) on June 3rd after becoming the first private rocket in history to launch astronauts into orbit. Prior to B1058’s successful May 30th launch and landing debut, SpaceX’s fleet of available flightworthy boosters appeared to be just three strong, comprised of B1049, B1051, and B1059. Supposedly (relatively) easy to reconfigure into regular Falcon 9 boosters, twice-flown Falcon Heavy side boosters B1052 and B1053 remain wildcards that seem unlikely to re-enter circulation anytime soon.

In other words, SpaceX has grown its fleet of flight-proven Falcon 9 boosters by almost 70% in a single month, undoubtedly bringing with it some welcome sighs of relief for the second half of the company’s 2020 launch manifest. Given just how ambitious SpaceX’s plans are for the next six months, both boosters are set to be invaluable assets in the near term.

Postponed from June for unknown reasons, July could potentially be SpaceX’s busiest month of launches ever. The 10th overall Starlink launch – also SpaceX’s second Starlink rideshare – is on track to lift off with Falcon 9 booster B1051 on its fifth flight no earlier than (NET) 11:59 am EDT (16:59 UTC) on July 8th. Initially scheduled around June 22nd, B1051 no longer has a shot at beating SpaceX’s booster turnaround record, but it could snag a four-way tie with Falcon 9 boosters B1048, B1052, and B1053 at 74 days between launches.

Up next, SpaceX is scheduled to launch the ANASIS II South Korean military communications satellite as early as July 14th. Perhaps just 11 days after that, another Falcon 9 rocket is scheduled to attempt the United States’ first East Coast polar launch in half a century with Argentina’s SAOCOM 1B Earth radar satellite mission. As of now, ANASIS II is expected to launch on booster B1058 according to Next Spaceflight, potentially crushing SpaceX’s booster turnaround record by 17 days (>25%). The Falcon 9 booster assigned to SAOCOM 1B remains a mystery at this point, although B1059 or B1049 are the obvious candidates, with B1060 a close third.

Finally, SpaceX has another Starlink mission – Starlink V1 L10 – scheduled to launch no earlier than late July, likely flying on either Falcon 9 B1049 or B1060.

For SpaceX to achieve its goal of 2-4 launches per month for the rest of the year, it looks like its newly expanded fleet of Falcon 9 boosters is going to have to routinely break or at least skirt turnaround records of just a handful of weeks. As an example, in July alone, SpaceX will need to use four of its five-booster fleet to complete the four launches it has scheduled, while the fifth booster last launched on either June 3rd, 13th, or 30th.

SpaceX has at least two additional Starlink missions scheduled in August, meaning that both B1051 and B1058 will need to launch just 40-50 days later to sustain that cadence. Thankfully, September should bring a bit of respite heading into Q4 2020 if both Falcon 9 boosters B1061 and B1062 debut on scheduled in mid-September (Crew Dragon’s first operational astronaut launch) and September 30th (GPS III SV04), respectively. If successfully recovered, SpaceX’s fleet will grow to seven boosters strong – likely more than enough to sustain an average cadence of one launch every 10-14 days.