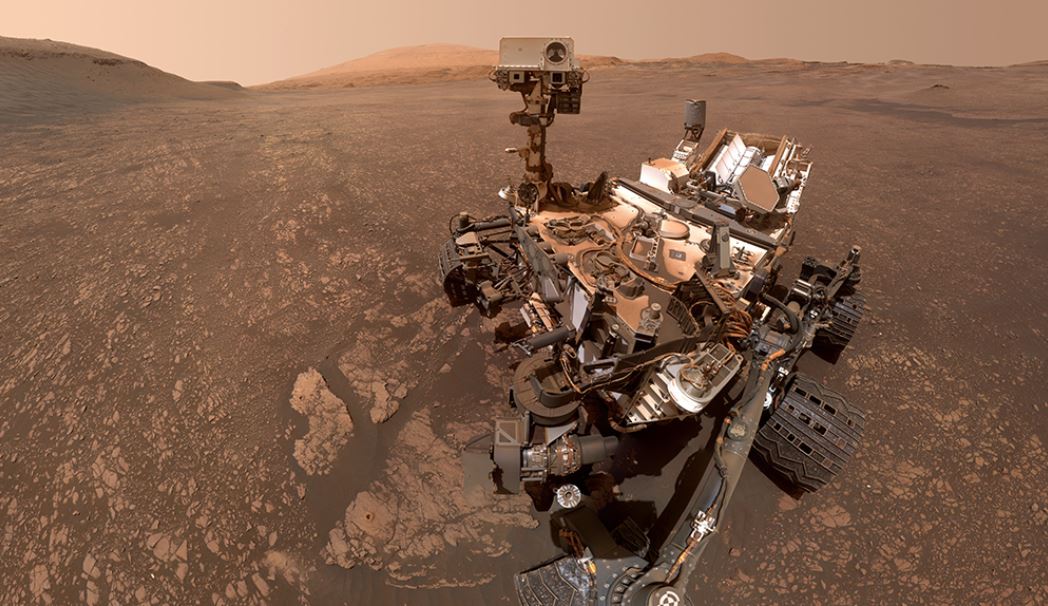 Humans stuck on Earth may have had to rearrange some of their summer vacations this year, but on Mars, NASA’s Curiosity rover is moving right along with its plans to embark on a scenic, one-mile long detour. Its destination? The “sulfite-bearing unit” region of a mountain the ten-foot long robotic explorer has been climbing since 2014.

Curiosity is currently in the “clay-bearing unit” of Mount Sharp, a feature in the middle of Mars’s Gale Crater. This mountain is formed from layers of sediment deposits, and scientists think it used to be full of water, meaning it could provide clues about ancient microbial life. Additionally, each layer of sediment will provide data to help put together the history of the red planet’s transition from an Earth-type environment to its current status.

While Curiosity may only be traveling a shorter distance than its handlers probably do during a normal trip to the grocery store, Thanksgiving may arrive by the time it gets there. That time consumption isn’t just the result of experiments being done along the way. Although the rover is the size of a small SUV, its maximum speed is under 300 feet per hour, and there are numerous obstacles it needs to avoid.

Actually, Curiosity’s mile-long summer journey arose from a large obstacle by way of a sand patch between the clay and sediment units. Scientists, who are driving Curiosity from home these days rather than the laboratory, don’t want the misfortune of getting the rover stuck. The scenic route isn’t always an accident – on Mars, it’s the other way around, apparently.

NASA’s Curiosity launched aboard an Atlas V 541 rocket on November 26, 2011 and landed on Mars on August 5, 2012. Its main mission was to find evidence of a past environment on the red planet that could have supported microbial life – this objective was met within the first eight months it spent on the planet.

The below video outlines Curiosity’s journey on Mount Sharp and provides a flyover view of the two units it’s journeying between this summer.