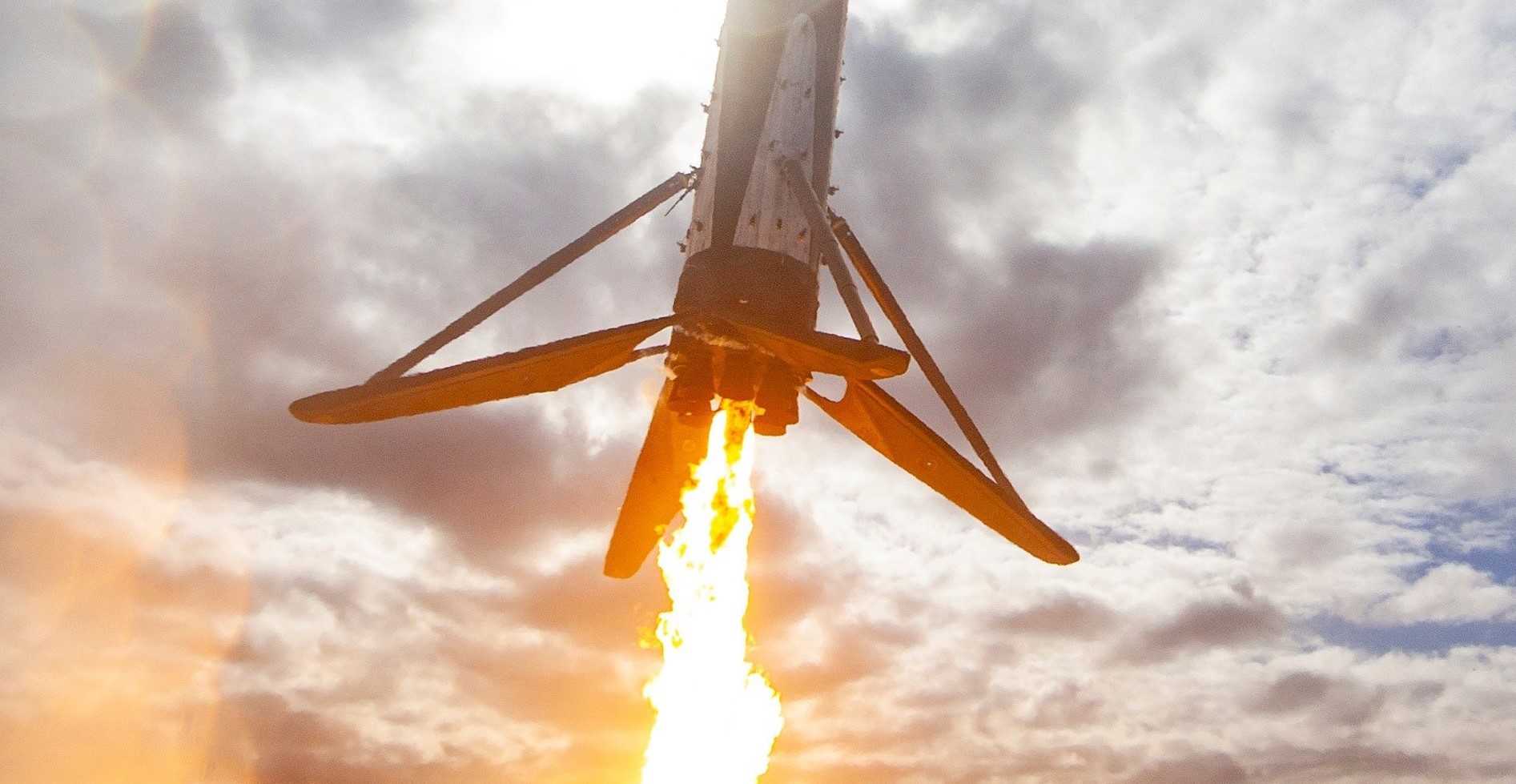 Falcon 9 B1048 lands aboard drone ship OCISLY after its fourth successful launch. In a surprise, SpaceX's next launch is now also expected to feature a drone ship recovery. (SpaceX)

SpaceX has successfully fired up a new rocket ahead of what is now believed to be a surprise Falcon 9 booster drone ship landing, to follow shortly after the company’s upcoming CRS-19 Cargo Dragon resupply mission for NASA.

Around 5:30 pm EST (22:30 UTC) on November 26th, a Falcon 9 rocket – featuring a rare unflown booster – successfully performed a wet dress rehearsal (WDR) and ignited all nine of its first age Merlin 1D engines, verifying the rocket’s health and perfectly simulating a launch right up to the point of liftoff. With that routine static fire complete, SpaceX now has a luxurious seven days to bring the rocket horizontal, roll it back into LC-40’s integration and processing hangar, install Cargo Dragon atop the second stage, and roll the fully-integrated rocket back out to the launch mount.

According to NASASpaceflight.com reporter Michael Baylor, SpaceX decided to swap boosters, moving Falcon 9 B1056.3 to a commercial satellite mission and assigning B1059.1 to Cargo Dragon’s NASA CRS-19 resupply mission. Prior to visual confirmation of this shift, NASA and SpaceX had indicated interest in flying Block 5 booster B1056 for a third time after it successfully completed its second launch and landing for NASA on July 25th, 2019. That would have been the first time NASA certified a twice-flown SpaceX booster to launch a NASA mission, a critical step along the path to making booster reuse routine – even for SpaceX’s highest-profile customers.

Instead, B1056.3 is now scheduled to launch the Kacific-1/JCSAT-18 commsat no earlier than December 15th, while CRS-19 is scheduled to lift off at 12:51 pm EST (17:51 UTC) on December 4th. As with most other missions designed to quickly rendezvous with the International Space Station (ISS), CRS-19’s launch window is effectively instantaneous, meaning that any issue during the countdown or day-of preparations will force a ~24-hour recycle.

Aside from it being unclear why exactly NASA, SpaceX, or both parties decided against launching B1056 for the third time on CRS-19, the mission features another minor mystery. Instead of using the performance left over from such a light launch to low Earth orbit (LEO) to return the booster to launch site (RTLS) and land at SpaceX’s LZ-1/2 landing pads, it appears that Falcon 9 B1059 will attempt to land aboard drone ship Of Course I Still Love You (OCISLY).

Since April 2016, SpaceX has only once intentionally recovered Falcon 9 by sea after a Cargo Dragon launch. That particularly recovery occurred during CRS-17 in May 2019, just a few weeks after Crew Dragon capsule DM-1 catastrophically exploded just prior to an attempted static fire test located adjacent to LZ-1/2. That explosion littered the area with evidence, precluding Falcon 9’s planned LZ-1 recovery in the same way that a police helicopter would likely try to avoid landing directly on top of an active crime scene. In that case, extraordinary attenuating circumstances were required before SpaceX redirected a CRS launch’s booster recovery to a drone ship.

Seemingly lacking similarly extraordinary circumstances, it remains to be seen whether SpaceX or NASA will offer an explanation for the unexpected change in plans. On the plus side, an unexpected Falcon 9 drone ship landing also means an unexpected Port Canaveral return, which should offer increasingly rare views of a once-flown Falcon 9 booster.