Falcon 9 B1047 lands aboard drone ship OCISLY for the second time. B1047 is a strong candidate to launch PSN VI. (SpaceX)

In an encouraging sign that the mission’s launch date might hold, the PSN VI communications satellite – manufactured and delivered by Space Systems Loral (SSL) – arrived at SpaceX’s Cape Canaveral, Florida payload processing facilities in late December 2018 and is likely to be joined by SpaceIL’s Beresheet spacecraft in the next few weeks.

The SSL-built satellite, Nusantara Satu, is now at launch base, but here is what it looked like as it made the trip cross-country. Read more about the satellite here: https://t.co/UASO1uIP9v pic.twitter.com/7HXf1ISn3w

Easily the most exotic rideshare mission yet in terms of the sheer variability and newness of almost every aspect, communications satellite PSN VI will not only be joined by the world’s first commercial lunar lander but also play host to rideshare organizer Spaceflight’s first dedicated rideshare mission to a high-energy geostationary transfer orbit (GTO), stretching approximately 200 to 36,000 km (120 to 22,000 miles) above Earth.

Led in large part by satellite contractor SSL’s recently-introduced PODS method of attaching rideshare satellite dispensers to larger geostationary satellites, the company’s main manufacturing focus, GTO or even full-GEO rideshare opportunities could open all kinds of doors for exotic but affordable smallsat missions beyond Earth orbit. If successfully implemented, one could foresee commercial, government, or academic entities with budgets that would have originally had them laughed out of doors actually be able to support their own dedicated missions to the Moon and perhaps even to other planets, asteroids, or comets.

Less than coincidentally, JPL (Jet Propulsion Laboratory) successfully launched, tested, and demonstrated a pair of small signal relay cubesats as viable communications infrastructure during Mars lander InSight’s November 2018 landing attempt, becoming the first smallsats ever to operate in deep space. While the utility of each MarCO cubesat was very limited, the program was an extremely successful technology demonstration and has likely opened a number of doors for smallsat passengers to join future interplanetary missions. Already, the European Space Agency (ESA) hopes to include multiple cubesats on an asteroid defense-focused mission to the Didymous asteroid system in the 2020s.

While SSL apparently tested PODS with success on the communications satellite Hispasat 30W-6, launched by SpaceX in March 2018, it appears that PSN VI may be the first purely commercial use of SSL’s offerings. Whatever the complex relationship is, it appears that PSN VI’s PODS were co-opted (ordered?) by Spaceflight, who then sold those spaces and managed the integration of customers with spacecraft that needed an orbit truly unique for cubesats.

Given the fact that there has been almost complete silence on Spaceflight’s GTO-1 rideshare mission and that the most recent use of PODS on Hispasat was reportedly funded and used by military research agency DARPA, it may actually be reasonable to conclude that Spaceflight is acting as the middleman for a number of satellites built or owned by military agencies, potentially explaining the radio-silence from Spaceflight’s normally talkative communications team. 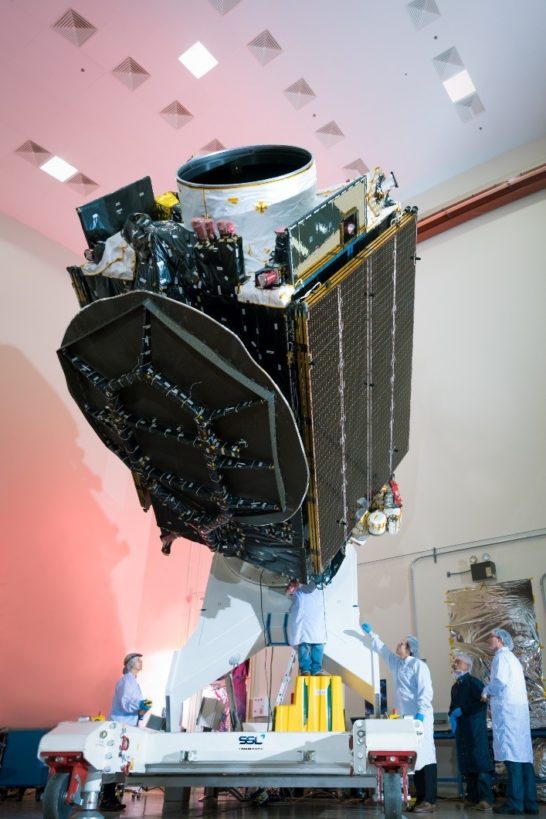 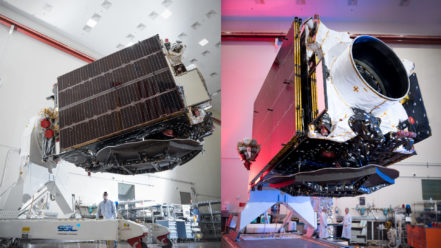 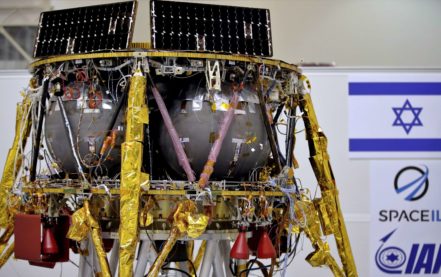 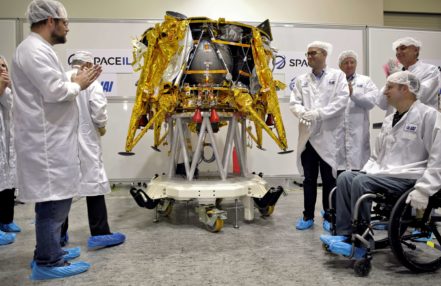 Regardless, this launch is bound to be a fascinating one from a trajectory design perspective. Whether or not Falcon 9’s upper stage is actually going to be involved in the task of helping lunar lander Beresheet on its way to the Moon, info from manufacturer and operator SpaceIL suggests that the small ~600 kg spacecraft will rely on an eccentric method of shifting orbits from around the Earth to intercept the Moon. Over the course of several months of small nudges in the right direction, Beresheet will eventually – and very gradually – oscillate on the tip of the gravitational peak between the two planetary bodies until it eventually slips down the lunar side to eventually intercept the Moon. While very slow, this optimized trajectory will be extremely efficient, allowing as much propellant as possible to be saved for the actual task of landing on the Moon.

Come launch day, the combined mass of PSN VI (Nusantara Satu), Beresheet, and unknown rideshare passenger spacecraft will most likely fall somewhere between 5500 and 6000 kg (~12,000-13,500 lbs), indicating that SpaceX’s Falcon 9 should be more than capable of placing the stack of satellites into a healthy geostationary transfer orbit before attempting to land aboard drone ship Of Course I Still Love You (OCISLY). 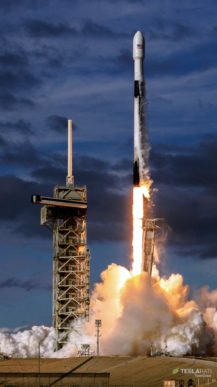 Pad 39A seen after most extraneous Shuttle-era hardware had been removed, November 2018. (Tom Cross) 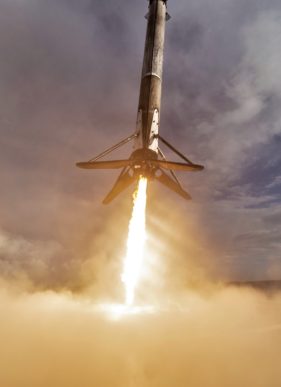 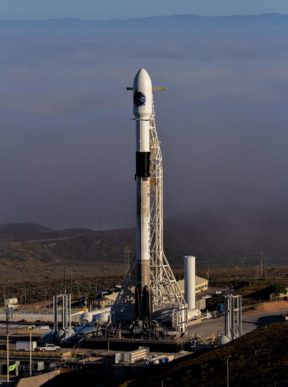 Falcon 9 B1048 appears out of the fog prior to its second orbital-class launch. (Pauline Acalin)

The question that remains, then, is which Falcon 9 rocket will be tasked with launching the unique mission. Given that SpaceX appears to be rushing full-speed-ahead to complete the next Falcon Heavy in time for a late-February or March launch debut, it seems very unlikely that SpaceX could preserve that aggressive FH launch schedule while also preparing a separate, new Falcon 9 booster for PSN VI. If that’s the case, then the two options at hand are Falcon 9s B1047.3 and B1048.3, both of which have previously launched twice and are currently at SpaceX’s Florida facilities.

In other words, it appears that SpaceX’s first commercial launch to the Moon might lift off on a flight-proven Falcon 9 booster, an unintended but thoroughly fitting precursor to what is hopefully a future full of highly reusable rockets and interplanetary (as in between two or more planetary bodies) spaceflight.