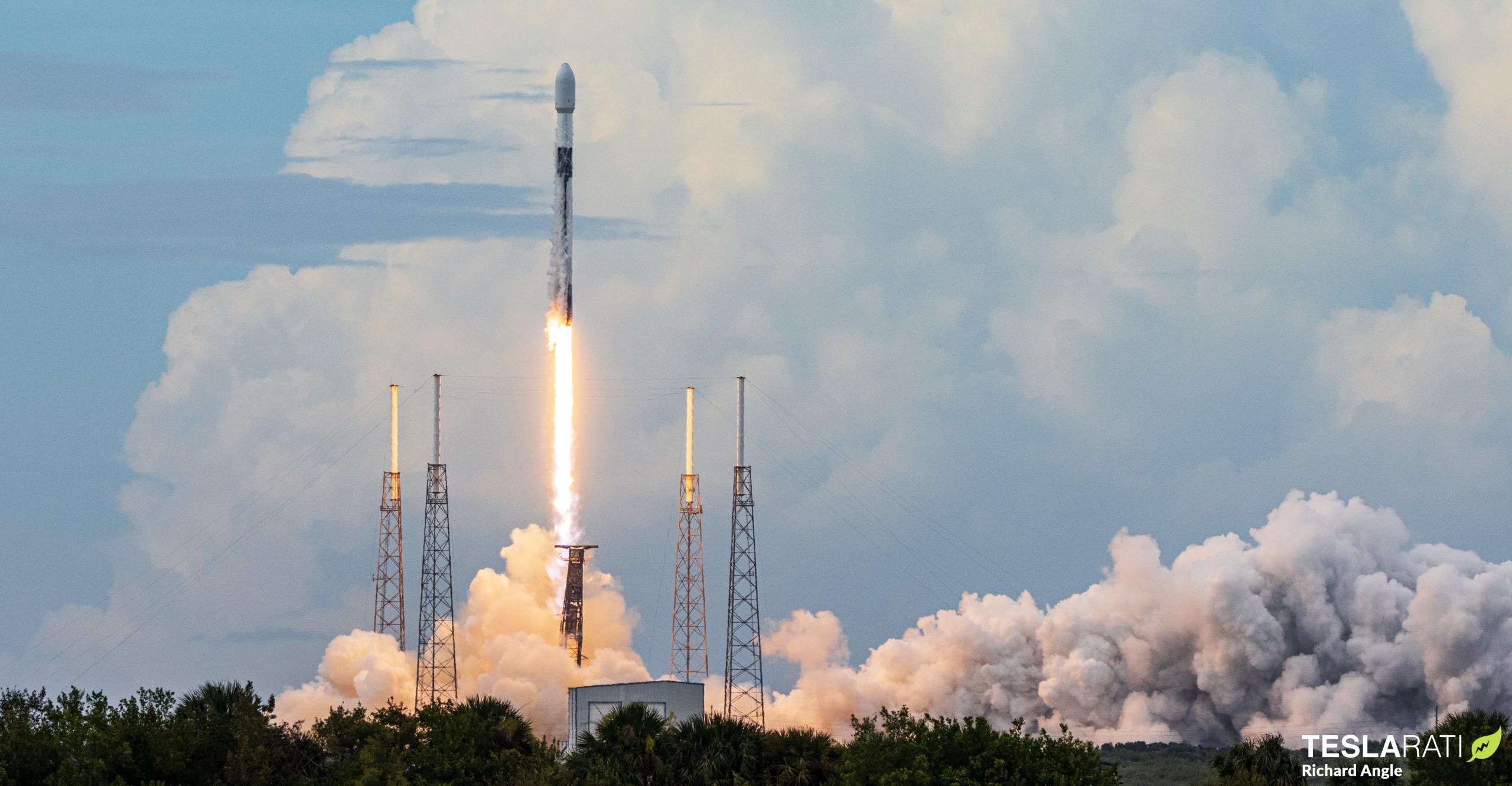 SpaceX has successfully launched the SES-22 communications satellite to a geostationary transfer orbit, ending the first half of 2022 with 27 orbital launches under its belt.

Perhaps more importantly, SES-22 was also SpaceX’s 35th launch since its last multi-week launch hiatus, which ended 33 weeks ago. SpaceX, in other words, has just a third of the way to go to achieve a running average of one launch per week over a 12-month period – not CEO Elon Musk’s exact goal but equally impressive.

After a one or two-day delay, Falcon 9 lifted off without issue from SpaceX’s Cape Canaveral Space Force Station (CCSFS) LC-40 pad at 5:04 pm EDT. Flying for the second time, booster B1073 carried the SES-22 satellite, payload fairing, and a roughly 100-ton (~220,000 lb) Falcon upper stage most of the way out of Earth’s atmosphere before separating, navigating back to Earth, and landing aboard drone ship A Shortfall Of Gravitas (ASOG) some 666 kilometers (~413 mi) off the coast of Florida. Before touchdown, B1073 reached a maximum speed of 2.25 kilometers per second (Mach ~6.6 or 5000 mph) and coasted to an apogee of 120 kilometers (~75 mi).

Falcon 9’s expendable upper stage performed as expected and propelled SES-22 into a temporary parking orbit before reigniting to boost the satellite into a geostationary transfer orbit, where the two parted ways. The upper stage will likely perform a third and final burn to lower its periapsis, ensuring it burns up in Earth’s atmosphere instead of becoming space debris. SES-22 is expected to take just one month to finish raising and circularizing its orbit, after which it will begin providing US customers satellite TV and other communications services in August.

SES-22 is just the first of several new satellites SES intends to launch this year, all of which are meant clear a specific section of radio spectrum that ground-based 5G networks will benefit more from. The FCC is paying SES and several other providers billions of dollars to free up that spectrum. Following SES-22, SES intends to launch another two pairs of satellites – SES-18/19 and SES-20/21 – on a Falcon 9 and Atlas V rocket before the end of 2022, though delays are likely.

SES-18/19 is just one of dozens of additional SpaceX Falcon launches planned for the second half of 2022. NextSpaceflight and several other unofficial manifests indicate that SpaceX has 30-35 launches nominally scheduled before the end of 2022, including at least 10 Starlink missions. In the first half of the year, SpaceX has managed 27 launches – 15 Starlink missions and 12 commercial missions. While that leaves SpaceX firmly on track to accomplish his initial goal of an average of one launch per week this year, 30-35 launches in H2 would align with Musk’s updated target of 60 launches in 2022.