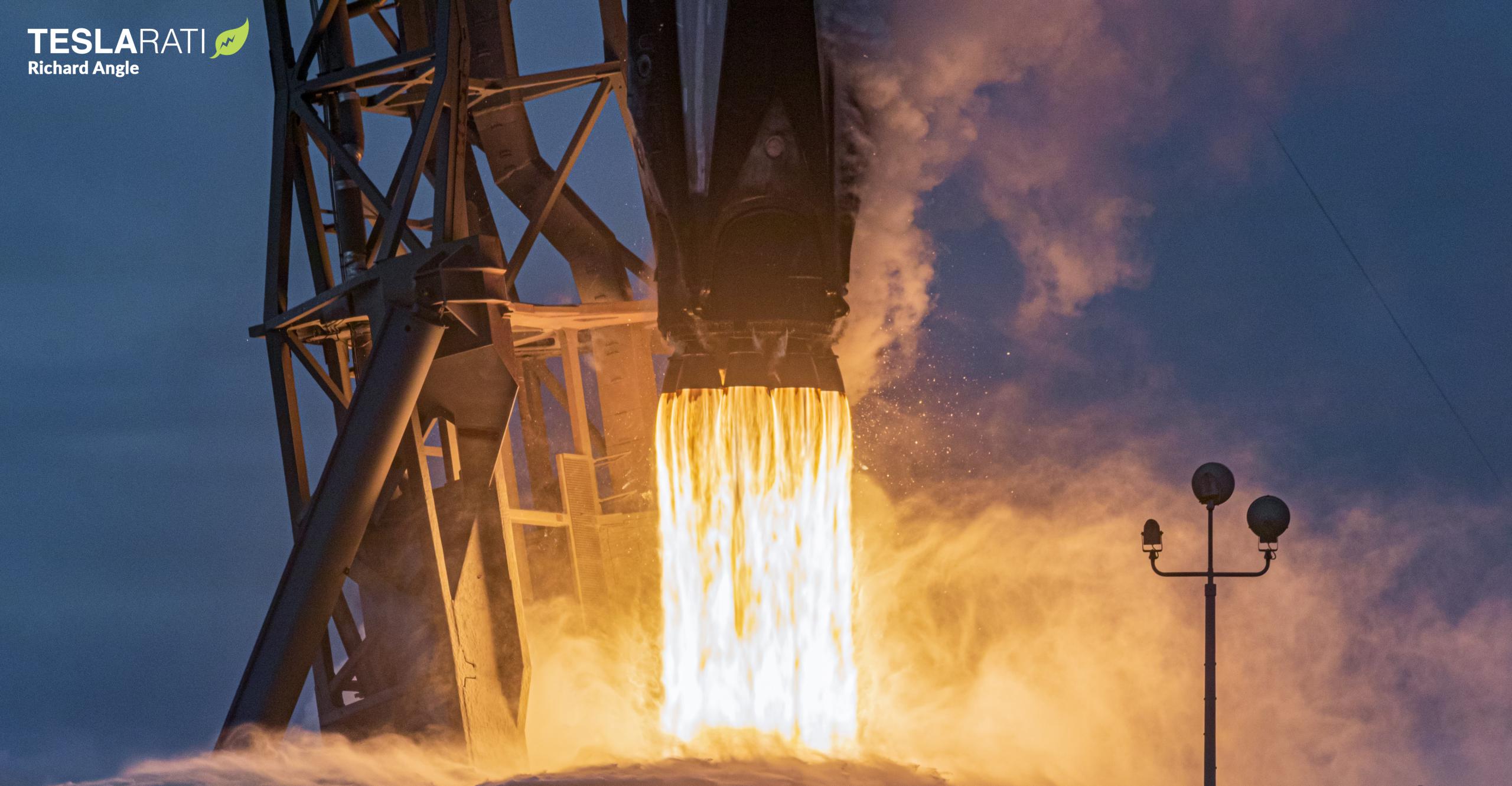 Six weeks after its last orbital launch and landing, Falcon 9 booster B1058 is ready to fly again. (Richard Angle)

SpaceX is on track to launch its second Starlink mission this month after successfully completing an increasingly rare Falcon 9 static fire test at the launch pad.

B1058, the flight-proven Falcon 9 booster assigned to the mission, famously became the first privately-developed rocket to launch astronauts back in May 2020 and has completed another four commercial launches in the nine months since. Likely motivated by an abundance of caution after a Falcon 9 booster lost an engine mid-flight and subsequently failed its landing attempt last month, SpaceX chose to perform a static fire test prior to Falcon 9 B1058’s sixth launch, loading the rocket with liquid kerosene and oxygen and briefly igniting all nine of its engines.

Completed without apparent issue and putting on an exceptional show in the process, that static fire has allowed SpaceX to clear the Falcon 9 rocket and 20th batch of Starlink v1.0 satellites (Starlink-20) for a launch attempt at 9:58 pm EST (UTC-5) on Tuesday, March 9th.

Finally out from under the looming spectre of Starlink-17, possibly the most repeatedly delayed launch in SpaceX history, the company is clearly eager to get back to work and make up for a (relatively) slow two-launch February. According to CEO Elon Musk, SpaceX is chasing an ambitious target of 48 launches in 2021, requiring an average of four launches per month.

A bit less than ten weeks into the new year, SpaceX has completed six launches – nothing to scoff at but still a third short of the nine launches the company would need to have averaged. To still hit that 48-flight target by the end of the year, SpaceX will now need to launch at least once per week for the next 42 weeks.

On the plus side, SpaceX’s 48-launch target firmly puts the company in the “shoot for the Moon, land among the stars” range. Even if it has a few rough months, “falling short” could still equate to an annual launch cadence in the high 30s to low 40s – still an extraordinarily feat and major improvement over SpaceX’s already impressive 26-launch record.

Not long after Falcon 9 B1058’s March 9th Starlink-20 mission, SpaceX has already scheduled a third Starlink launch – Starlink-21 – no earlier than (NET) March 13th, and at least two additional batches of spacecraft are ready to launch in the second half of the month pending launch pad and rocket availability.

Tune in below around 9:40 pm EST (02:40 UTC) to catch the seventh orbital SpaceX launch of the year live.