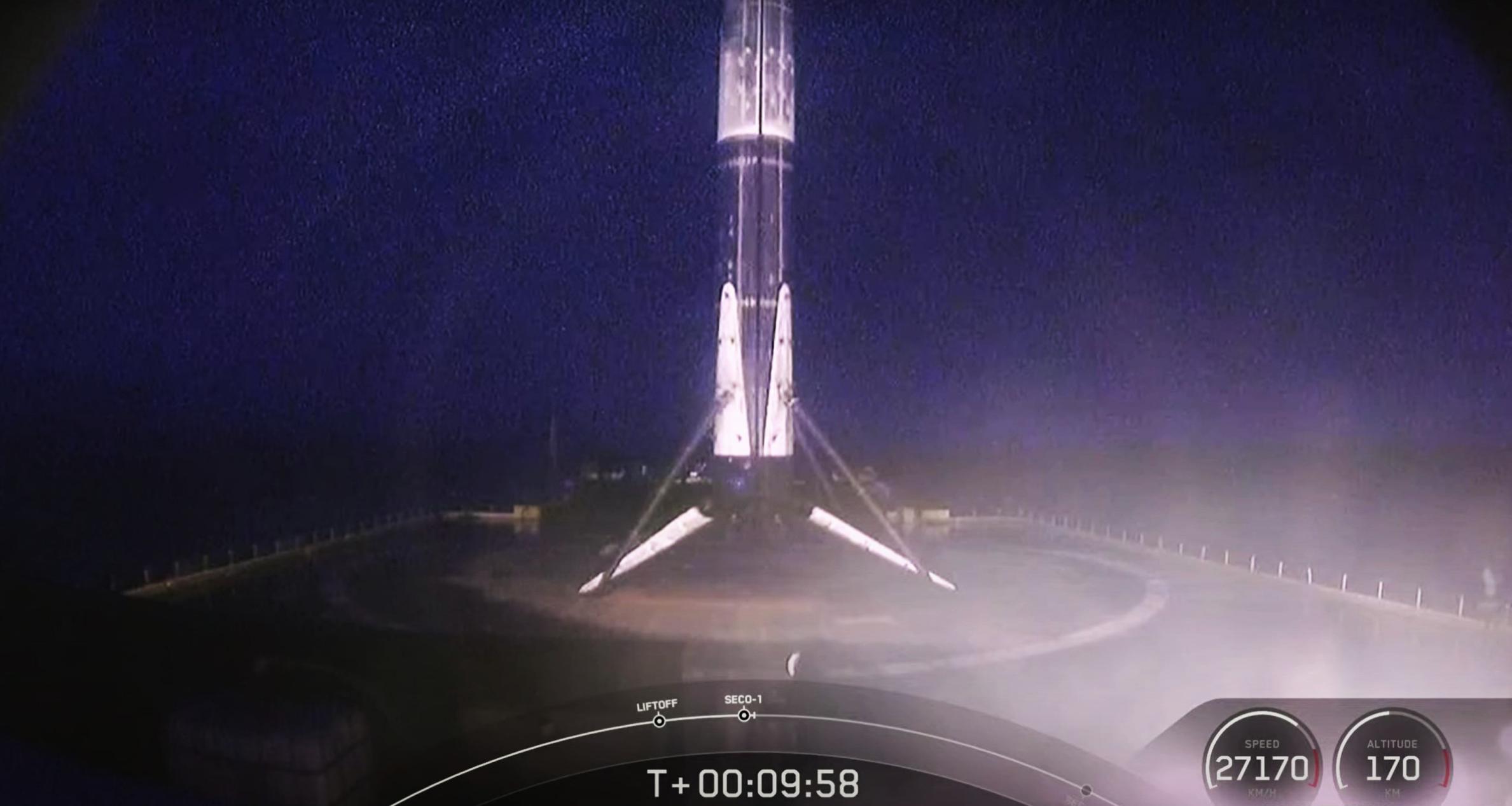 SpaceX has returned to flight less than three weeks after suffering its first Falcon landing failure in almost a year, successfully placing another 60 Starlink satellites in orbit and recovering Falcon 9 booster B1049 for the eighth time.

Perhaps the single most tortured SpaceX mission ever, today’s Starlink V1 L17 (Starlink-17) mission suffered no less than a dozen distinct delays since it was first tentatively scheduled to launch in late January. While other SpaceX missions have been delayed longer than Starlink-17, no other mission – short, perhaps, of Falcon Heavy’s launch debut – has been hit by more consecutive delays.

Regardless, that uphill battle is now over and another batch of 60 Starlink satellites is safely in orbit – awaiting deployment from Falcon 9’s expendable upper stage around an hour after the rocket’s 3:24 am EST liftoff. (Update: Successful deployment confirmed at 4:30 am EST) No less important on Starlink launches, Falcon 9 booster B1049 also stuck its eighth drone ship landing and even managed to avoid exploding minutes after touchdown.

SpaceX hasn’t offered an explanation for the copious delays of one of dozens of internal Starlink launches planned over the next few years. Oddly, as was the case on an earlier February 28th launch attempt, a SpaceX engineer standing in as the company’s official webcast host confirmed that cameras on Falcon 9 booster B1049 – flying for the eighth time – would offer no live views during that webcast. Once again, SpaceX gave no explanation, raising more than a little suspicion that it was intentionally ‘drawing the curtain’ on a sensitive part of the launch after a Falcon booster failed its landing attempt last month.

B1059’s demise marked the first Falcon booster landing failure in almost a full year and more than two-dozen successful recoveries. In a March 2nd press conference for SpaceX’s upcoming ‘Crew-2’ Crew Dragon astronaut launch, the company revealed that Starlink-19’s landing failure came after the third in-flight engine failure in Falcon 9’s 100+ launch history. The cause: a hole in a flexible, skirt-like seal that protects the sensitive internals of one of the booster’s nine Merlin 1D engines from the hellish environment at its business end.