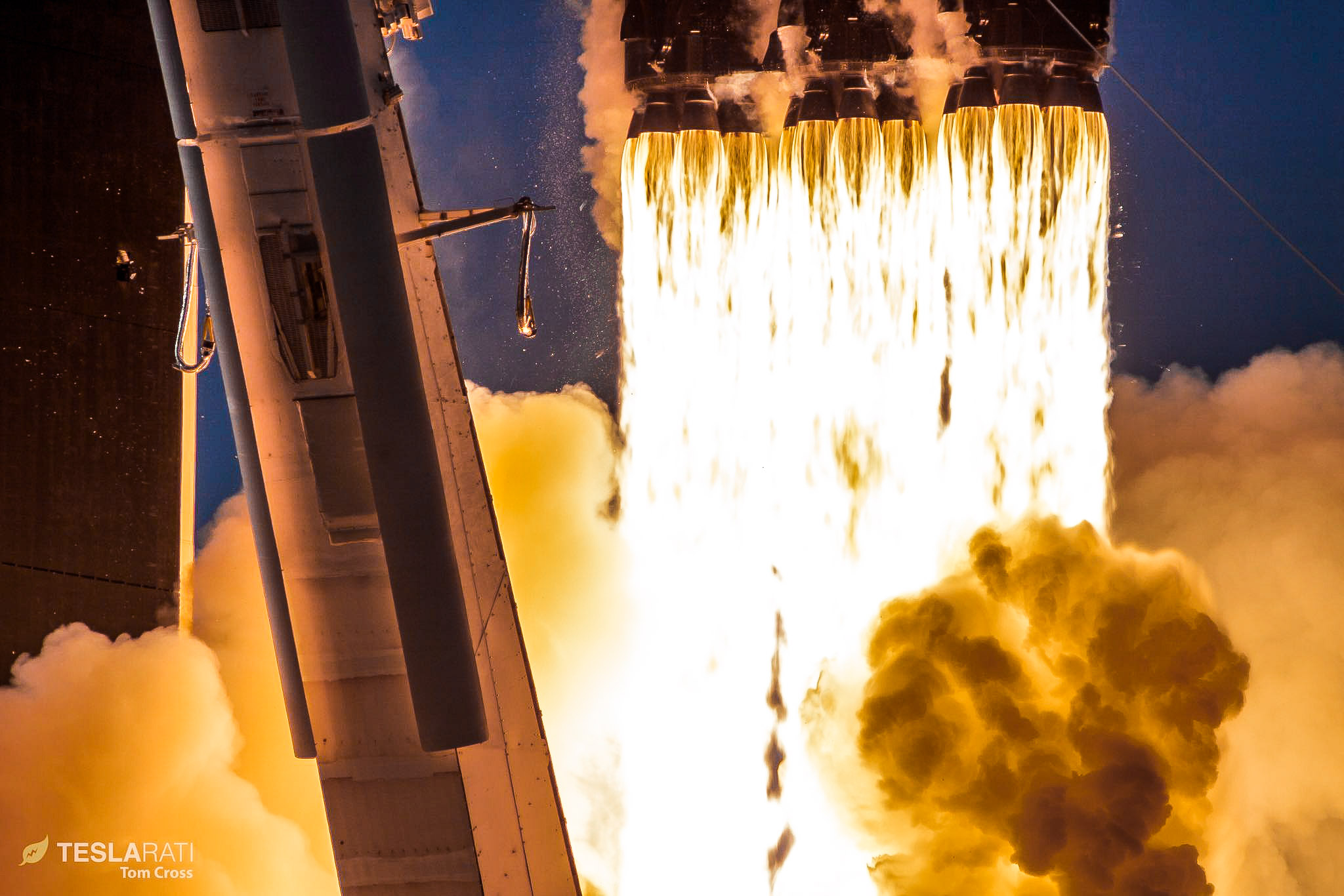 SpaceX's next Falcon Heavy launch is now expected to include the debut of a new style of rocket recovery. (Teslarati)

Hot on the heels of the revelation that SpaceX’s next Falcon Heavy launch is on schedule and will carry a small satellite copassenger, a US Space Force official has effectively confirmed that it will feature the first dual rocket landing of its kind.

Scheduled to launch no earlier than (NET) “late 2020”, likely November or December, an April 21st update from small satellite manufacturer Millenium Space Systems confirmed that SpaceX’s next Falcon Heavy mission is still on track. Formerly known as AFSPC-44 and now deemed US Space Force 44 (USSF-44), SpaceX’s Falcon Heavy rocket won the contract as part of a $297 million batch of three US military launches in February 2019.

USSF-44 was the second operational launch contract won by Falcon Heavy and will send a ~3.7 metric ton (~8200 lb) satellite and an unknown number of secondary spacecraft directly to geostationary orbit (GEO) – a first for SpaceX. As far as Earth-centric orbits go, a direct-to-GEO launch is uniquely complicated and energy-intensive for the rockets that must perform them. As a result, it’s long been suspected that Falcon Heavy’s first GEO launch would also coincide with another first for SpaceX rocket recovery, an educated guess that has now been (partially) confirmed by the USSF.

Over the course of Falcon Heavy’s operational history, the rocket has performed three successful launches, all involving triple-booster recovery attempts where two side boosters attempt to land at land-based pads and the lone center core aims for a drone ship landing hundreds of miles downrange. Of those missions, all three dual LZ-1/LZ-2 side booster landings have been flawless successes. The center core has had far less luck, however, fully missing its first and third drone ship landing attempts and successfully touching down on its second try only to tip over in high seas, damaging the rocket well beyond repair.

Thanks to the apparent challenges of center core recovery and the simple fact that Falcon Heavy doesn’t launch nearly as much as Falcon 9, none of the three custom, highly-complex boosters have survived to be reused or inspected intact. Until the center core recovery problem can be fixed, SpaceX will thus likely have to assume that it must build a new center booster for every future Falcon Heavy launch, even if a given mission permits a landing attempt.

Thankfully, there are some circumstantial benefits to be derived if SpaceX, for example, doesn’t even try to recover a Falcon Heavy center core. Speaking back in 2018, CEO Elon Musk revealed that Falcon Heavy could launch in a partially-reusable configuration – intentionally expending the center core and recovering both side boosters on two separate drone ships – with only a 10% cut to performance.

For a Falcon Heavy launch sending a heavy payload directly to a circular geostationary orbit (~35,800 km or ~22,250 mi), that could be a necessity. If that’s the case and Falcon Heavy Flight 4 will, in fact, feature a dual side booster landing attempt on two simultaneously-deployed drone ships, it will be a first for SpaceX rocket recovery. Even if it turns out that Falcon Heavy actually has the performance necessary to launch directly to GEO, expend the center core, and land both side boosters all the way back at SpaceX’s Cape Canaveral Landing Zones, it will still be an important step towards fully expanding Falcon Heavy’s flight-proven envelope.

Falcon Heavy’s next launch is expected to occur as few as 6-8 months from now.