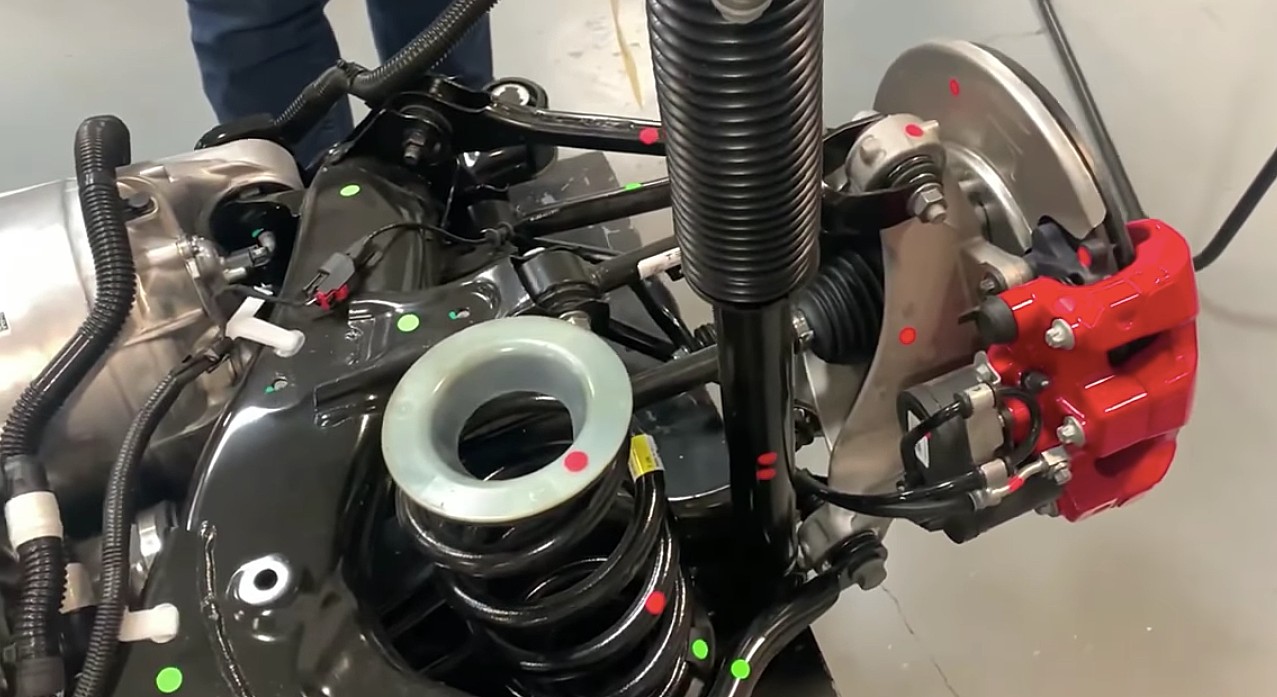 It appears that Tesla has designed the Model Y with some upcoming, unannounced options in mind. As discovered by automotive teardown specialist Sandy Munro, the rear electric drive module (EDM) of the crossover appears to have provisions for an air suspension system. This could mean a lot for the Model Y and its appeal to the mass market.

Signs of the Tesla Model Y’s air suspension provisions were found near the location where the EDM was installed in the crossover. A sticker placed by Tesla identified several of the vehicle’s options, such as its Left-Hand Drive and All-Wheel-Drive designation. Interestingly enough, the label also identified the vehicle’s suspension setup as a coil spring suspension.

“I’m gonna take a look at this and say, you know what, maybe what we’ve got here is a potential for moving away from a conventional rear suspension and moving toward something like an air or magnetic suspension system,” Munro said.

An air suspension system for the Model Y opens up a lot of possibilities for the vehicle. Similar systems used in the Model S and Model X allow vehicles to change their ride heights. In the Model X’s case, a high setting allows the all-electric SUV to take on minor off-roof paths. The Model Y could do this too if it could raise its suspension as needed.

What’s particularly noteworthy is the fact that the Model Y actually has an off-road assist mode, which seems a bit strange considering that the vehicle is relatively low to the ground. Off-road tests of the Model Y show that it can handle the occasional grassy path or gravel road, but very little else. If drivers can adjust the vehicle’s ride height, the all-electric crossover could do much more.

Adjustable suspension settings could also help elderly drivers and passengers when they are getting into or leaving the Model Y. Lowering the suspension would make it easier for disabled passengers to get off the crossover and into a wheelchair, for example. These advantages don’t stop there, either, as air suspension systems are usually more comfortable than coil spring suspension setups when driving at high speeds.

Of course, Munro’s recent discovery does not necessarily confirm that an air suspension option for the Model Y is definitively coming soon. After all, air suspension is one of the few things that distinguish the flagship, premium-priced Model X from the more affordable, mid-level Model Y.

Now when Tesla releases the Plaid Model X, things may be a bit different. The gap between the Plaid Model X and the Model Y will be vast, air suspension or not, considering the former’s hyper-advanced tech and far superior performance. With the Model X becoming significantly more formidable, Tesla may be incentivized to start offering variants of the Model Y that include flagship-worthy features.