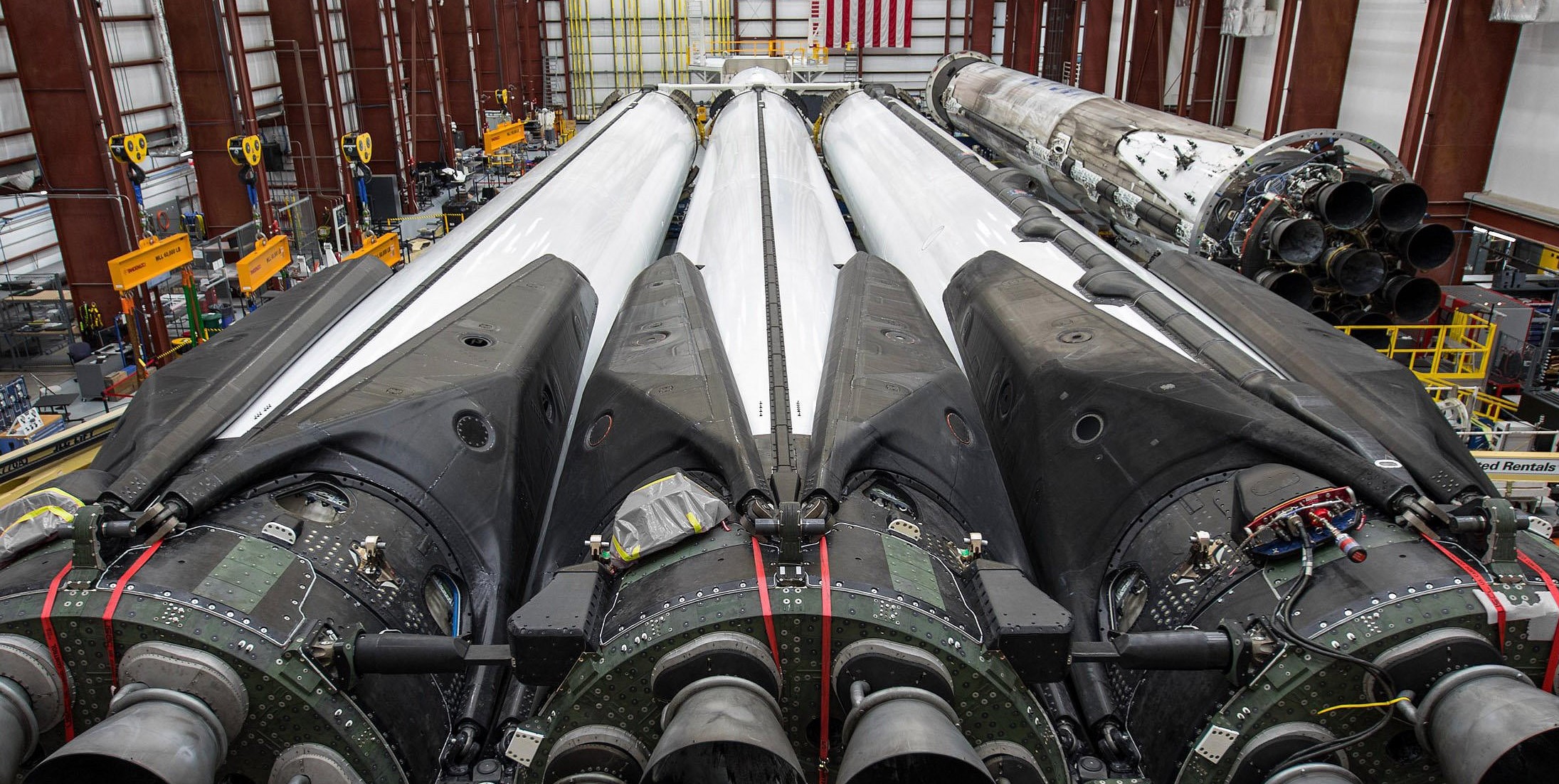 SpaceX has decided to move Falcon Heavy’s commercial launch debut 24 hours to the right – from April 9 to 10 – to account for minor processing delays and dodge an unusually severe weather system currently active on the East Coast.

The giant rocket – flying for the first time in its Block 5 configuration – is now scheduled to lift off no earlier than (NET) 6:35 pm EDT (22:35 UTC) on Wednesday, April 10th. This minor delay has been more or less expected by close observers since Falcon Heavy Flight 2’s static fire test was pushed from March 31st to April 5th and is not a cause for concern. Instead, these fairly routine minor slips indicate that the rocket is flowing surprisingly smoothly towards its first commercial launch. In fact, launching on April 10th – five days after a static fire on April 5th – would be routine for Falcon 9, let alone a rocket with three Falcon 9 boosters.

In other words, these minor slips indicate that SpaceX has already managed to more or less transfer its growing experience and confidence with Falcon 9 Block 5 into its brand new Falcon Heavy Block 5 variant. Despite the fact that Falcon Heavy effectively has twice as many major components (three boosters and an upper stage vs. one booster and an upper stage) and uses a center core that is in many ways an entirely different rocket from Falcon 9, the Block 5 rocket’s first launch flow is proceeding as smoothly as SpaceX’s average Falcon 9 flow.

Those average flows typically take 24-48 hours to roll out to the pad and conduct a static fire, followed by an additional 24 or so hours before returning to the hangar. Excluding a few outliers, Falcon 9 Block 5 has typically required four to five days of processing between static fire and the first launch attempt, while the best and worst flows range from 3-10 days. If an observer was unaware that Falcon Heavy was launching, the rocket’s Flight 2 flow would thus be hard to distinguish from its far simpler brethren, suggesting that SpaceX learned a great deal from Falcon Heavy Flight 1 and has been able to communication almost all of the benefits of Block 5 to the triple-booster rocket.

SpaceX can thus retain its exceptionally efficient rocket processing backend, requiring minimal disruption to the rest of its Falcon 9 launch infrastructure and only minor modifications to dual-use hardware and facilities like Pad 39A’s transporter/erector (T/E) and main hangar. In fact, a single-core Falcon 9 booster – B1051 from Crew Dragon’s launch debut – can be seen in the background of Falcon Heavy’s processing, simultaneously undergoing refurbishment and checkouts before it ships West to Vandenberg Air Force Base.

It’s a small detail – both literally and figuratively – but it illustrates that Falcon Heavy integration is already routine enough that there is no need to suspend unrelated activities happening quite literally in the same room. As SpaceX continues to somewhat regularly launch Falcon Heavy, this routinization is likely to continually improve, particularly once the company begins to reuse Falcon Heavy boosters. The first Falcon Heavy-specific booster reuse is scheduled to occur as few as two months after the launch of Arabsat 6A for a USAF mission known as Space Test Program 2 (STP-2).