A new SpaceX rocket was spotted traveling into Florida yesterday on its way to one of the company’s several Cape Canaveral booster storage and processing hangars. More likely than not, this particular booster is the second Falcon Heavy center core ever built, a heavily modified variant of Falcon 9’s first stage.

With the presumed center core’s arrival, all three Falcon Heavy boosters are now at or near SpaceX Launch Complex 39A, a major step forward for the second flight of the super heavy-lift launch vehicle, currently NET March 2019. Aside from the first stage, it appears that Falcon Heavy Flight 2’s payload fairing may have also arrived at Cape Canaveral around the end of January.

Captured by SpaceX Facebook group member Joshua Murrah on the morning of February 11th, the shrinkwrapped Falcon booster and truck were stopped at a weigh station on the border of Alabama and Florida, a now-common location for core spottings thanks to its adjacency to Mr. Murrah’s daily commute. No more than an 8-10 hour drive from Florida’s East Coast and Kennedy Space Center, the rocket likely arrived at its destination sometime within the last 12 or so hours.

While Falcon Heavy hardware would normally be expected to head straight for SpaceX’s hangar at Pad 39A, the only facility currently capable of launching the triple-booster rocket, the company faces a mild logistical challenge thanks to the terminally delayed launch debut of Crew Dragon. As of now, Crew Dragon, Falcon 9, and 39A’s transporter/erector (T/E) are integrated inside the pad’s hangar, leaving very little space for additional rocket processing as a result of the sheer scale of the T/E. Past photos of SpaceX’s 39A hangar illustrate that it can nominally house 4 or 5 Falcon boosters with ease, but space becomes far more limited once the T/E is rolled inside.

there might actually be juuuust enough room to literally fit them per FH Flight 1 processing pics, but only enough for Falcon Heavy integration if the TE remains outside. Will be very curious to see how SpaceX handles this, it's one hell of a logistical puzzle ? pic.twitter.com/D5BFXQnQ3V

In essence, Falcon Heavy Flight 2 will likely have to wait until Crew Dragon has completed its launch debut before SpaceX technicians and engineers can begin integrating its three boosters and verifying that all is healthy, only the second time SpaceX will have performed those procedures. Crew Dragon’s uncrewed demonstration mission (DM-1) is currently scheduled for NET March 2nd, although there is a high probability that it will slip at least a few more days into March, if not further. Prior to its latest March 2nd launch target, Crew Dragon was expected to launch sometime in mid-to-late January as of December 2018, a date that has effectively remained 30+ days away ever since.

It’s ambiguous what the causes of those delays are and SpaceX and NASA clearly have no interest in directly tackling an explanation, but the most likely reason can be found in a painfully mundane reality: paperwork, worsened by a record-length US goverment shutdown. While both partners are likely culpable in some way, the fact remains that SpaceX has a long history of doing difficult things faster and cheaper than the old guard perceives as possible, while NASA has its own decades-long history of doing difficult things with extreme caution (for better or for worse). 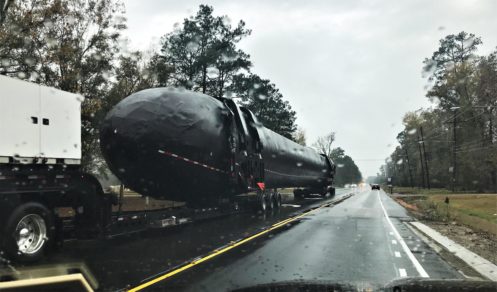 The second (and third) flight of Falcon Heavy is even closer to reality as the first new side booster heads to Florida after finishing static fire tests in Texas. (Reddit /u/e32revelry) 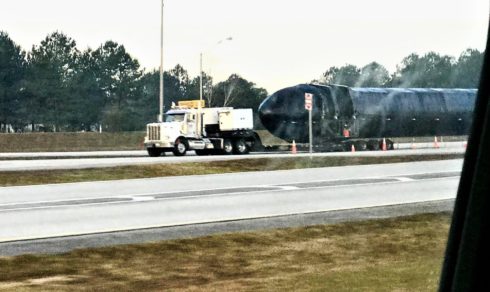 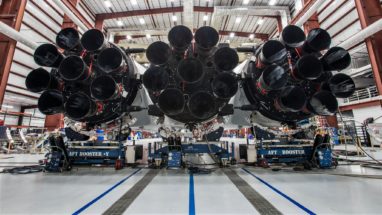 With any luck, Crew Dragon will successfully launch into orbit for the first time in the first several days of March, leaving enough buffer for SpaceX to rapidly integrate, checkout, and static-fire Falcon Heavy for an operational launch debut – carrying communications satellite Arabsat 6A – near the end of March. If all goes well, Falcon Heavy’s third launch – the USAF’s second Space Test Program mission (STP-2) – could occur as early as April 2019, potentially just a month after Flight 2.