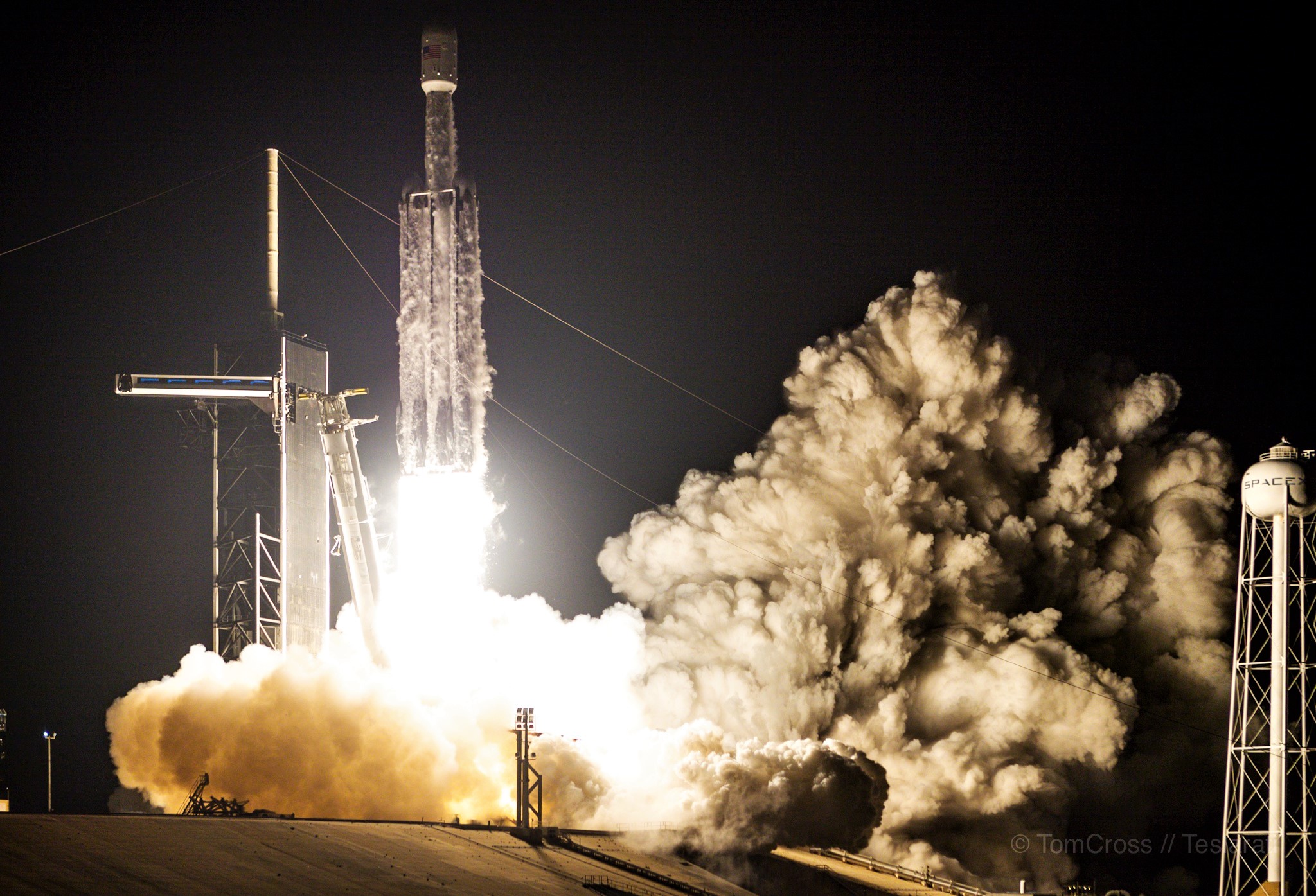 Falcon Heavy lifts off from Pad 39A on its third launch ever. Sadly, center core B1057 was unable to stick its drone ship landing. (Tom Cross)

SpaceX has been awarded a $117 million launch contract for NASA’s Psyche mission that will study a unique metal asteroid between Mars and Jupiter.

The NASA mission to loft a 5,750-lb. (2,608-kg) spacecraft atop of SpaceX’s Falcon Heavy Rocket will study a mineral-rich asteroid named 16 Psyche. The mission is expected to take place sometime in 2022 and launch from NASA’s historic Launch Pad 39A in Cape Canaveral, Florida.

Falcon Heavy will launch @NASAPsyche! The mission, for which @NASA requires the highest level of launch vehicle reliability, will study a metal asteroid between Mars and Jupiter to help humanity better understand the formation of our solar system’s planets https://t.co/mvrgx6dvaW pic.twitter.com/FqMaRKscQ4

Psyche is an intriguing, metallic world orbiting in the asteroid belt, between Mars and Jupiter. Most asteroids are made of rock and ice, but not Psyche — it’s composed of iron and nickel. That’s what makes it an interesting target.

Scientists want to study it because they believe Psyche could provide insight into how planets form. Terrestrial bodies, like the Earth, have metallic cores deep in their interior, below the outer layers like the mantle and crust. Psyche could be one of these metallic cores: the remnant of a violent collision with another planetary body billions of years ago.

We’re unable to study the Earth’s core directly, so Psyche could provide a lot of insight into our own planet as well as how other rocky planets form.

The Psyche mission was selected in 2017 as part of NASA’s Discovery Program, which also includes historic missions like the Kepler Space Telescope, and the InSight Mars lander.

This mission is one of true exploration because scientists aren’t exactly sure of what we will find. Ground-based measurements indicate that Psyche could be as large as Mars, and is probably shaped like a potato. But is this hunk of metal the dead, exposed heart of an ancient protoplanet or could it be a weird iron-rich alien world?

The spacecraft is packing a suite of four instruments that will enable the science team to determine what happened to 16 Psyche over its lifetime. Right now the team postulates that Psyche is the metallic core of a planetary body that was destroyed billions of years ago through an incredibly violent collision with another world. There’s evidence to indicate that Psyche was once molten, and cooled after having its crust stripped away.

Planetary impacts, such as a meteor slamming into the Earth, have been studied for as long as scientists have been studying planets. Understanding these events are a fundamental aspect of planetary science. They can tell us the age of a planetary surface, and much more. Historically, impact studies have focused on rocky worlds, and recently icy bodies. But what happens on a metal world? No one knows.

If Psyche was once a molten world, as the science team believes, it could join the list of volcanic worlds in the solar system. We’re all familiar with the volcanoes that we see here on Earth. Mars had similar ones in its past, like Olympus Mons. But these are not the only types of volcanoes we see in our cosmic backyard. Icy worlds like Pluto and Ceres have evidence of cryovolcanoes.

These are different than what we see on Earth because they spew icy materials instead of lava. Psyche could be even more strange, with evidence of molten metals such as iron and nickel on its surface.

Psyche will test an experimental laser technology that will aim to improve communications with spacecraft over vast distances. It will also launch with two secondary payloads: Escape and Plasma Acceleration and Dynamics Explorers (EscaPADE), which will study Mars’ atmosphere and the process by which it’s being lost to space; and Janus, which will focus on binary asteroids and how they form.

This is SpaceX’s 8th contract from NASA’s Launch Services Program (LSP) and the first for Falcon Heavy. SpaceX’s workhorse, the Falcon 9 has several science missions under its belt, having launched NASA’s Transiting Exoplanet Survey Satellite (TESS), and will launch the upcoming PACE mission, which is designed to study the Earth’s oceans and atmosphere.