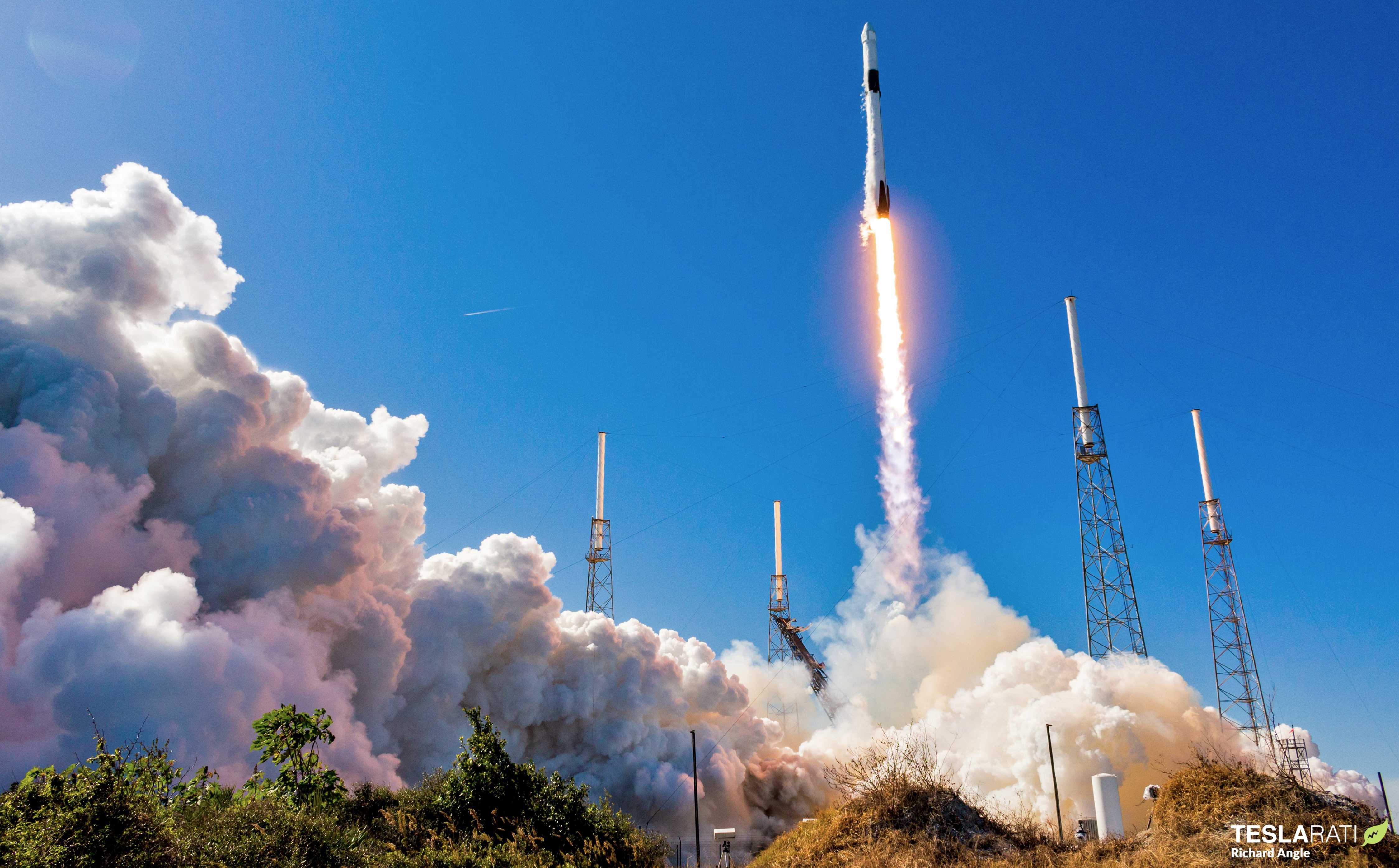 A SpaceX Falcon 9 rocket will loft the PACE satellite for NASA in 2022. Credit: Richard Angle/Teslarati

SpaceX recently snagged an $80.4 million NASA contract to launch an upcoming Earth-observing satellite sometime in 2022. That is, if the mission isn’t scrapped due to budgetary issues.

A used Falcon 9 rocket is slated to ferry the 3,748-lb. (1,700 kg) Plankton, Aerosol, Cloud, and ocean Ecosystem satellite (aka PACE) to orbit sometime in December 2022. The mission, which provides data on oceans and particles in the atmosphere, is expected to launch from Cape Canaveral Air Force Station in Florida.

Its goal: to help us better understand our home planet. SpaceX is expanding its portfolio, after receiving certification for science launches in 2016. To date, SpaceX launched a bevy of scientific satellites including Jason-3 in 2106, the Transiting Exoplanet Survey Satellite (TESS) and GRACE-FO missions in 2018, and the upcoming Sentinel 6A in Nov. 2020.

But it’s been a tough journey for PACE. The satellite has been on the chopping block several times, but managed to avoid getting the ax so far.

That’s because the Trump administration has tried to cancel the ocean-watching mission three separate times now, in an effort to reduce the Earth science budget. Each time the president has tried to cut its funding, Congress voted to support it, including authorizing $131 million for the mission in December 2019.

So NASA has moved ahead with the development of the mission, and selected SpaceX as the launch provider on Feb. 4.

“SpaceX is honored to continue supporting NASA’s critical scientific observational missions by launching PACE, which will help humanity better understand, protect and preserve our planet,” Gwynne Shotwell, SpaceX’s president and chief operating officer, said in a company statement.
PACE will focus on our planet’s oceans, the clouds, and aerosols (small air particles) in an effort to better understand phytoplankton — tiny plant-like organisms in the ocean that are the base of the food chain. These organisms can tell us a lot about how climate change is affecting the environment.

“PACE will help scientists investigate the diversity of organisms fueling marine food webs and the U.S. economy, and deliver advanced data products to reduce uncertainties in global climate models and improve our interdisciplinary understanding of the Earth system,” NASA said in a statement.

Like most plants, phytoplankton relies on chlorophyll to capture sunlight, and then using photosynthesis to turn it into chemical energy, releasing oxygen as a byproduct.

Phytoplankton are a diverse variety of species and their growth depends on the availability of things like carbon dioxide, sunlight, and nutrients. Just like their terrestrial counterparts, phytoplankton require can nutrients such as nitrate, phosphate, silicate, and calcium, depending on the species.

Other factors that influence growth rates are water temperature and salinity, water depth, wind, as well as what sort of predators are nearby.

When conditions are just right, phytoplankton populations can grow explosively, a phenomenon we call a bloom. Blooms in the ocean may cover hundreds of square kilometers and are easily spotted in satellite imagery. A bloom may last several weeks, although the life expectancy of any individual organism is rarely more than a few days.

Phytoplankton are important because they are the foundation of the aquatic food web, feeding many different creatures from other microscopic organisms to enormous, mega-ton whales.

Phytoplankton aren’t always a good thing — certain species are known to produce powerful biotoxins, like the red tide. These toxic blooms can kill marine life and ultimately people if they accidentally eat contaminated seafood or by inhaling the organisms.

PACE’s primary tool is called the Ocean Color Instrument (OCI). It will measure the color of the ocean in a broad range of wavelengths, from ultraviolet to shortwave infrared, according to NASA. The satellite will observe the Earth from an orbital perch about 420 miles (675 kilometers) above the planet. (For reference, the space station orbits at 250 miles or 400 km up.)

“The color of the ocean is determined by the interaction of sunlight with substances or particles present in seawater, such as chlorophyll, a green pigment found in most phytoplankton species,” according to the mission’s website. “By monitoring global phytoplankton distribution and abundance with unprecedented detail, the OCI will help us to better understand the complex systems that drive ocean ecology.”

PACE will be in a sun-synchronous orbit, which will allow for consistent daylight conditions for imaging. This makes it easier for scientists to compare different regions and the same regions over long periods of time — if the satellite makes it to orbit.

Today, the president released his budget request for 2021, and once again, PACE is one of two Earth science missions he wants to cancel. Will its luck hold out? Will Congress vote to approve funding for the vital satellite despite the president’s suggestion? Only time will tell.

But with many coastal states recently suffering from red tide, this satellite will be a valuable tool in scientists’ arsenal to help them better understand these tiny organisms.