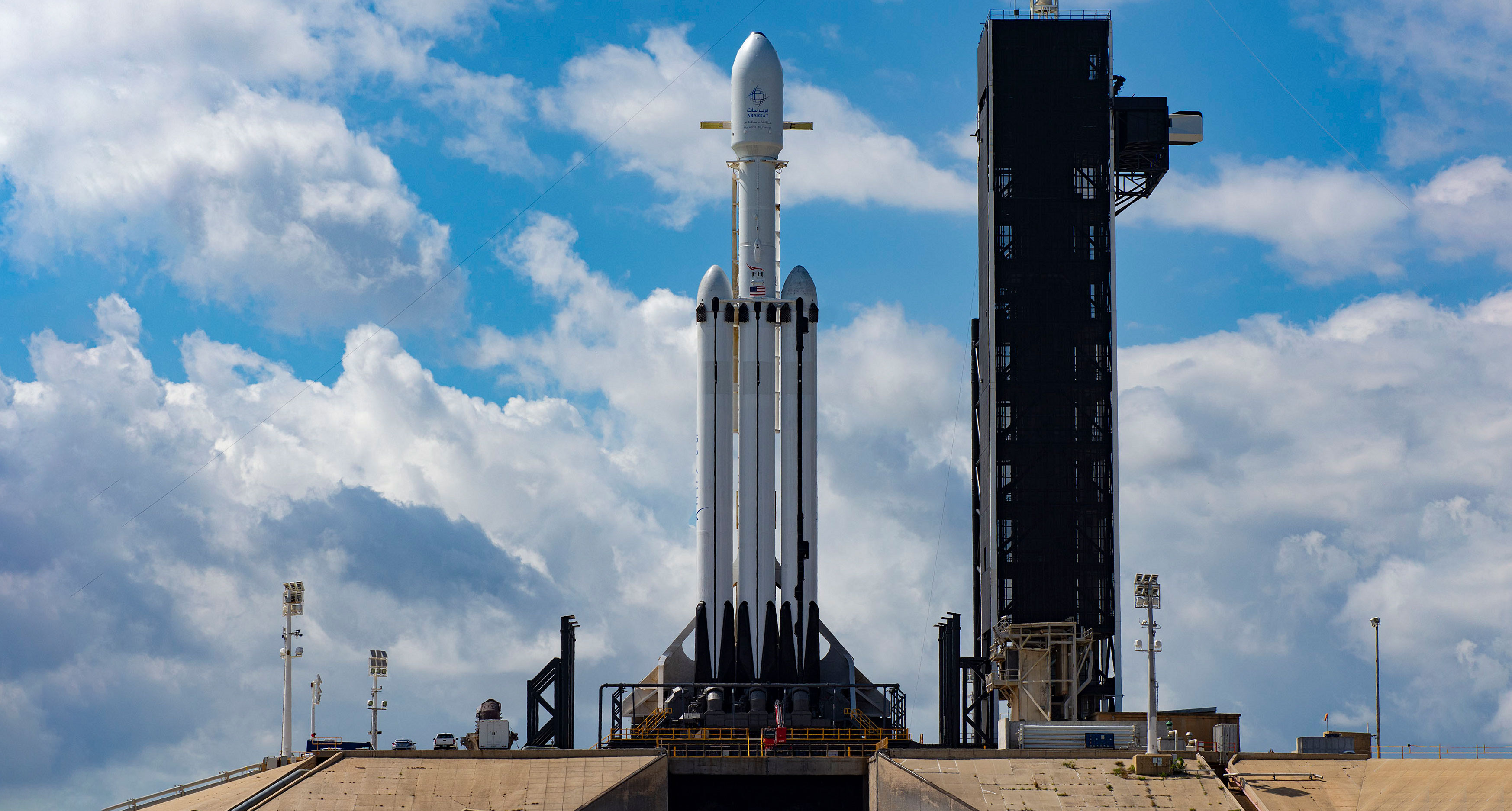 SpaceX just delayed the launch debut of Falcon Heavy Block 5 by about an hour and a half to dodge bad high-altitude wind conditions that would be a risk to the vehicle during launch and to both side boosters during their subsequent landing attempts.

Falcon Heavy Flight 2’s evening launch window now sits at 8:00-8:32 pm ET (00:00-00:32 UTC), leaving little margin for any bugs prior to liftoff but still plenty of time for at least one serious attempt. Featuring three brand new Block 5 boosters, this mission also has the potential to redeem a slight anomaly that caused Falcon Heavy Flight 1’s center core to be destroyed during a recovery attempt. Both side boosters will return to SpaceX’s Cape Canaveral Landing Zones 1 and 2 (LZ-1/LZ-2), while the Block 5 center core will aim for drone ship Of Course I Still Love You (OCISLY) some 1000 km (~600 mi) distant in the Atlantic Ocean.

Weather in the Atlantic is currently about as good as could be expected, with minimal waves and low winds, excellent conditions for the safe recovery of Falcon Heavy’s center core – likely B1055 – and Version 2 payload fairing halves. Although fairing recovery vessel Mr. Steven is also out and about, the vessel will not be taking part in this launch’s recovery efforts after an anomaly earlier this year catastrophically damaged his arms and net, breaking two arms off and resulting in the loss of the net.

All other SpaceX vessels – GO , GO , tugboat Hollywood, and drone ship OCISLY – will, however, be directly involved in this recovery attempt. Navigator and Searcher are expected to focus on gathering data and extricating Falcon Heavy’s fairing halves – intact after parasailing gently onto the ocean surface – from the Atlantic.

During Falcon Heavy Flight 1, the rocket’s center core – B1032 – was destroyed when a failure to reignite its landing Merlin 1D engines resulted in the booster slamming into the ocean at more than 300 mph (~500 km/h). The impact was apparently so severe that it actually seriously damaged the OCISLY’s maneuvering thrusters despite the fact that it didn’t directly strike the drone ship. According to CEO Elon Musk, B1032 had run out of the TEA/TEB ( + ) fluid used to ignite its Merlin engines, although why the booster ran out of it prematurely is unknown.

Regardless, prior to December 2018, B1032 was the first failed SpaceX landing after dozens of successful attempts. In December, Falcon 9 B1051 suffered an unrelated failure with the hydraulic pump system that controls its titanium grid fins, causing the new Block 5 booster to land softly in the Atlantic Ocean, missing LZ-1 by a few miles. Since the first successful Falcon 9 land-based and sea-based recoveries in December 2015 and April 2016 respectively, SpaceX has landed Falcon 9 and Heavy boosters 35 times with one complete failure (Falcon Heavy, B1032) and one partial failure (Falcon 9, B1051).

If all goes as planned during Falcon Heavy Flight 2, SpaceX will have successfully returned boosters to its East Coast landing zones after more than 14 months of inactivity, landed a Falcon Heavy center core for the first time ever, and recovered three boosters nearly simultaneously after a single launch – also for the first time. Falcon Heavy’s third launch could happen as early as June 2019 – two months from now – if everything is safely recovery.