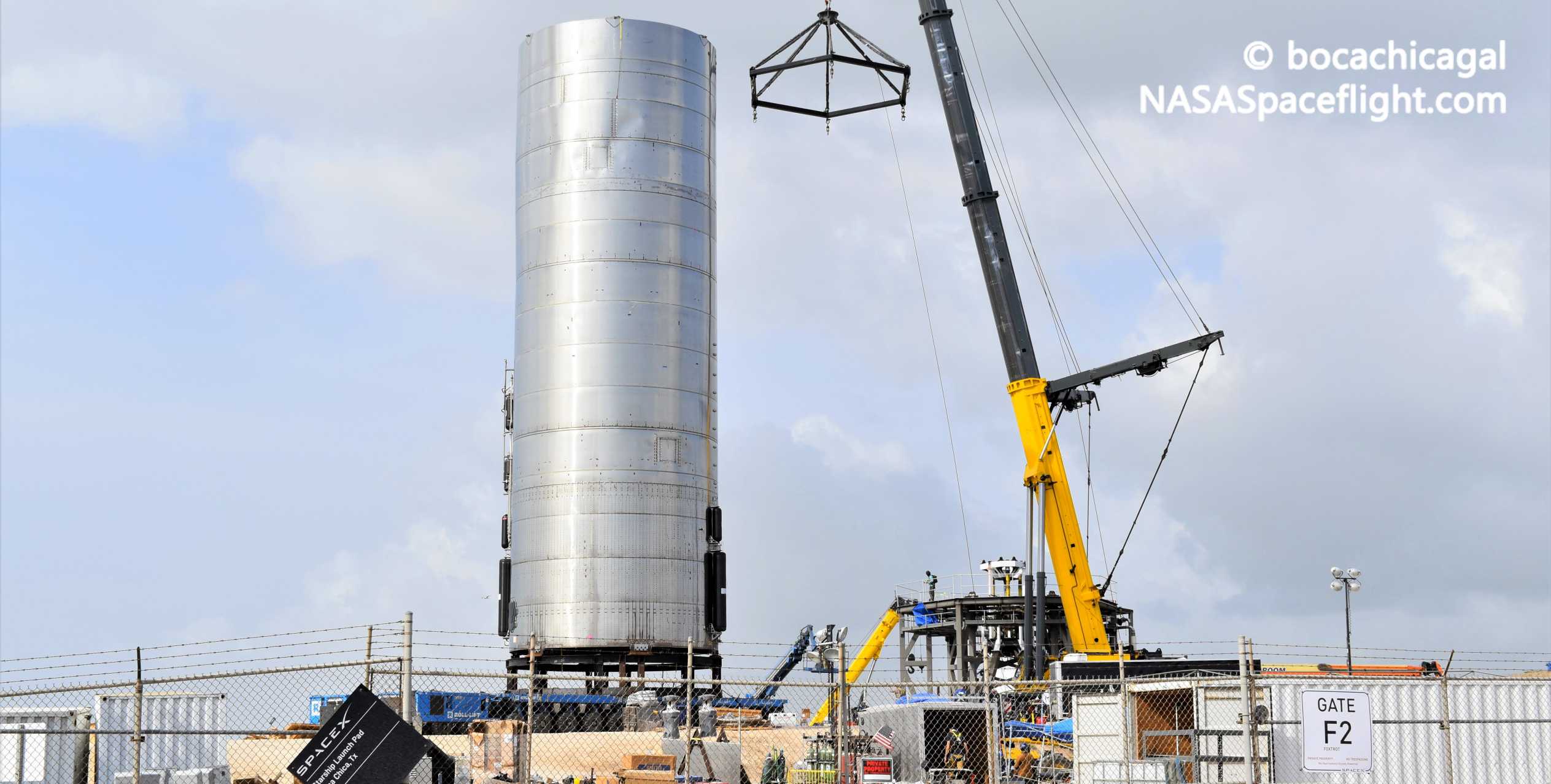 SpaceX has at long last transported its fifth full-scale Starship prototype to a nearby launch pad, kicking off a week of busy pre-test preparations while the sixth rocket is already nipping at its heels.

Starship SN5’s move to the pad ends the longest gap between full-scale prototype testing since Starship Mk1 was destroyed in November 2019, a partially-expected failure that began a more than three-month period of infrastructure upgrades. The first upgraded Starship (SN1) rolled to the pad on February 25th, followed by SN3 on March 29th and SN4 on April 23rd, indicative of a fairly consistent monthly cadence of Starship production (and destruction).

Almost exactly two months after its predecessor headed from the factory to SpaceX’s Boca Chica, Texas launch facilities, Starship SN5 has taken its place on a brand new launch mount. The cause of that month-long delay is fairly simple. When Starship SN4 exploded on May 29th, it damaged the existing launch mount and some additional ground support equipment (GSE), forcing SpaceX to scrap the destroyed mount and build a new one from scratch. In a matter of weeks, SpaceX’s crack team of pad engineers and technicians have done exactly that.

While, judging from several sets of canceled road closure days, the new mount wasn’t built quite as quickly as someone high up in SpaceX would have hoped, the speed of the recovery from SN4’s destructive demise is still extremely impressive. For full-scale operations, SpaceX needs a strong metal structure capable of providing a Starship prototype the propellant, power, and communications links it needs to perform tests, as well as standing up to the weight of a full-loaded Starship (>1000 metric tons) and preventing the rocket from flying away during static Raptor engine tests. Additionally, the launch mount will eventually need to survive the fury of one and even three Raptor engines once Starships graduated to flight testing.

As of June 3rd, the replacement launch mount was partially-completed steel skeleton.

Barely two weeks later, SpaceX had flipped that skeleton, installed it on the actual launch mount table, finished all structural work, installed a conical frame to enable hydraulic ram testing to simulate Raptor engine thrust, and outfitted the mount with a wide variety of complex plumbing, wiring, and fixtures. The current design is about as simple as it can get but is still relatively complicated, with a wide range of systems that must work perfectly together throughout an equally wide range of temperatures and other stressful conditions.

Starship SN5’s installation on that replacement mount serves as a final confirmation that the new structure is more or less complete. Now SpaceX will be faced with the different challenges of christening the new launch mount and ensuring that it’s functioning as planned at the same time as Starship SN5 is attempting to do the same thing. The company also appears to have taken the previous launch mount’s demise as an opportunity to implement some minor design changes, all of which will also need to be tested and verified.

Delays are quite likely but Starship SN5 is currently scheduled to kick off its first test campaign as early as June 29th. SpaceX will likely begin with an ambient pressure test to check for leaks, followed by a cryogenic proof test with liquid nitrogen to confirm that SN5 performs as expected while subjected to the ultra-cold temperatures its liquid methane and oxygen propellant will be kept at. SN5 would then move into wet dress rehearsals (WDR) with live propellant and one or several static fires with a single Raptor engine. Finally, if that complex series of tests goes a little bit better than it did with SN4, Starship SN5 will become the first full-scale prototype to attempt controlled flight, hopping to at least 150m (~500 ft).