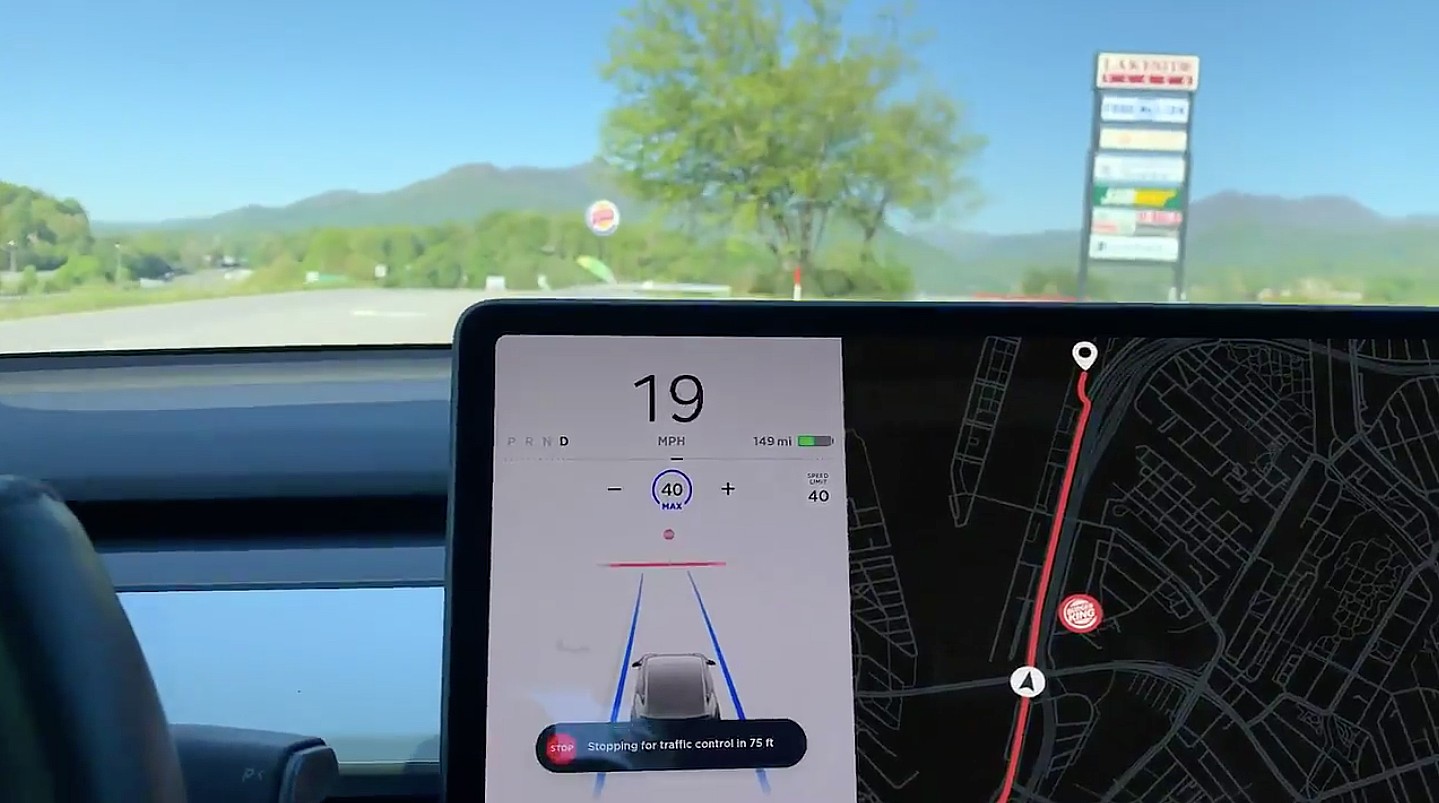 Tesla Autopilot’s Traffic Light and Stop Sign Control feature recently became the center of a clever new #AutopilotWhopper promotional campaign from fast food giant Burger King. The promotion, which would take effect on June 23, is share to give away free Whopper sandwiches to “smart car” owners who post a photo of their vehicle in a Burger King outlet.

Amusingly enough, Burger King’s Autopilot Whopper advertisement shows Traffic Light and Stop Sign Control working improperly. The newly released feature slows down vehicles when they encounter traffic lights or stop signs, and the Burger King logo, likely due to its shape, could be misread by a Tesla as a stop sign.

This definitely seemed to be the case in the fast food giant’s video advertisement, which featured what appeared to be a Tesla Model 3 slowing down as it approached a Burger King sign. As it turned out, this was advertising gold for the fast food giant. “Who knew smart cars are smart enough to brake for a Whopper? Artificial Intelligence knows what you crave. Turn on the Autopilot and stop at Burger King,” the video noted.

The fast food giant did not state if its #AutopilotWhopper promotion was only exclusive to Tesla owners, though the fact that the campaign itself is named after Autopilot says a lot about its target demographic. To qualify for the promotion, drivers must have their “smart car” stop at a Burger King outlet, and they must post a photo or video with the hashtags #AutopilotWhopper and #FreeWhopper to Twitter or Facebook. Within 24 hours, a code for a free Whopper sandwich will be sent.

Inasmuch as the fast food giant’s campaign is incredibly fun, the terms and conditions of the promotion reveal that the Autopilot Whopper perk will only be active for one day. The promotion starts on June 23, 2020 at 9:00AM ET and ends on the same day at 11:59PM ET; or it could end when all the free Whopper coupons are redeemed, whichever one comes first.

Overall, it’s a good thing that Burger King is rolling out its Autopilot Whopper ad campaign now, considering that Traffic Light and Stop Sign Control is actively being improved by Tesla in a fairly rapid manner. Just two months after its initial release, for example, the company has already started introducing automatic green light response provided that there is a car in front of the vehicle. With this in mind, it won’t be long before Autopilot no longer misreads Burger King signs as stop signs on the road.

Watch Burger King’s Autopilot Whopper advertisement in the video below.