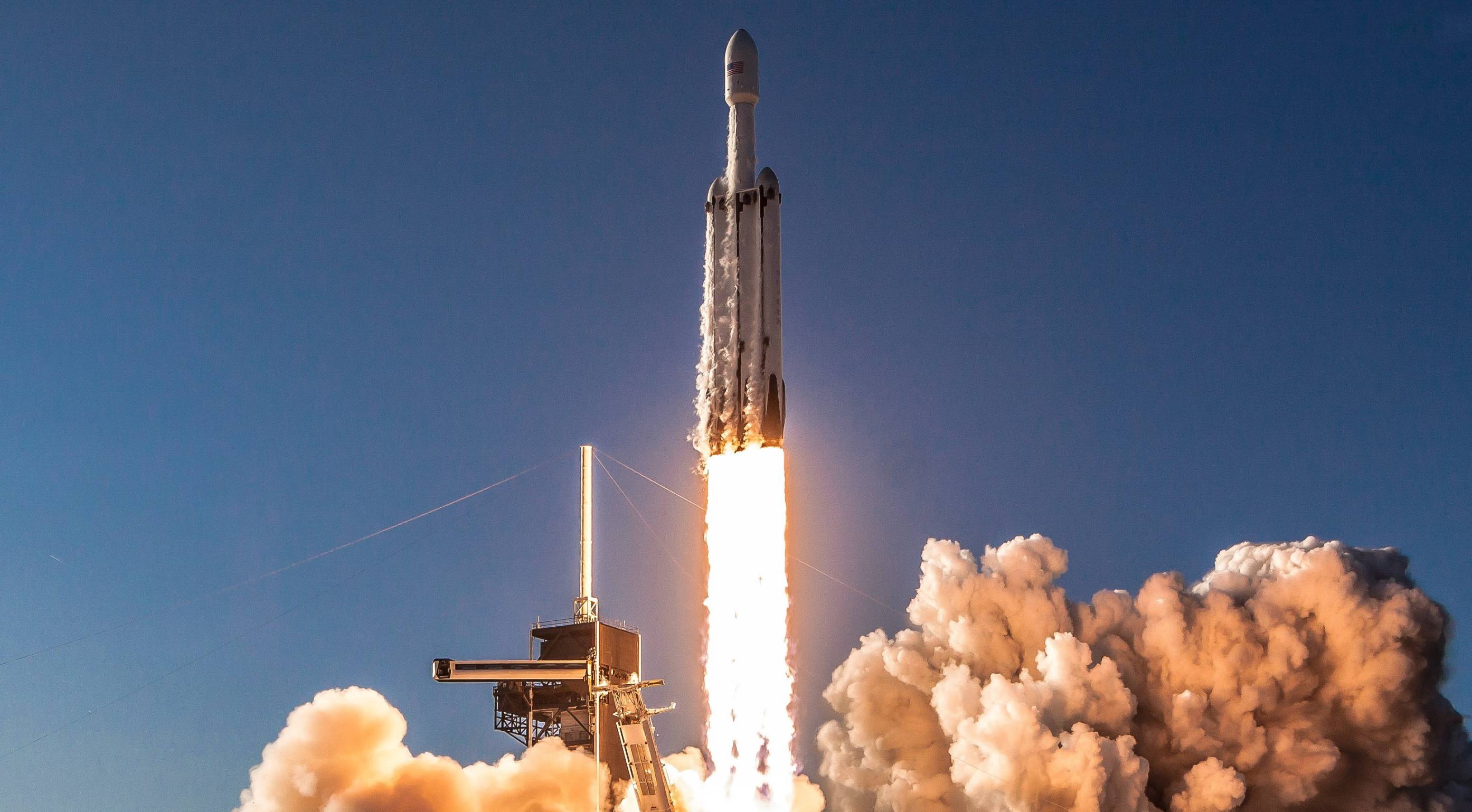 For the first time in more than two years, SpaceX has a firm launch date for its next Falcon Heavy mission: October 9th, 2021.

Revealed on September 7th as part of a US Space Systems Command presentation at the 2021 Small Payload Ride Share Symposium, October 9th now appears to be the military’s official target date for SpaceX’s fourth Falcon Heavy launch ever. Currently the most powerful and capable commercial rocket in operation and likely to remain so – perhaps alongside Starship – for years to come, Falcon Heavy debuted in February 2018, successfully delivering a mock payload into interplanetary space.

After another 14 months of work, SpaceX then debuted Falcon Heavy Block 5 – an upgraded version of the rocket that took advantage of all of Block 5’s reusability, reliability, and performance improvements. Just two months after Falcon Heavy Block 5’s inaugural April 2019 launch, SpaceX launched the rocket for the third time, supporting a US Air Force rideshare mission, reusing both of Flight 2’s side boosters, and giving the US military a firsthand demonstration of the rocket’s capabilities. However, Falcon Heavy has not flown once since then.

For mostly unknown reasons, Falcon Heavy’s fourth launch – a US military mission known as USSF-44 (formerly AFSPC-44) – has gradually slipped from a late-2020 target to Q1, Q2, Q3, and finally Q4 (October) 2021. SpaceX only began qualifying USSF-44’s Falcon Heavy boosters at its McGregor, Texas test facilities in late September 2020, a few weeks after delays from late-2020 to February 2021 and June 2021 were quietly announced. At that point, the US was deep into the throes of the COVID-19 pandemic’s local peak.

Only in May 2021 did the US military finally directly address major USSF-44 and USSF-52 delays, blaming them on “payload readiness.” Given that the Space Force never blamed SpaceX or rocket availability for what is likely to be a full year of launch delays, the implication is that likely satellite manufacturers Northrop Grumman, Lockheed Martin, Maxar, or Boeing have run into major technical issues. It’s also possible that those payload-side delays have been caused by a combination of supply chain issues and constraints brought on by the ongoing global pandemic.

Meanwhile, USSF-44’s all-new Falcon Heavy rocket appears to have been at Cape Canaveral and more or less ready for flight since Q2 2021 and SpaceX has been hard at work qualifying at least two more Falcon Heavy center cores for at least two additional missions scheduled in H1 2022.

Scheduled to launch no earlier than (NET) October 9th, Falcon Heavy #4 will likely roll out to Kennedy Space Center Pad 39A around 5-7 days prior for a crucial static fire test and pad shakedown. SpaceX is currently scheduled to launch Crew Dragon’s all-private Inspiration4 mission as early as September 14th, giving the company around three weeks to modify Pad 39A and its transporter/erector, gather all four USSF-44 Falcon Heavy stages, and assemble the rocket. Another Crew Dragon mission is then scheduled to launch as early as October 31st, again leaving SpaceX less than three weeks to reconfigure Pad 39A.

Successfully completing that back-to-back-to-back Dragon-FH-Dragon manifest on schedule will be a significant challenge and delays are probably more likely than not. Nevertheless, Falcon Heavy will likely roll out to the launch pad for the first time in more than two years less than a month from today.