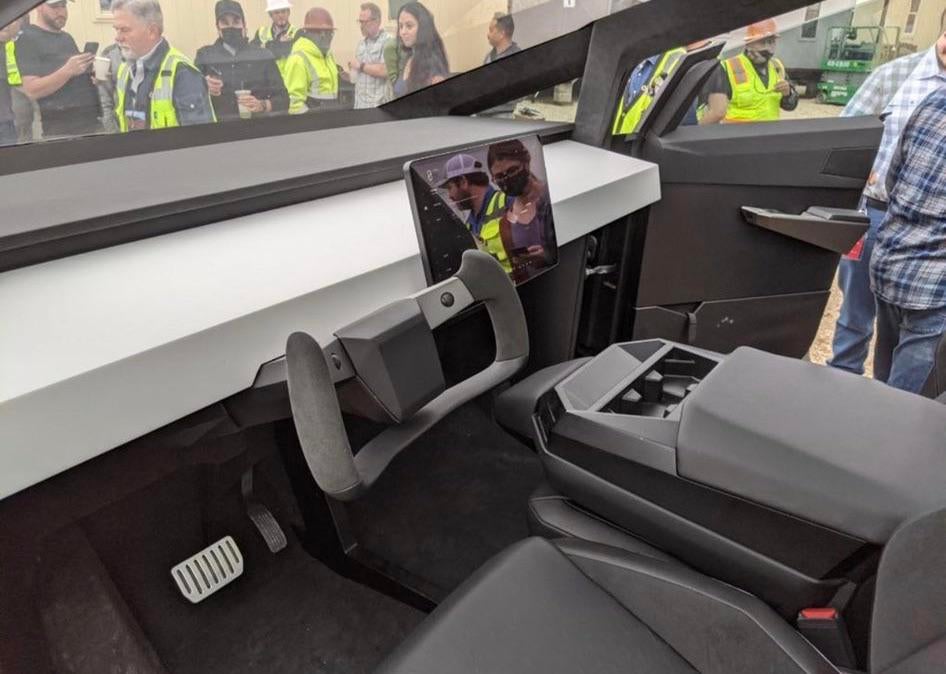 Many things are controversial about the Tesla Cybertruck. Apart from its out-of-the-box design, the vehicle’s prototype also utilizes what could very well be the most polarizing component that Tesla has released in years: the steering yoke. Elon Musk has not announced if the Cybertruck’s production version would be released with a yoke, but based on his recent posts on Twitter, it appears that the CEO is standing firm on the idea that Tesla’s new steering system will prove itself better when vehicles become autonomous.

One thing that is truly certain about the Cybertruck is the fact that it is absolutely not like other pickup trucks on the market. Even among all-electric pickups like the Rivian R1T and the Ford F-150 Lightning, the Cybertruck is extremely different. Elon Musk noted prior to the vehicle’s unveiling that the Cybertruck would not look out of place in a cyberpunk movie set. He definitely was not kidding.

Apart from reiterating the Cybertruck’s uniqueness in the pickup truck segment, Elon Musk also explained why Tesla is adopting the use of a steering yoke on vehicles like the Model S and the Model X. When asked by a Tesla owner if there are any practical reasons for Tesla’s utilization of a steering yoke, Musk noted that round steering wheels ultimately block the screen. The CEO also added that the Full Self-Driving experience is far superior with a steering yoke.

Tesla’s steering yoke on the Model S Plaid and Long Range has been extremely controversial. The Model S Plaid has been in the market for only a few months, and during this time, it has received rave reviews from both critics and consumers alike. But even reviewers who were extremely positive about the vehicle have shared criticisms on the steering yoke, with many stating that it is more of a gimmick that does little to provide a superior steering experience.

Musk, however, seems to be set on keeping the yoke, at least on the company’s flagship cars. Whether the yoke gets used on the Cybertruck remains to be seen, but Musk should be aware that even among veteran truckers who have fallen in love with the all-electric pickup truck, many have expressed reservations about using a steering yoke on such a large vehicle. The Cybertruck, after all, is made for utility, and thus, it would likely be used by people who are accustomed to using their cars for work. Equipping the vehicle with an unfamiliar steering system could then be counterproductive.