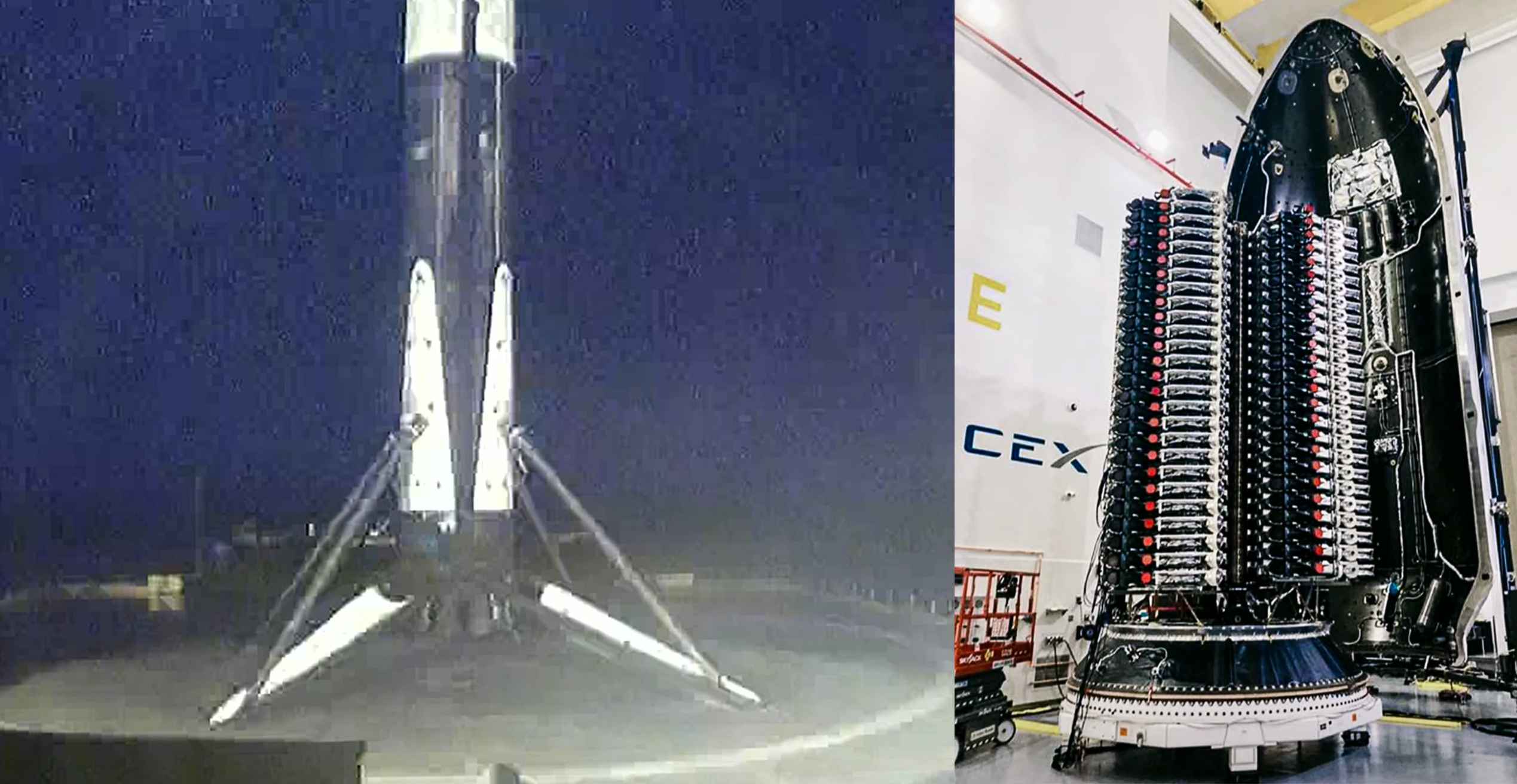 A SpaceX Falcon 9 rocket has successfully launched 51 upgraded laser-linked Starlink satellites from its Vandenberg Space Force Base (VSFB) – the first mission of its kind out of the company’s west coast launch facilities.

Known as Starlink Group 2-1, the mission debuted the operational design of new V1.5 Starlink satellites with laser interlinks that will eventually let the constellation route its own communications almost anywhere on Earth – regardless of ground station locations. Aside from potentially allowing SpaceX to flout local regulations in countries with oppressive communications restrictions, firewalls, or censors, those lasers will also give Starlink the ability to easily deliver internet to moving vehicles – including aircraft traveling over oceans – and in even the remotest locations with no ground infrastructure for hundreds of miles.

Independent of its main purpose, the Starlink 2-1 mission also saw SpaceX tie its internal Falcon booster reusability record. Following in the footsteps of younger booster B1051, Falcon 9 B1049, which debuted in September 2018, successfully completed its tenth orbital-class launch and landing with Starlink 2-1. Originally scheduled to launch as early as July, apparent hiccups mass-producing new Starlink V1.5 satellites and their laser interlinks delayed the mission by about two months, causing SpaceX to launch just once in 11 weeks preceding the mission.

In comparison, Falcon 9 B1051 debuted in March 2019 and became the first booster to cross the ten-flight mark in May 2021, just 26 months later. B1049 took almost exactly 36 months to accomplish the same feat – almost 40% slower but still faster than any of the four NASA Space Shuttles that successfully reached similar milestones.

SpaceX also says that Starlink 2-1 is the 24th time the company has successfully launched a flight-proven Falcon 9 payload fairing, reusing a normally expendable component that CEO Elon Musk once likened to a pallet of $6 million in cash. Ultimately, the company gave up on efforts to catch parasailing fairing halves out of the air with giant ship-based nets and has instead refocused on perfecting the reuse of fairings that gently land in the ocean. For the most part, that’s been accomplished by designing Starlink satellites themselves to tolerate a much dirtier, louder launch environment than most other spacecraft, letting SpaceX remove sponge-like foam sound suppression tiles normally found inside fairings and worry less about needing to deep-clean the giant nosecones.

Nevertheless, SpaceX has technically launched 150+ commercial payloads – and one major geostationary commsat (SXM-7) – over three launches with flight-proven fairings, suggesting that there is a path to wider commercial acceptance of the brand new technology and the direct cost savings it brings.

With Starlink 2-1 safely in orbit, SpaceX now likely operates more space-based laser interlinks than the rest of the world combined. Eventually, once enough satellites with laser links are in orbit, SpaceX will be able to dramatically expand Starlink coverage almost independent of the construction of new ground stations – a heavily bureaucratic process that has proven to make for agonizingly slow progress in a number of the 15+ countries with active service. Instead of requiring that the satellite a given user terminal (dish) is communicating with be in direct line of sight of a ground station dish to route a user’s communications, thus connecting them to the internet, a constellation with widespread lasers will allow a dish’s active satellite to relay that connection through other satellites.

As a result, ground stations can be significantly further away from the users they end up supporting. Further, given that SpaceX has no plans to stop building new ground stations despite the bureaucratic hell it can involve, a well-linked Starlink constellation will ultimately be able to beat most wired connections by using lasers to route user communications to the ground stations closest to the real-world servers or services they’re trying to access.

Stay tuned for updates on SpaceX’s next polar Starlink launch(es) with ‘space lasers.’