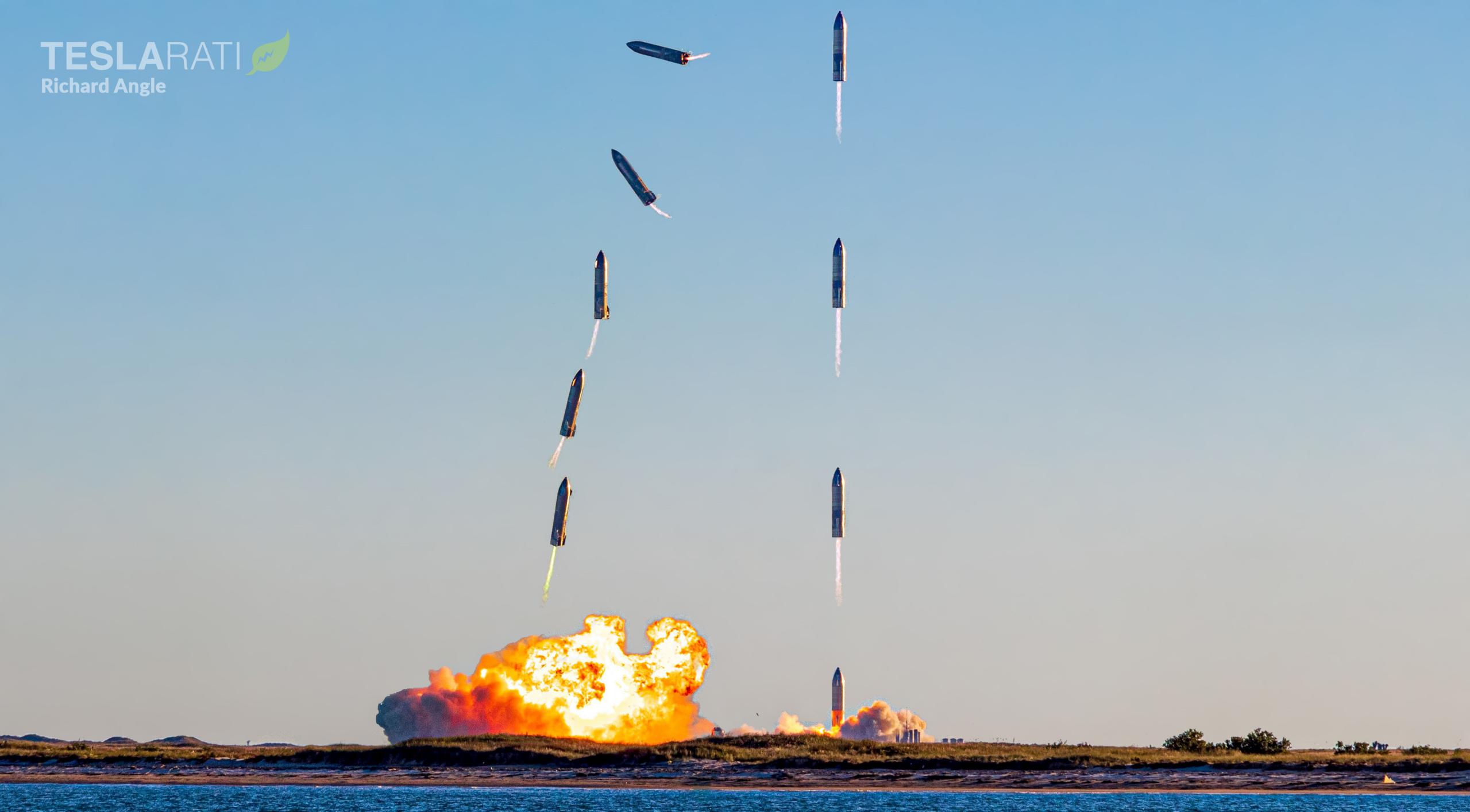 SpaceX has published a 4K recap of Starship serial number 8’s (SN8) spectacular high-altitude launch debut, highlighting all crucial aspects of the immensely successful test flight and hinting at the next steps forward.

On December 9th, after days of anticipation and delays for the unprecedented test flight, Starship SN8 sailed through a clean preflight flow, ignited three Raptor engines, and lifted off around 4:45 pm CST – just 15 minutes before the launch window was scheduled to close. In a move that would later be confirmed to be intentional, Starship’s ascent went exactly as planned with all three Raptors sequentially shutting down over the course of almost five minutes – necessary, said Elon Musk, to keep the rocket from “[blowing] through the [12.5-kilometer] altitude limit.”

Although technical difficulties prevented a high-altitude NASA reconnaissance jet from capturing aerial footage of the spectacle from up high, SpaceX certainly seems to have made do with more mundane platforms, capturing all aspects of Starship SN8’s launch in high definition.

At apogee, Starship SN8 vented most of the remaining liquid oxygen in its main tank and shut down the last active Raptor engine, kicking off an unprecedented guided freefall back to Earth. To achieve that feat, Starship SN8 had to reach apogee more or less vertical, begin falling tail-first, activate cold-gas thrusters and actuate four giant flaps to tilt belly-down, and use those same thrusters and flaps to maintain stability.

Likely reaching speeds of around 150 m/s (~330 mph) during that freefall, Starship SN8 made it look effortless, twitching its flaps and occasionally using a burst of thrusters to elegantly and stably glide back to about 1 km (~0.6 mi) above the ground. At that point, the rocket ignited one – and then two – Raptor engines with no apparent issue, gimballing violently and firing thrusters to flip its 9m by 50m (30 ft by 165 ft) hull ~120 degrees in a handful of seconds, ending in a tail-down landing configuration.

Up to that point, more than six minutes into the flight test, Starship SN8 had all but aced the gauntlet of firsts SpaceX had thrown at it, notably surpassing CEO Elon Musk’s expectation of a successful ascent but otherwise failed descent.

Instead, SN8 made it just a dozen or two seconds away from a soft landing before things went wrong. According to Musk, who commented after the fact, the Starship’s fuel (methane) header tank – a small secondary tank used to store landing propellant at high pressures – began to exhibit lower than needed pressures in the seconds before touchdown. Whether intentional or not, one of the two Raptors ignited during SN8’s flip maneuver shut down around ten seconds later, at which point the lone remaining engine throttled up only to have its plume turn an almost solid green.

In simple terms, without enough pressure in the fuel header, Raptor’s combustion turned very oxygen-rich, dramatically ramping up the heat and literally melting the engine’s copper-rich combustion chamber liner (hence the green hue). Had that tank been able to maintain pressure, it’s reasonable to assume that SN8 would have stuck a soft landing just like SN5 and SN6 did a few months prior. Thankfully, Musk says the source of the pressure issue was “minor” and, as SpaceX notes at the end of the recap, Starship SN9 is almost ready to carry the torch forward.