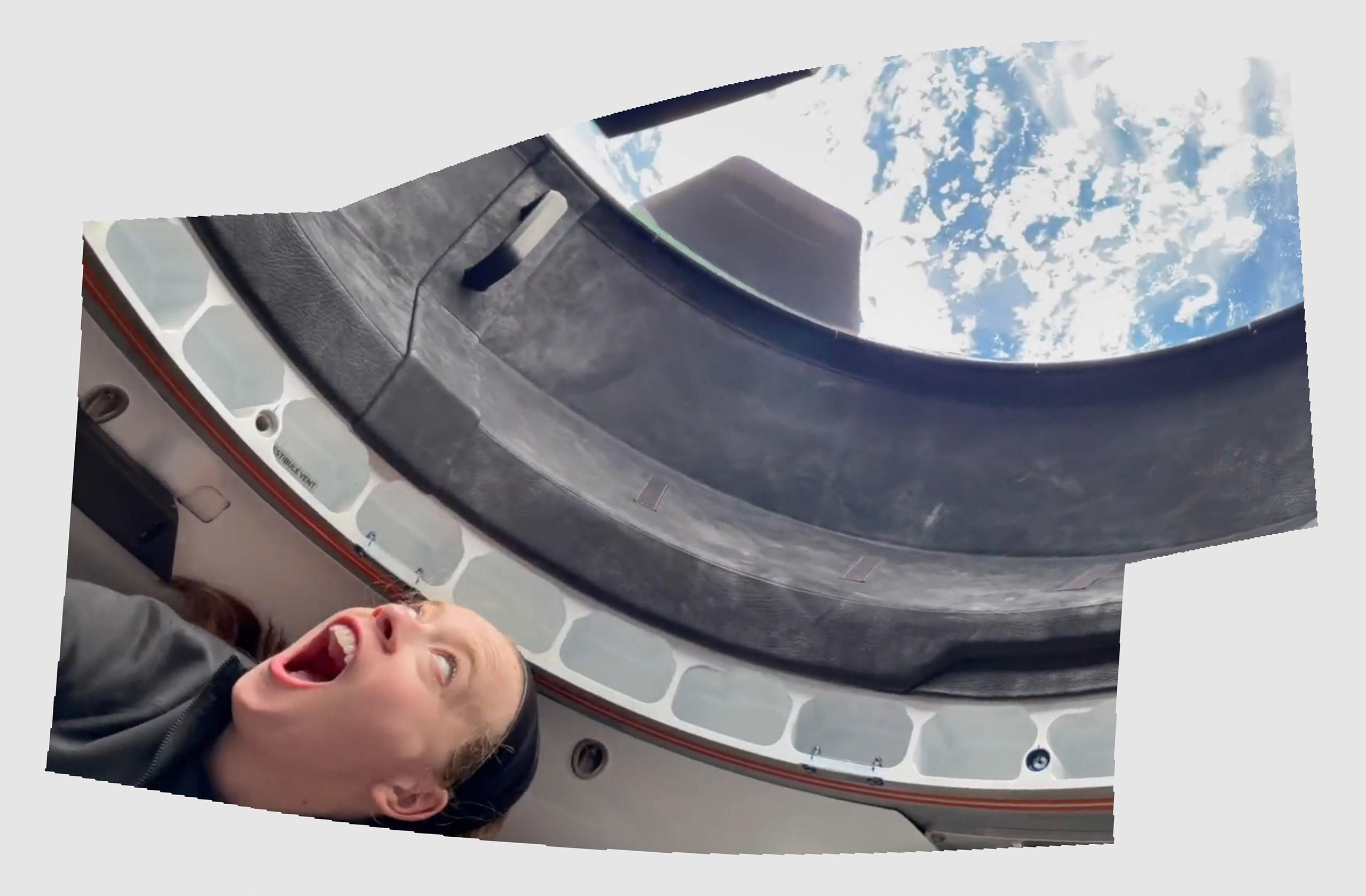 If one could sum up "pure joy" in a single photo... (Inspiration4 - Sian Proctor)

SpaceX Inspiration4 astronaut Sian Proctor has shared the first behind-the-scenes look at what it was like for the world’s first all-private astronaut crew to witness the largest window ever flown in space for the first time.

In front of the camera: Hayley Arceneaux, now the youngest American astronaut in history and the first person ever to fly in space (or orbit) with an internal prosthetic. The mission: Inspiration4, a philanthropic creation of billionaire and CEO Jared Isaacman heavily focused on raising money (and awareness) for St. Jude’s Children’s Hospital and the fight against childhood cancer. While, as many an internet-goer will be more than eager to point out, Isaacman could have technically donated ~10% – not ~5% – of his net worth and been done with it, he instead decided to commit $100M to St. Jude’s and shepherd the world’s first all-private crewed orbital spaceflight into existence.

Private orbital spaceflight is not unique – seven other paying customers have flown to orbit and back in the 21st century. What Jared conceived of, however, is. Instead of a rather less inspirational mishmash of anyone rich enough to pay ~$20-40M for a seat, Isaacman chose to invite three relatively ordinary people along for the ride and even raffled one of the three ‘tickets’ to any American willing to donate $10 or more to the fight against childhood cancer. A step further, thanks to an excellent and transparent social media presence, millions of people from around the world got to follow the mission’s progress, watch a large portion of it live, and generally be awed by an important step forward for spaceflight and inspired by one of the most simultaneously eclectic and ordinary astronaut crew of all time.

More to the point, millions of people (or at least hundreds of thousands, for now) wouldn’t have gotten to vicariously experience the sheer joy of the first orbital cancer survivor experiencing the largest, most uninterrupted window ever flown in space for the first time. Officially known as the ‘cupola,’ SpaceX conceived of, designed, built, qualified, and flew the massive dome window in less than a year from start to finish.

Measuring around 1.2m (3.9 ft) wide and around 0.8-1m (2.5-3.2 ft) wide on the inside, Inspiration4’s cupola might offer less internal volume than NASA’s decade-old International Space Station cupola, but it makes up for the tighter space with the largest seamless window ever flown in space. Likely made out of several layers of acrylic domes not dissimilar to the ‘bubbles’ one might come across at aquariums, the innermost ‘layer’ of Dragon’s cupola carries an odd brownish hue but the glass (technically plastic) is still almost completely transparent and has no ‘frame’ or interruptions save for where it attaches to the spacecraft itself.

Thankfully, by all appearances, that brownish hue – perhaps some kind of optical coating or a tint to reduce glare – isn’t easily discernable from the inside looking out. Instead, the uninterrupted window practically melts away into a crystal-clear nothing, offering what has to be one of the best views available in space.

Given that SpaceX reportedly turned Dragon’s cupola from idea to reality in the matter of a single year and for a single customer, it’s difficult to imagine what additional upgrades could be realized on future Dragon spacecraft. Already, a senior SpaceX director says that the company is seriously considering building one or several new Dragons solely for private astronaut launches after receiving a massive uptick in demand for tickets to orbit. Even before Inspiration4 had splashed down, CEO Elon Musk promised that future flights would offer in-flight internet and hot food with the addition of a small oven/heater and a connection to the company’s own Starlink satellite constellation.

If SpaceX were to build an entirely new Dragon just for private free-flyer launches, it could potentially implement significant design changes as long as they didn’t appreciably lower safety. Given that an exclusively free-flying Dragon would never need to worry about docking in orbit, SpaceX might even be able to tweak the nosecone and make the cupola wider and taller. The possibilities may be far from endless but the fact that SpaceX would consider a modification as extreme as the cupola that flew on Inspiration4 in the first place suggests that the company is quite a lot more confident – and more willing to make big changes – than one might have previously guessed.