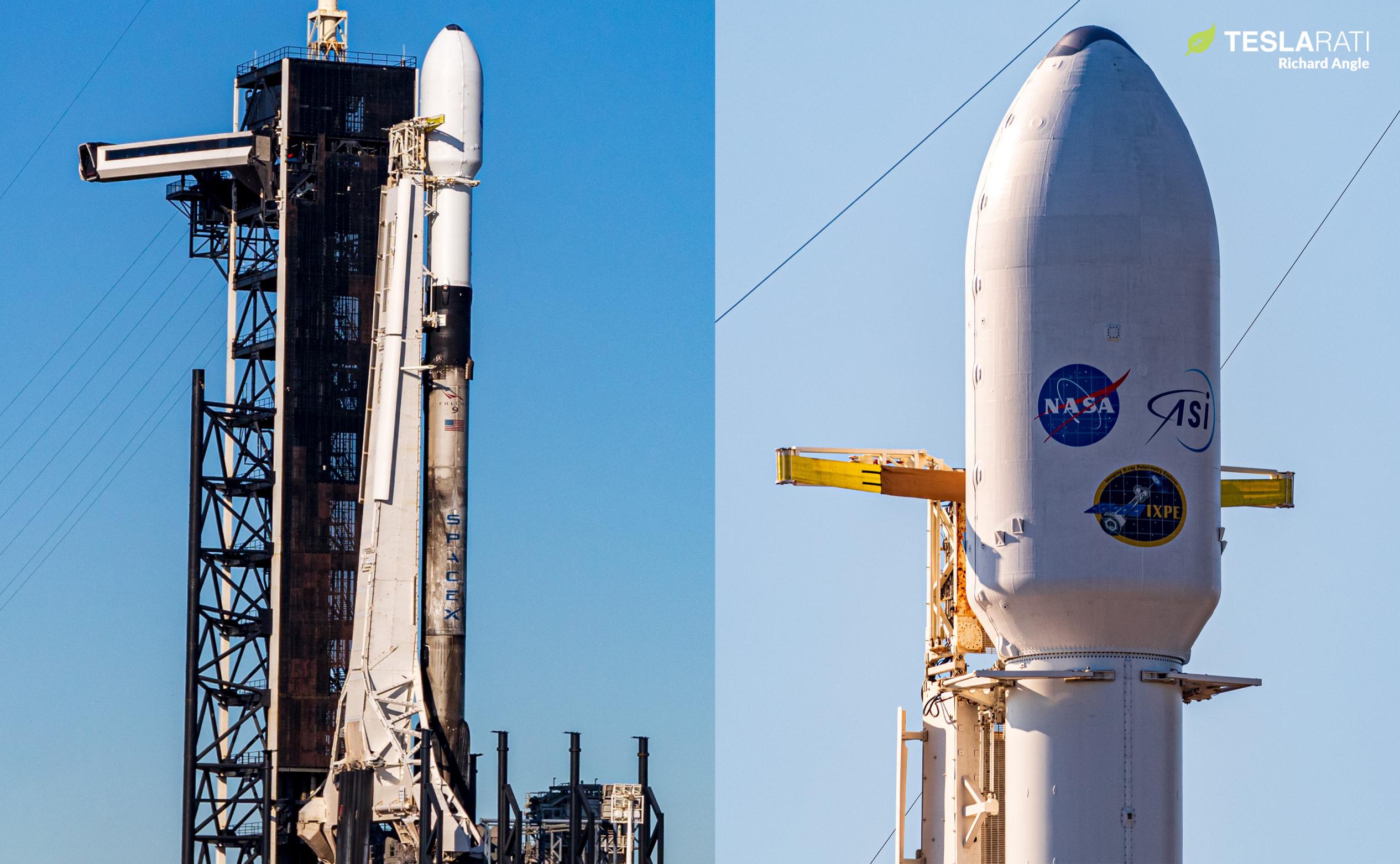 Carrying NASA’s tiny IXPE X-ray observatory spacecraft, a Falcon 9 rocket remains on track to lift off as early as 1am EST (06:00 UTC), Thursday, December 9th for SpaceX’s 28th launch of 2021.

The ~330 kg (~730 lb) spacecraft will be Falcon 9’s only cargo, making IXPE the smallest dedicated payload in the rocket’s 11-year history. Beyond that unusual record, IXPE will also be SpaceX’s second NASA LSP launch in a little over two weeks and the first time ever that NASA has entrusted a payload to the fifth flight of a Falcon booster. IXPE will be Falcon 9 B1061’s fifth launch and drone ship landing attempt in 13 months, four of which will have been for NASA. IXPE will ultimately add a first-of-its-kind space-based observatory to the list of eight astronauts, three Dragons, and a geostationary communications satellite the booster has helped launch.

The mission will also be SpaceX’s 28th launch of 2021, pushing SpaceX’s new annual cadence record even higher after it beat its record of 26 launches (set last year) earlier this month. SpaceX is far from done, though, and appears to be on track for as many as three more launches after IXPE – potentially making December 2021 the first time the company has launched five times in one month.

Next, SpaceX is scheduled to launch Turkey’s Turksat 5B geostationary communications satellite no earlier than (NET) 11:58 pm EST (04:58 UTC), December 18th. Around two days later, SpaceX is scheduled to launch Cargo Dragon 2’s CRS-24 space station resupply mission at 5:06 am EST (10:06 UTC), December 21st. At some point in the second half of the month, SpaceX could also launch one last Starlink mission for the year – likely out of its Vandenberg, California facilities. At least four other SpaceX missions are tentatively scheduled to launch in January 2022, suggesting that after an unusually light third quarter, SpaceX is returning to the average cadence of 3-4 launches per month it demonstrated in the first half of 2021.