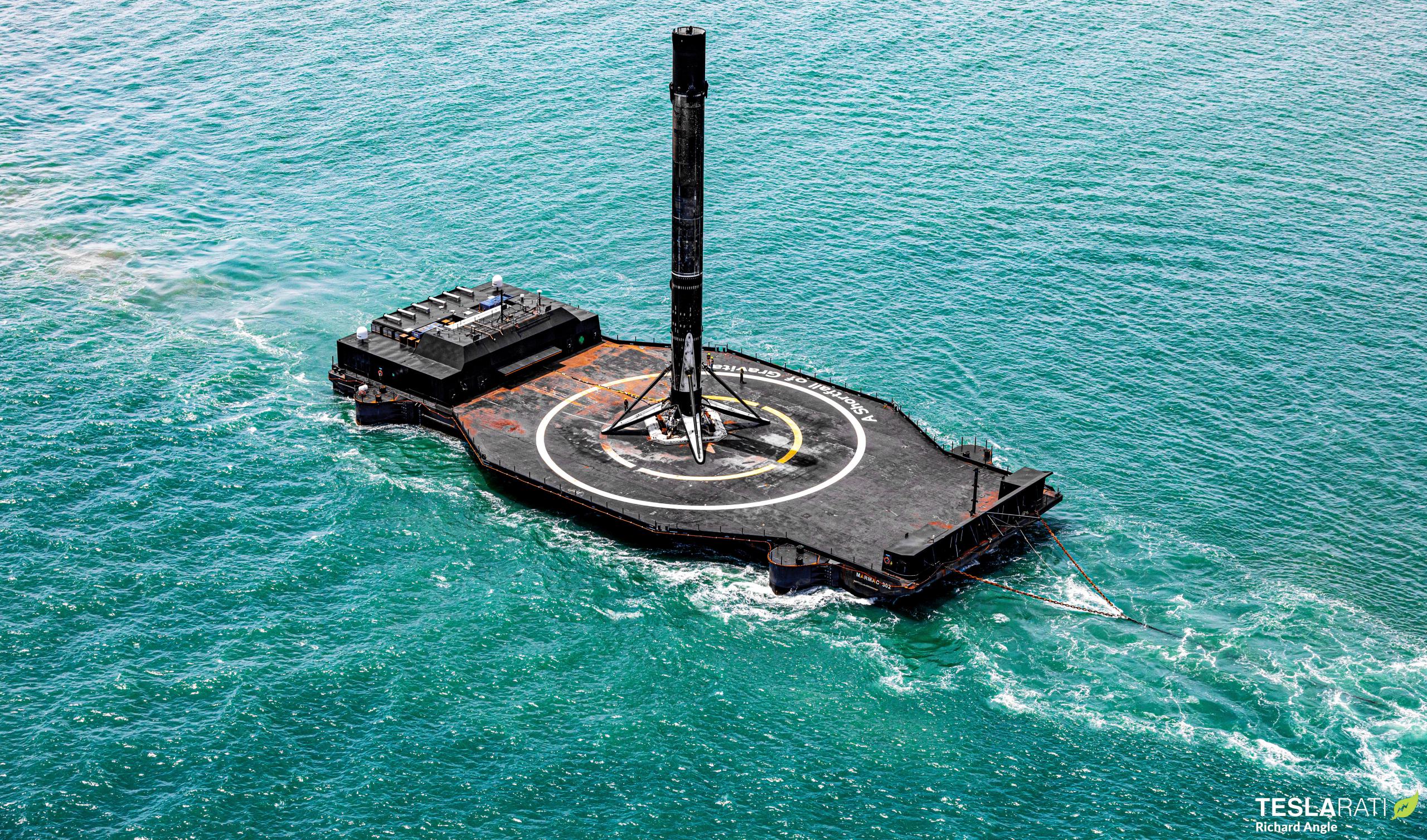 SpaceX’s latest record-breaking Falcon 9 booster has returned to port after completing its 13th launch and landing.

Falcon 9 B1060 lifted off for the first time in June 2020 with the US military’s third next-generation GPS III satellite safely cocooned inside a payload fairing. Unlike B1054, which the US Air Force required SpaceX to expend after their first GPS III satellite launch, the military allowed the company to attempt to recover booster B1060. That first successful recovery would unknowingly pave the way for a future of firsts and for an exceptionally productive career.

After GPS III SV03, B1060 occasionally supported commercial launches like Turkey’s Turksat 5A geostationary communications satellite and one of SpaceX’s own Transporter rideshare missions, but the booster has primarily been assigned to Starlink launches. In early 2021, the booster smashed SpaceX’s internal turnaround record and spent just 27 days on the ground between its fourth and fifth launches – halving the 54-day record set by NASA’s Space Shuttle, the only other orbital-class rocket that has ever been repeatedly reused.

B1060 has singlehandedly supported the launch of 550 Starlink satellites weighing more than 150 metric tons (>330,000 lb). Altogether, it’s helped launch more than 640 satellites with a collective weight around 165 tons. After its June 17th launch of Starlink 4-19, it’s also supported more orbital-class launches and landings – 13 – than any other Falcon booster, although Falcon 9 B1051 and B1058 are close behind with 12 launches apiece.

According to senior SpaceX engineers and executives that recently provided exclusive interviews to Aviation Week, the company no longer believes it will need to fly Falcon 9 boosters more than 15 times each, with the implication being that Starship – a next-generation, fully-reusable rocket – will soon begin to take over. Once a Falcon 9 booster (now likely to be B1060) completes its 15th launch, SpaceX intends to take it out of service and perform extensive inspections. If the data gathered is encouraging, it will certify all current and future Falcon boosters for 15 launches each.

It’s unclear if that 15-flight target is a firm cap or if exceptionally productive boosters like B1060, B1051, and B1058 will be allowed to continue pushing the envelope of reuse on future Starlink missions. At their current rate of launch, there’s a good chance that all three could complete 15 launches before the end of 2022. Slightly older and more tempermental, booster B1049 will reportedly be expended after its eleventh launch sometime later this year. If SpaceX’s plan is to full remove boosters from service after Flight 15, the company’s fleet of regularly flying boosters could plummet from 12 to 8 around around the end of 2022 or early 2023.

Following B1060’s June 21st port return, Falcon 9 booster B1061 sailed into port on SpaceX’s other East Coast drone ship on June 22nd after SpaceX launched Starlink 4-19 and Globalstar FM15 (B1061’s latest mission) 36 hours apart the weekend prior. That kind of rapid-fire cadence will likely become a regular occurrence in the second half of 2022 if SpaceX continues to launch an average of once per week, and the company is showing no signs of slowing.