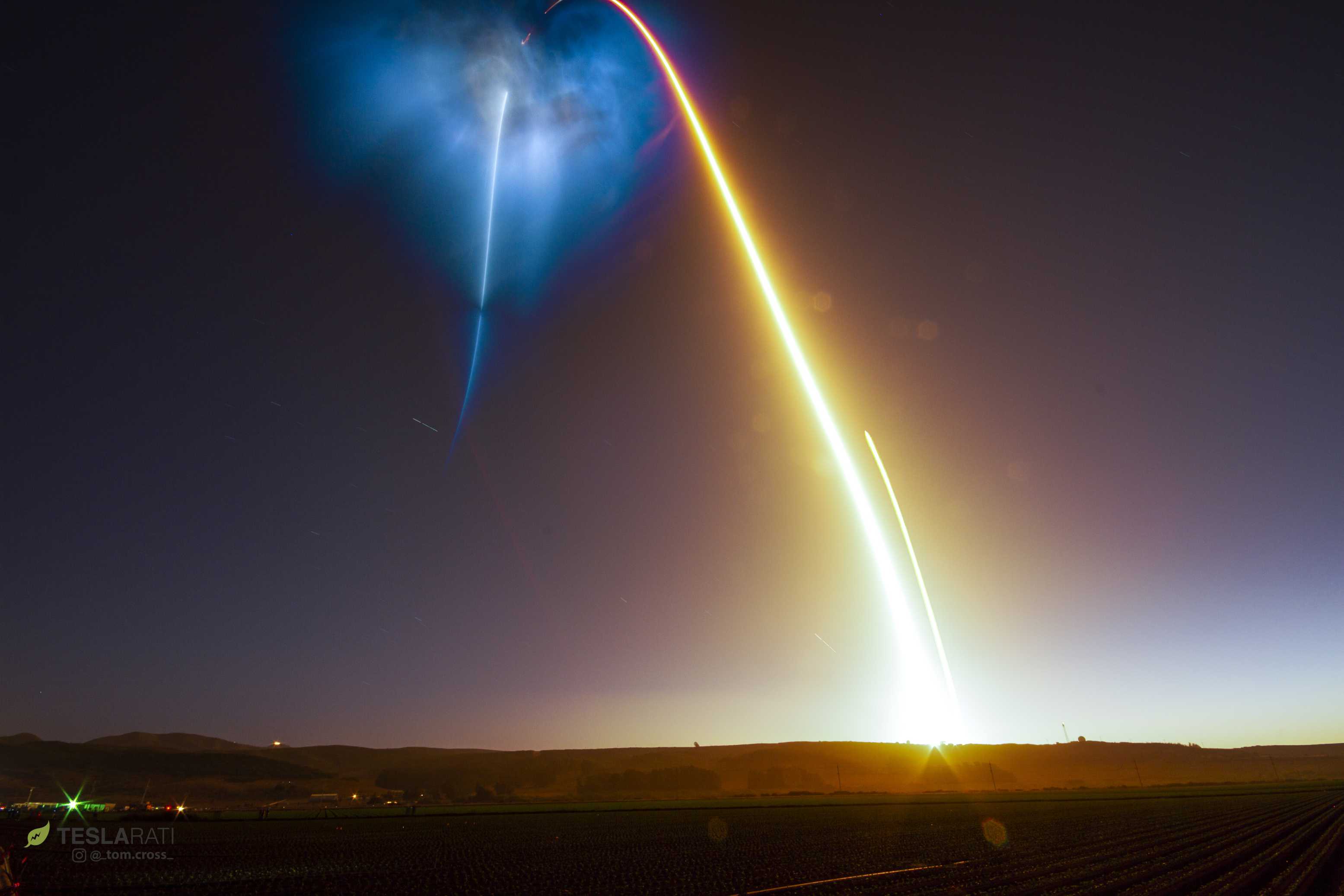 SpaceX has successfully recovered a Falcon 9 Block 5 booster on a land-based landing zone for the first time in the rocket’s brief history, marking the debut of the company’s West Coast LZ-4 and the second flight of a reused Block 5 booster. Thanks to coincidentally optimal conditions, the launch resulted in an extraordinary visual show for those within several hundred miles, spotted anywhere from Los Angeles, CA to Phoenix, AZ and beyond.

Perhaps even more jaw-dropping than the Iridium-4 spectacle that caused quasi-hysteria throughout much of California, Falcon 9 B1048 and its upper stage companion created an extraordinary show as the booster the booster separated, flipped 180 degrees, and began its boostback burn directly into the plume of S2’s Merlin Vacuum engine. 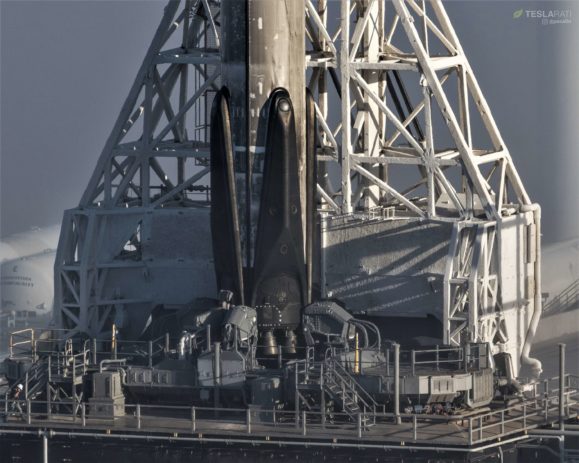 B1048 bares its sooty skin the morning before launch. (Pauline Acalin) 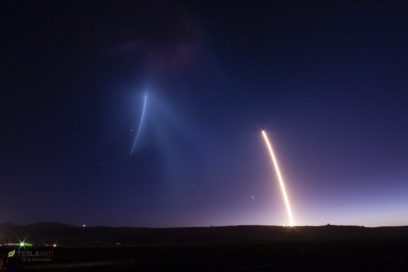 Falcon 9 B1048 streaks into a clear California sky with SAOCOM 1A. (Tom Cross)

Known as plume interaction, the phenomena has been known to produce extraordinary visual effects and the launch of SAOCOM 1A was certainly no exception. From the perspective of a popular public viewing area a little over five miles from SpaceX’s SLC-4 launch complex and LZ-4 landing zone, a period of maybe 30 seconds after S2 and S1 separated and ignited were marked by what looked exactly like the birth of a nebula. Although S2 and S1 plume interaction does make for incredible visuals on its own, the secret ingredient responsible for phenomena like SAOCOM 1A and Iridium-4 is coincidentally perfect timing.

Those launches and others like them share one major trait: they tend to be scheduled for liftoff between 15 minutes and an hour after sunset. By launching after the sun has set at the launch site itself, this allows the rocket to quite literally catch up with the terminator and reenter sunlight while those on the ground at or around the pad experience twilight conditions. Combined, the rocket plumes are thus backlit by the sun at the same time as the sky to any grounded observer is nearing total darkness, akin to an aurora or bioluminescence in the deep sea.

After Falcon 9’s fireworks, booster B1048 managed a stunning return to Landing Zone 4 (LZ-4), giving local observers a nice triple sonic boom. Now standing just ~1400 feet away from the SLC-4E pad, B1048 could very likely become the first booster SpaceX launches three times – perhaps as soon as November or December, depending on its condition after landing.

Falcon 9 on Landing Zone 4 after delivering SAOCOM 1A to low Earth orbit, marking the 30th successful landing of a rocket booster. pic.twitter.com/8cgAaWlBEl