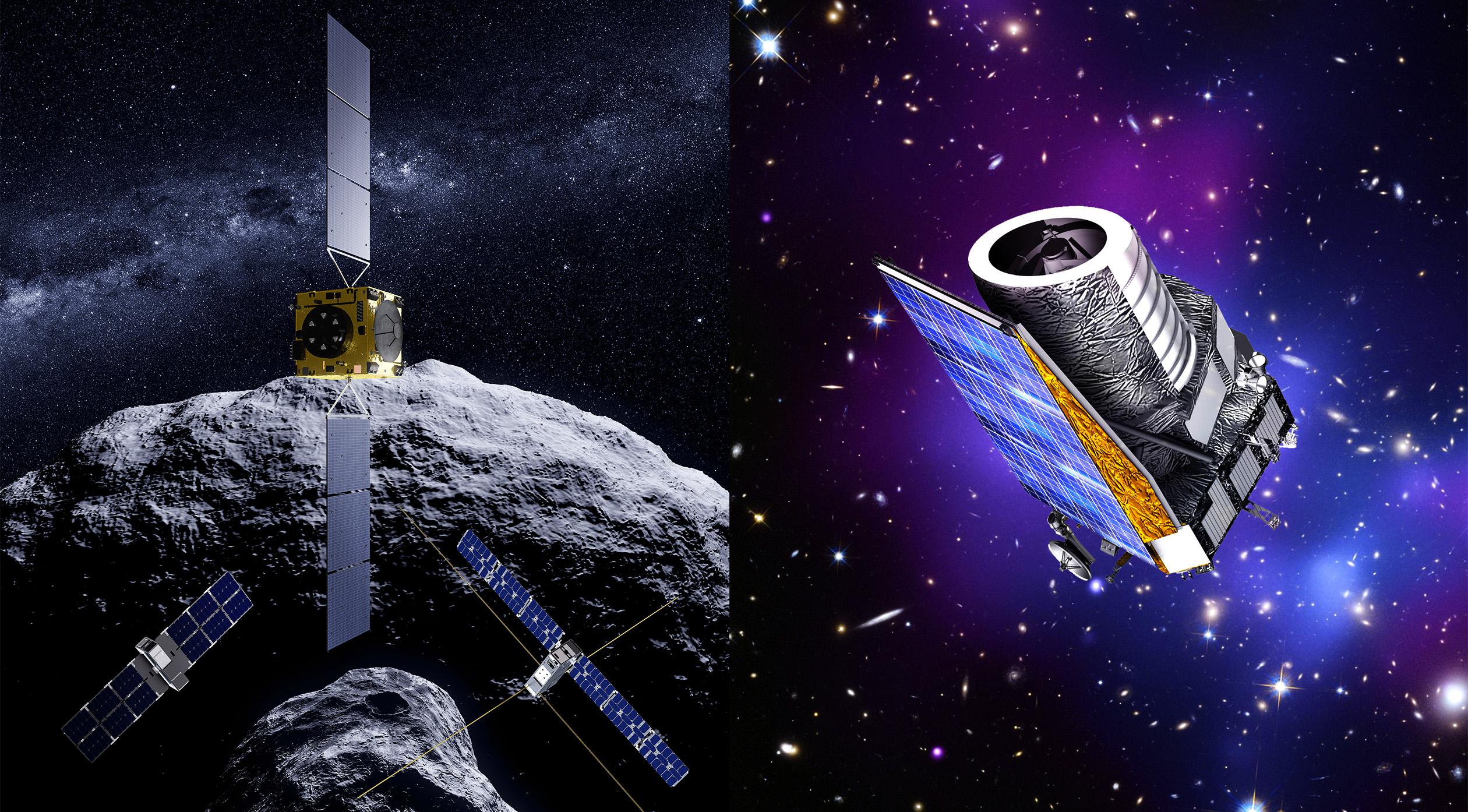 Arianespace's Ariane 6 delays have finally caught up with it, forcing ESA to move two spacecraft onto SpaceX rockets. (ESA)

On October 17th, a NASA official speaking at an Astrophysics Advisory Committee meeting revealed that the European Space Agency (ESA) had begun “exploring options” and studying the feasibility of launching the Euclid near-infrared space telescope on SpaceX’s Falcon 9 rocket.

In a major upset, director Josef Aschbacher confirmed less than three days later that ESA will contract with SpaceX to launch the Euclid telescope and Hera, a multi-spacecraft mission to a near-Earth asteroid, after all domestic alternatives fell through.

The European Union and, by proxy, ESA, are infamously insular and parochial about rocket launch services. That attitude was largely cultivated by ESA and the French company Arianespace’s success in the international commercial launch market in the 1980s, 1990s, and 2000s – a hard-fought position that all parties eventually seemed to take for granted. When that golden era slammed headfirst into the brick wall erected by SpaceX in the mid-2010s, Arianespace found itself facing a truly threatening competitor for the first time in 15+ years.

More importantly, ESA and the EU had minimal sway over SpaceX and could do very little to halt the private company from quickly becoming a leader of the international launch industry. Much like the traditional US launch industry that SpaceX also aggressively disrupted, ESA, EU, and Ariane officials remained in denial well into the late 2010s, even as SpaceX devoured their market share.

When ESA and Arianespace began work on a rocket to follow their highly successful and once-competitive Ariane 5 in the early and mid-2010s, they also ignored SpaceX’s loud pursuit of affordable launches through reusable rockets. European stakeholders ultimately opted to develop a fully-expendable successor – Ariane 6 – that merely tweaked the ingredients of the proven Ariane 5 formula. But after choosing the path of least resistance in 2014, Ariane 6’s launch debut has still slipped from 2020 to “late 2023” at the earliest, causing chaos for many of the commercial and institutional European payloads assigned to the rocket over the years.

Then, in February 2022, Russia illegally invaded Ukraine a second time, throwing all other aspects of Europe into chaos. As part of the hostilities and in response to widespread European criticism, Russia took a batch of US-built, British-owned OneWeb satellites hostage, stole the Soyuz rocket they had already purchased, and reneged on a launch deal in a move that cost the company hundreds of millions of dollars. Doubling down, they also officially withdrew from all partnerships with ESA and Arianespace, ending the practice of Europeanized Soyuz launches and leaving multiple joint missions stranded or in limbo.

Euclid was one such mission. Development of the small near-infrared space telescope began in the early 2010s and was predicted to cost “more than 1 billion Euros” as of 2013. At the time, a European Soyuz 2.1 rocket was scheduled to launch Euclid to the Sun-Earth system’s L2 Lagrange point as early as 2020. After Russia’s second invasion of Ukraine killed Soyuz as an option, ESA briefly claimed that it would instead launch Euclid on Ariane 6.

In October 2022, ESA announced that Ariane 6’s launch debut would be delayed from its current target of late 2022 to late 2023 or even early 2024. As a result, 13 satellites – most of which are European – found themselves at risk of 6, 12, or even 18+ months of guaranteed launch delays. Less than 24 hours after announcing the latest in a long line of major Ariane 6 delays, ESA’s director revealed that two of those 13 satellites were already being transferred to SpaceX Falcon 9 rockets.

Given that Euclid was orphaned by a Russian rocket, it wasn’t a huge surprise for the telescope’s launch to be handed from Arianespace to SpaceX. However, the simultaneous announcement that Hera would follow suit was far more shocking. From the start, Hera was scheduled to be one of the first payloads launched by an Ariane 64 rocket with a new Astris kick stage under development at Arianespace.

Had Hera stuck with the first three-stage Ariane 6 after the two-stage version’s latest delay, the odds of missing its 17-day October 2024 window would have increased significantly. If Hera missed that brief window, orbital mechanics would cause backup opportunities in 2025 and 2026 to extend the mission’s cruise phase (travel time) from two years to more than five years.

The €290 million Hera mission’s primary purpose is to enter orbit around the near-Earth asteroid Didiymos and study a fresh impact crater on its moon, Dimorphos. That crater is fresh because it was intentionally created when NASA’s DART spacecraft slammed into the asteroid moon last month. Fittingly, SpaceX launched DART to Dimoprhos on a Falcon 9 rocket, and will now launch Hera in its footsteps as early as October 2024. Another Falcon 9 rocket will launch the Euclid telescope into deep space as early as mid-2023.