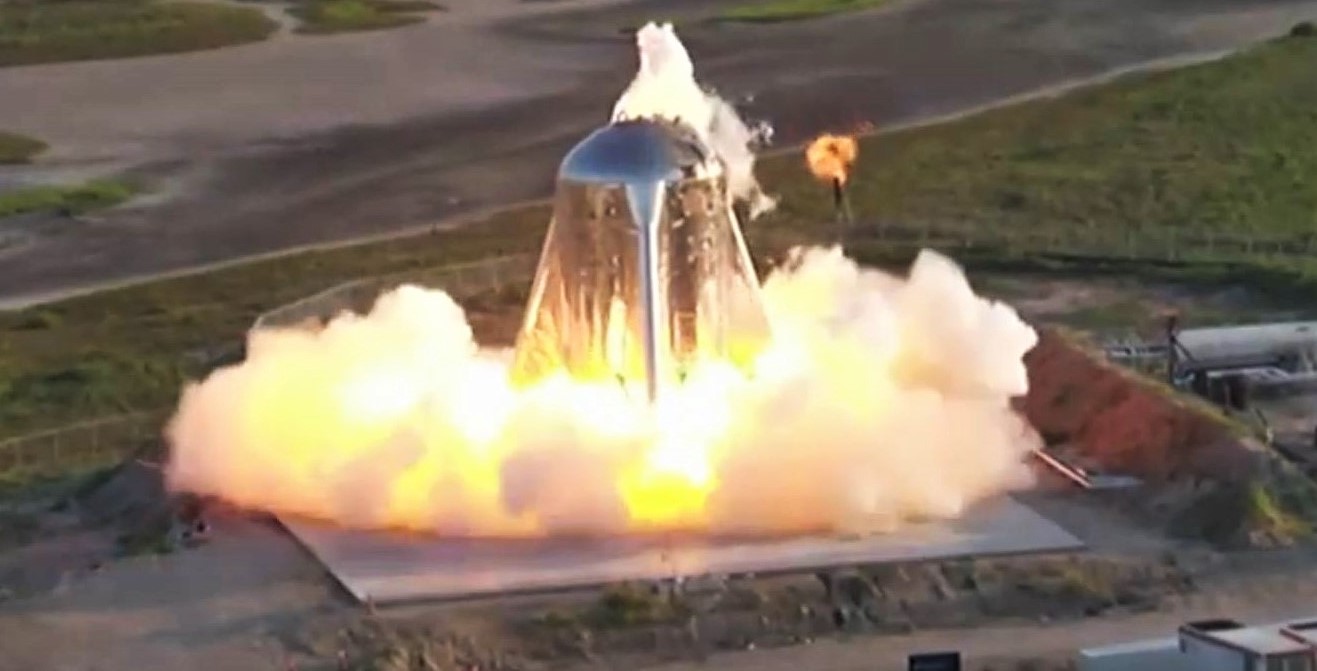 SpaceX has aborted Starhopper’s inaugural untethered flight test shortly after the planned T-0 liftoff time and is in the process of analyzing telemetry to see if another attempt is possible tonight.

At the planned T-0, Starhopper successfully ignited its single Raptor engine before quickly shutting down, at which point a fairly large fire began at a methane vent near the rocket’s domed top. Although the location was different, the fire was extremely reminiscent of a similar ‘fast-fire’ that occurred shortly after Starhopper’s dedicated July 16th static fire test, effectively engulfing the rocket in a fireball after unburnt methane was ignited.

Not yet officially scrubbed for the night. They are assessing if the recycle tonight or try another evening.

Above all else, it’s hard to emphasize how transparent SpaceX is being by publicly broadcasting what is effectively a developmental test for a rough rocket prototype – a test that could very easily end in some kind of failure. SpaceX kept the webcast live for a solid 15 minutes after the aborted hover test and minor vent fire but has since ended it and is reportedly analyzing whether another hover attempt can be made tonight (July 24th).

Most likely, the test will be scrubbed and another attempt will be made tomorrow after the vehicle has been detanked and technicians are able to inspect Starhopper for damage after a methane valve appeared to turn into a mighty impressive flamethrower.

Stayed tuned for updates from SpaceX, CEO Elon Musk, and other local observers. The aborted test can be watched at the link below.