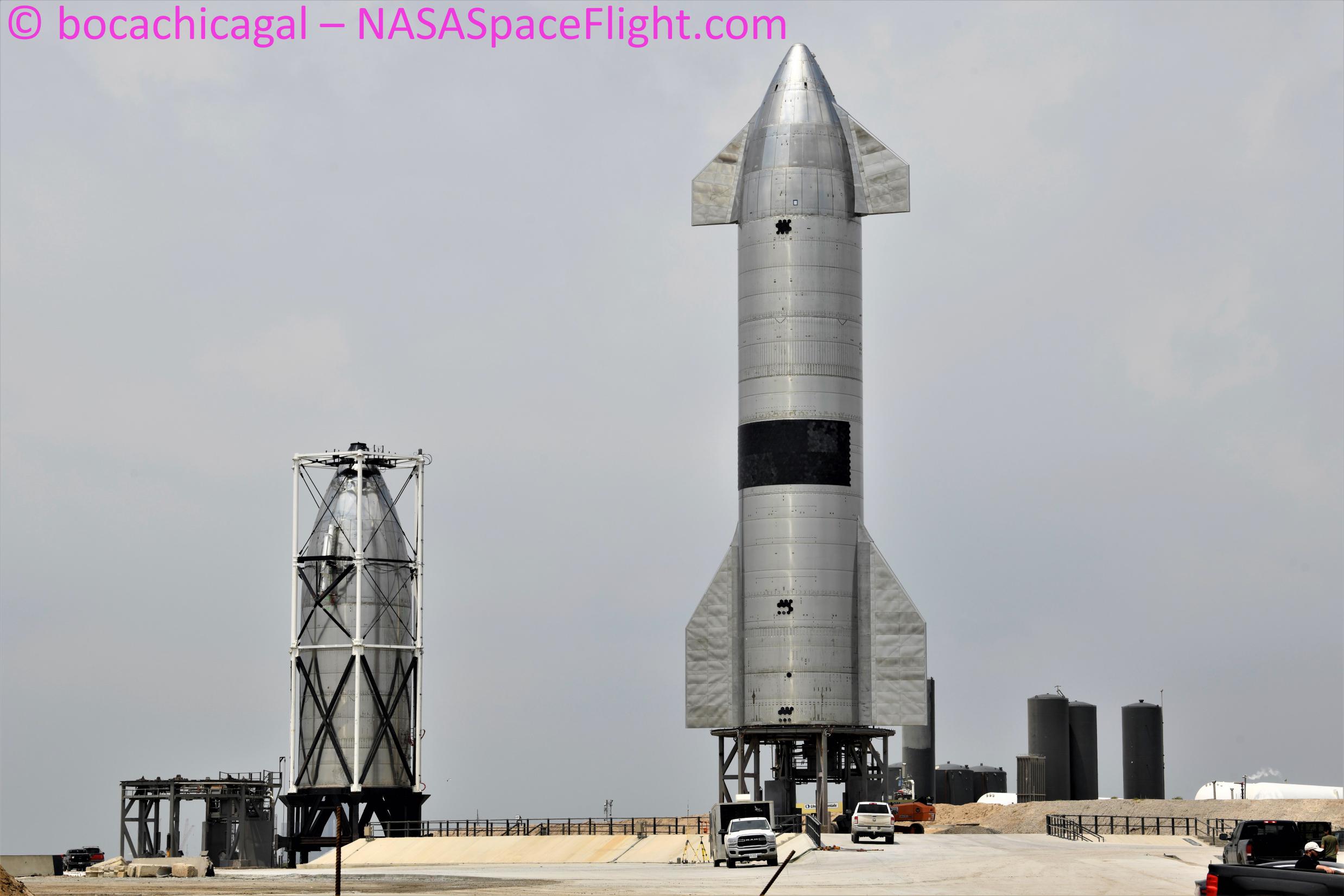 All that’s missing is SpaceX’s official confirmation. Boca Chica Village has already been evacuated and the company appears to be in the process of clearing the launch pad of personnel as of 2pm CDT – two hours into a window that closes around 8pm CDT (01:00 UTC, May 6). Stay tuned for a possible Starship launch later today!

Update: SpaceX has called off Starship SN15’s Tuesday, May 4th launch attempt for unknown reasons. The rocket is now scheduled to fly no earlier than (NET) Wednesday, May 5th – perhaps just ~24 hours after the company’s 25th operational Starlink launch.

Barring delays, SpaceX appears to be on track to launch a batch of 60 Starlink satellites and perform a fifth high-altitude Starship flight test mere hours apart on Tuesday, May 4th.

Around 1am on May 3rd, SpaceX completed a successful wet dress rehearsal (WDR) and static fire test with Falcon 9 booster B1049, an expendable upper stage, and the latest stack of Starlink satellites. Around eight hours later, as per usual, SpaceX confirmed via social media that the test was a success and that its 25th operational Starlink mission is scheduled to launch no earlier than 3:01 pm EDT (19:01 UTC) on Tuesday, May 4th.

Simultaneously, after a handful of delays, SpaceX also appears to be on track to attempt the first launch of a Starship with “hundreds of improvements” sometime between ~1pm and ~8pm CDT (18:00-01:00 UTC) on the same Tuesday.

Starlink-25 will be SpaceX’s second daylight Falcon 9 launch in months – rare as of late due to arcane specifics of the constellation’s orbital mechanics. Aside from generally offering a much better view of the launch, Starlink-25’s 3:01 pm EDT launch target means that Falcon 9 and Starship SN15 could technically launch at the exact same time in Florida and Texas.

While it’s unlikely if SpaceX would actually allow truly simultaneous launches and unclear if such a thing is even possible, it is possible that SpaceX could launch Starship SN15 at some point in the ~50 minutes Starlink-25 will be quietly coasting in orbit. More likely, though, SpaceX will use Starship SN15’s eight-hour window and wait until Starlink-25 is complete unless some kind of encroaching weather system shrinks that window to a few hours.

That still means that Starlink-25 and Starship SN15 could launch less than six hours apart, though it’s far more likely that the experimental rocket prototype will suffer minor delays and grow that gap to a day or two. Additionally, SpaceX itself cautions that it’s “keeping an eye on weather in the [Starlink-25] recovery area,” meaning that conditions at sea could also delay the Starlink launch a day or two.

Ultimately, it looks likely that both rockets will launch before the week is out. Stay tuned to find out just how ‘back to back’ they’ll actually be.