According to a draft paper written by networking researcher and professor Mark Handley, SpaceX’s Starlink internet satellite constellation has the potential to significantly disrupt the global networking economy and infrastructure and do so with as little as a third of the initial proposal’s 4425 satellites in orbit.

A step or so further, Dr. Handley (according to a University College London colleague) suspects that a network like that proposed by SpaceX could rapidly become “a license to print money” thanks to the tangible benefits it would provide financial institutions and banks – as of today, shaving mere milliseconds off of communications latency can be a serious competitive advantage for traders.

The three LEO constellation planes (not including the seven thousand VLEO in the latest filing) pic.twitter.com/btX0pLQAzc

Asked to condense his argument into a few sentences, Dr. Handley’s colleague (Reddit /u/davoloid) described his excitement as such.

A Professor in Computer Science [Mark Handley] who specializes in how networks work has done a simulation of Starlink based on the available information. It will make long distance links very fast, as in, a short delay in sending a message, which we call latency. That’s very important to banks and similar companies, who always want to have the fastest information. They pay a lot of money to create networks, often private ones rather than through regular commercial providers. Even with the first phase of 1600 satellites, there will be big revenues for SpaceX.” – Reddit /u/davoloid, 11/2/18 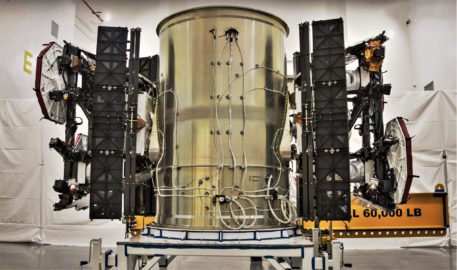 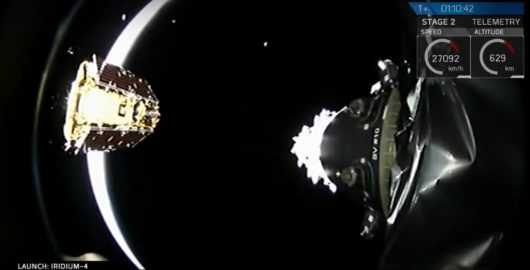 Judging from the recent past of a practice known as High-Frequency Trading (HFT), where algorithms take over trading in financial markets and operate at speeds on the order of trades per millisecond, the highly volatile industry has already reached its conclusion. This is to say that HFT went from a wildly disruptive and lucrative technological advantage to a fundamental part of the world’s ever-changing financial infrastructure in just a few decades.

“The story about [HFT] is done. It’s a mature industry now, as much an embedded feature of our society as mutual funds or the income tax.” – Tim Worstall, 2017

“HFTs are still involved in the speed race and sometimes even race to pick off their market maker brethren. While it may be more expensive and more competitive today for HFT to pick off the slow traders, make no mistake, they have not gone away.” – Themis Trading, 2018

Much like electricity, the internet, and railroads went from kings of profit to marginal and tedious enterprises, it seems that HFT has gone from a nascent and fickle technology to a basic component of global infrastructure. As such, it is in no way, shape, or form “dead”. Just like step-change advancements in technology have forced service-based companies to upgrade or die, it seems that the availability of Starlink (or any comparable interconnected internet constellation) will create a massive imbalance between financial institutions that adopt early and those that do not or cannot.

If that ends up being the case, there will undoubtedly be an extraordinary surge in competitive financial infrastructure investment, with institutions desperately pursuing new ways to remain competitive (leveling the playing field vs. a shortcut to the front). Dr. Handley’s draft paper, accompanying video, and colleague’s clear excitement about the possibilities demonstrate (at least theoretically) that even just the first third (37%) of SpaceX’s preliminary 4425 satellite Starlink constellation would exhibit dramatic latency improvements between most conceivable access points.

With all 4425 satellites in place, the benefits approach or even surpass theoretical best-case statistics for literal straight-line fiber optic cables. Of course, SpaceX’s true proposal includes yet another 7520 very low Earth orbit (VLEO) Starlink satellites (~350 km) that would more than double the bandwidth available while potentially cutting another huge chunk out of the already unsurpassable latency performance of LEO Starlink (~1100-1300 km).

Of course, a massive amount of work remains before SpaceX before any of the above futures can or are even technically able to come to fruition. Aside from regulatory difficulties and concerns about space debris from a potential ~12,000+ new satellites, SpaceX will have to go one or even two magnitudes beyond what the status quo of satellite manufacturing believes is achievable, mass producing and launching satellites in volumes that will dwarf anything undertaken in the history of spaceflight. Still, if anyone is going to accomplish such an extraordinary feat, one would be hard-pressed to find a better bet than SpaceX.