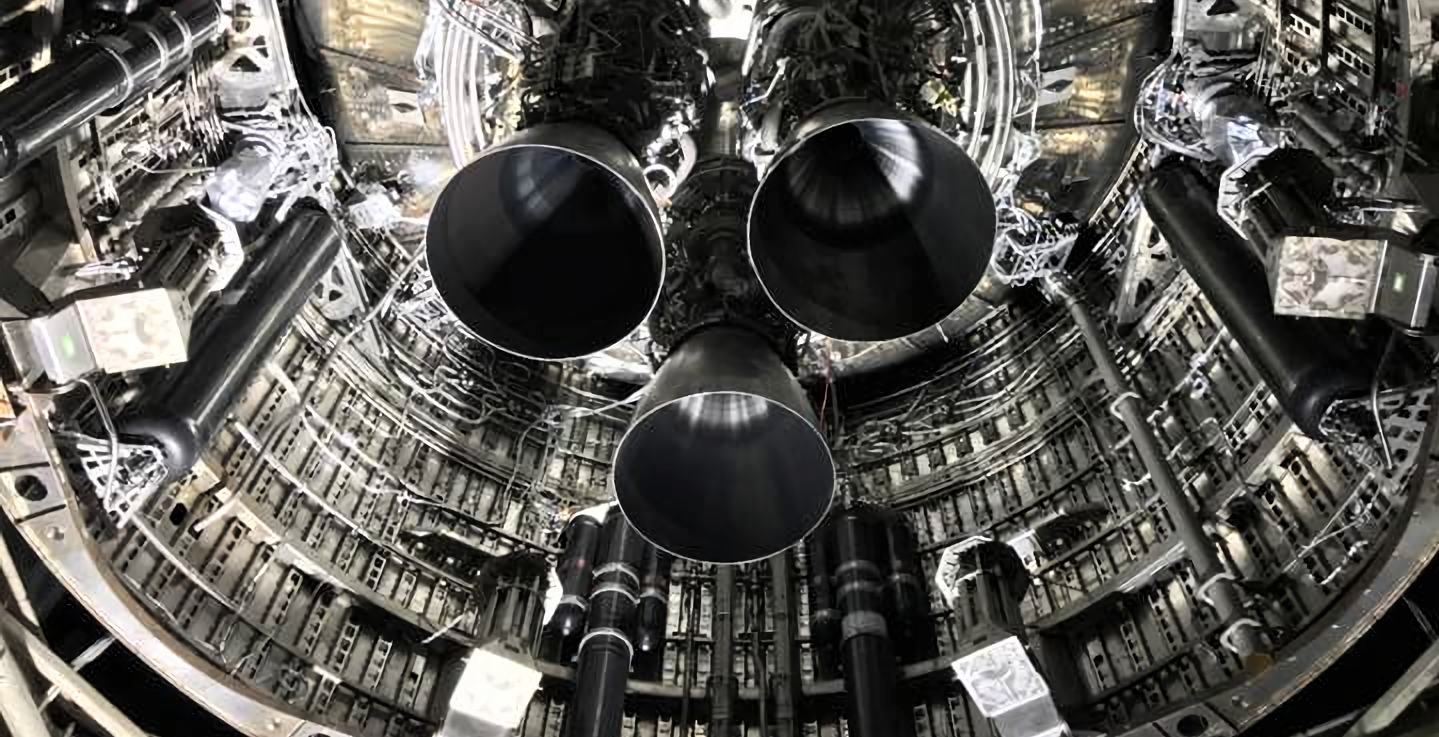 SpaceX has successfully installed three Raptors on Starship SN8 and is scheduled to attempt the first triple-engine static fire as early as October 14th. (Elon Musk)

Technically, it’s incorrect to say that Starship serial number 8 (SN8) is the first prototype to receive three Raptor engines. Back in late-September 2019, in the lead-up to Musk’s promised Starship update event, the company installed three Raptors on the first full-scale prototype, known as Starship Mk1. The engines were only installed as an apparent fit test or even a photo opportunity, however – evidenced by the fact that they weren’t actually plumbed to the Starship’s propellant tanks.

Even then, in September 2019, Starship Mk1 was far from ready to make use of Raptor engines and was more than a month away from attempting its first pressure and cryogenic proof tests – tests it quickly failed. As such, Starship SN8 – having more or less successfully passed its ‘cryo proof’ by October 9th – is undoubtedly the first ship to have a shot at igniting multiple Raptor engines at once.

Curiously, SpaceX remained quiet for several days after Starship SN8 passed its first big test. Whereas with past Starship prototypes SpaceX has often filed test plans (appearing in the form of road closures) even before the current phase of testing is complete, the company waited until Tuesday, October 14th to file closure notices for “SN8 static fire” testing.

Same as Starships SN4, SN5, and SN6, all of which successfully graduated from cryo proof to static fire testing (and even flight tests for the latter two), SpaceX began Starship SN8’s test campaign with a cryo proof. It took three days and at least as many attempts but SN8 ultimately “passed cryo proof” according to Elon Musk, likely meaning that the ship reached sustained pressures of 7.5 bar (~110 psi) or more.

Cryo proof complete, SpaceX installed Starship SN8’s engines – the first time multiple Raptors have been fully integrated with a rocket or test stand – in preparation for another Raptor first: multi-engine static fires. While modern computation fluid dynamics (CFD) and modeling mean that the great unknowns of rocket propulsion are rarely as opaque as they used to be, the first test of multiple powerful engines in close proximity is still a guaranteed recipe for surprises.

Thanks to expertise hard-won from nearly 100 Falcon 9 and Falcon Heavy launches, SpaceX is likely the world’s foremost expert in the challenges and dynamics of the proximity operation of more than two rocket engines. At the same time, though, Raptor is a dramatically different engine than Merlin 1D and while Starship will only have six engines at most, those six engines will produce thrust equivalent to almost two entire Falcon 9 boosters.

In other words, even with a (relatively) simple three-Raptor static fire, SpaceX will be treading new ground and will almost certainly end up learning one or several things about Raptor’s design and operation. More likely than not, SpaceX will begin Starship SN8’s static fire test campaign with a wet dress rehearsal (like a cryo proof but with real liquid methane and oxygen propellant) and transition into a Raptor spin prime (turbopump spin-up) or preburner test (a turbopump spin-up but with partial combustion) if the WDR goes smoothly. If all three Raptor engines appear healthy, SpaceX may recycle and attempt the first static fire just an hour or two later.

Starship SN8’s triple-Raptor static fire test window opened at 9pm CDT on October 14th and closes at 6am on the 15th, with an identical 9pm-6am backup on the 15th and another window from 8am to 4:30pm on the 16th. LabPadre (below) will continue to offer 24/7 views of Starship, including any static fire testing, while NASASpaceflight.com will likely provide live coverage once testing begins in earnest.