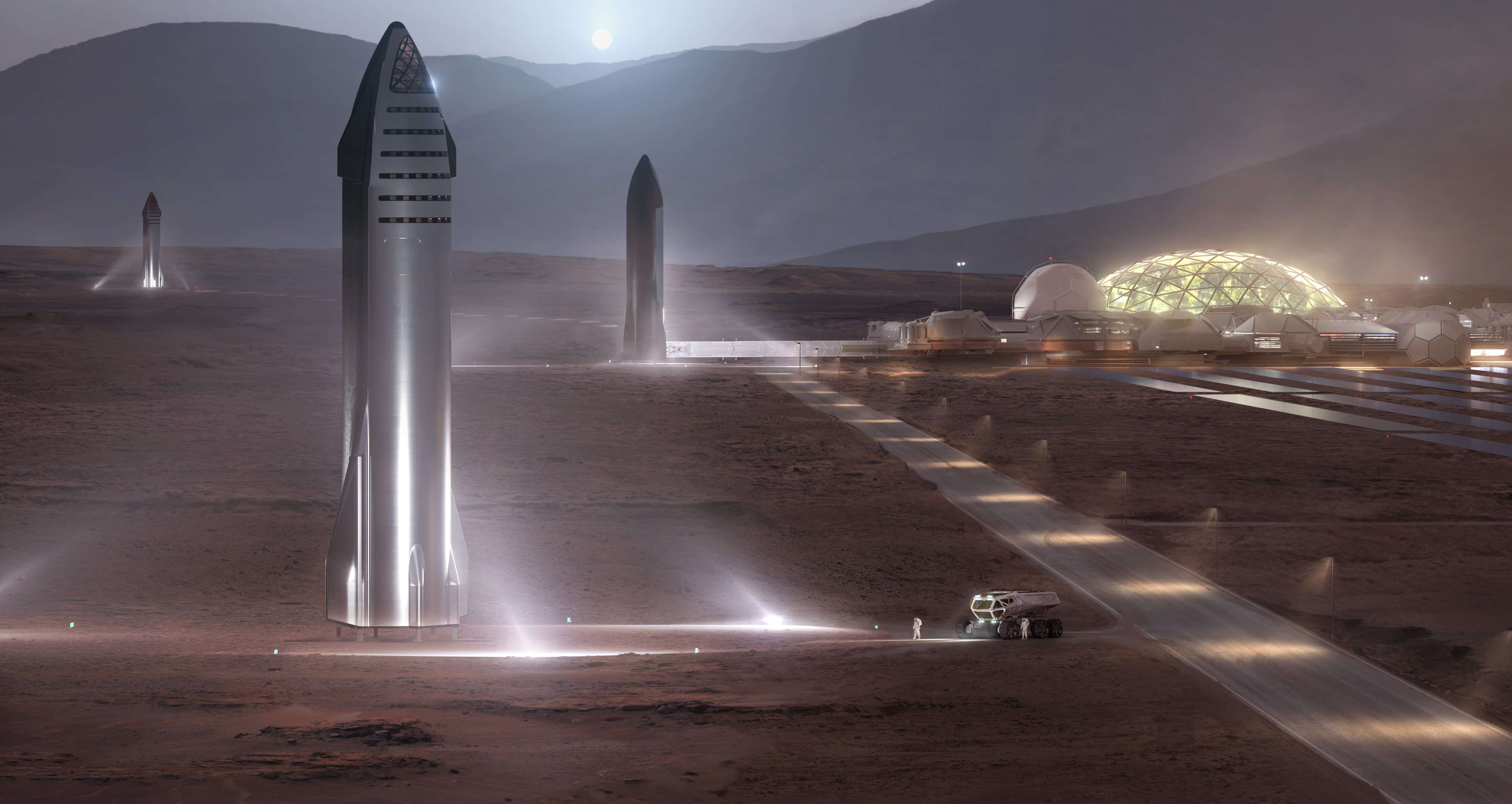 SpaceX could land Starship on Mars in 2024, says Elon Musk

Four years after Elon Musk revealed “aspirational” plans to launch Starships to Mars in 2022, the SpaceX CEO now believes that 2024 is a more accurate target.

For SpaceX, that two-year ‘delay’ is more impressive than anything given that the company practically restarted Starship development from scratch a year after Musk set the 2022 target. In late 2018, after more than two years of work developing a Starship (then BFR) built out of carbon fiber composites, the CEO revealed that the company was going to completely redesign the rocket to use steel for all major structures.

Two and a half years after that decision, SpaceX has built a vast Starship factory capable of building at least one ship per month, cumulatively fired dozens of full-scale Raptor engines for more than 30,000+ seconds, flown eight full-scale prototypes, and recovered the first full-size Starship in one piece after a high-altitude launch and bellyflop-style descent and landing.

It doesn’t come as a huge surprise that Starship probably wont be attempting any Mars launches in 2022. Had SpaceX not had to return to the drawing board in 2018, Musk may well have been able to achieve that 2022 goal, but wholly redesigning Starship with steel almost certainly delayed development by at least a year. For interplanetary launches, the most efficient trajectories – those that allow a rocket to maximize payload capacity – are only open for several weeks every ~25 months. That means that a rocket that’s one year behind a Mars launch window will still have to wait more than two years for the next launch opportunity.

In Starship’s case, even if SpaceX were ready for its first Mars cargo missions in 2023, it would need to wait until September or October 2024. That’s far from out of the question but three full years will arguably give SpaceX a good amount of time to both ensure that Starship is technically ready and reliable enough to land on Mars while also determining – and likely designing and building – the cargo those first Starships will carry.

SpaceX could also launch the first one or several Mars-bound Starships with an absolute minimum payload under the assumption that success will require several failures, in which case the company would have until 2026 to develop a system capable of finding and gathering Martian ice, processing it into cryogenic liquid oxygen and methane, and storing that propellant for months or even years. Without that complex system of in-situ resource utilization (ISRU), Starship will never be able to leave Mars, turning initial crewed missions into one-way trips.

In the meantime, while SpaceX has successfully proven that Starship’s exotic skydiver-style landing is viable on planets with atmospheres, orbital Starship flight tests will likely pose just as many challenges. Starship will have the largest heat shield of any spacecraft ever built, while that heat shield will also be the first non-ablative shield ever developed by SpaceX. Even if Starship aces reentries from low Earth orbit (LEO), reentries from geostationary, lunar, or Mars transfer orbits are all multiple times more stressful, requiring still more testing to ensure that its ceramic heat shield and steel hull can withstand interplanetary velocity reentries.

SpaceX will also have to develop unprecedented thermal management solutions to keep hundreds of tons of cryogenic liquid propellant at the right temperatures for weeks, months, or even years in orbit, deep space, and on the surfaces of other moons and planets. This is all to say that SpaceX has its work cut out for it as it approaches the dawn of orbital Starship flight tests and has to tackle a number of daunting technical challenges it might end up being the first to solve. But, as SpaceX always has, it will devour each problem piece by piece until Starship is exactly as capable and revolutionary as the company and its CEO have long promised – if a bit behind schedule.

SpaceX could land Starship on Mars in 2024, says Elon Musk