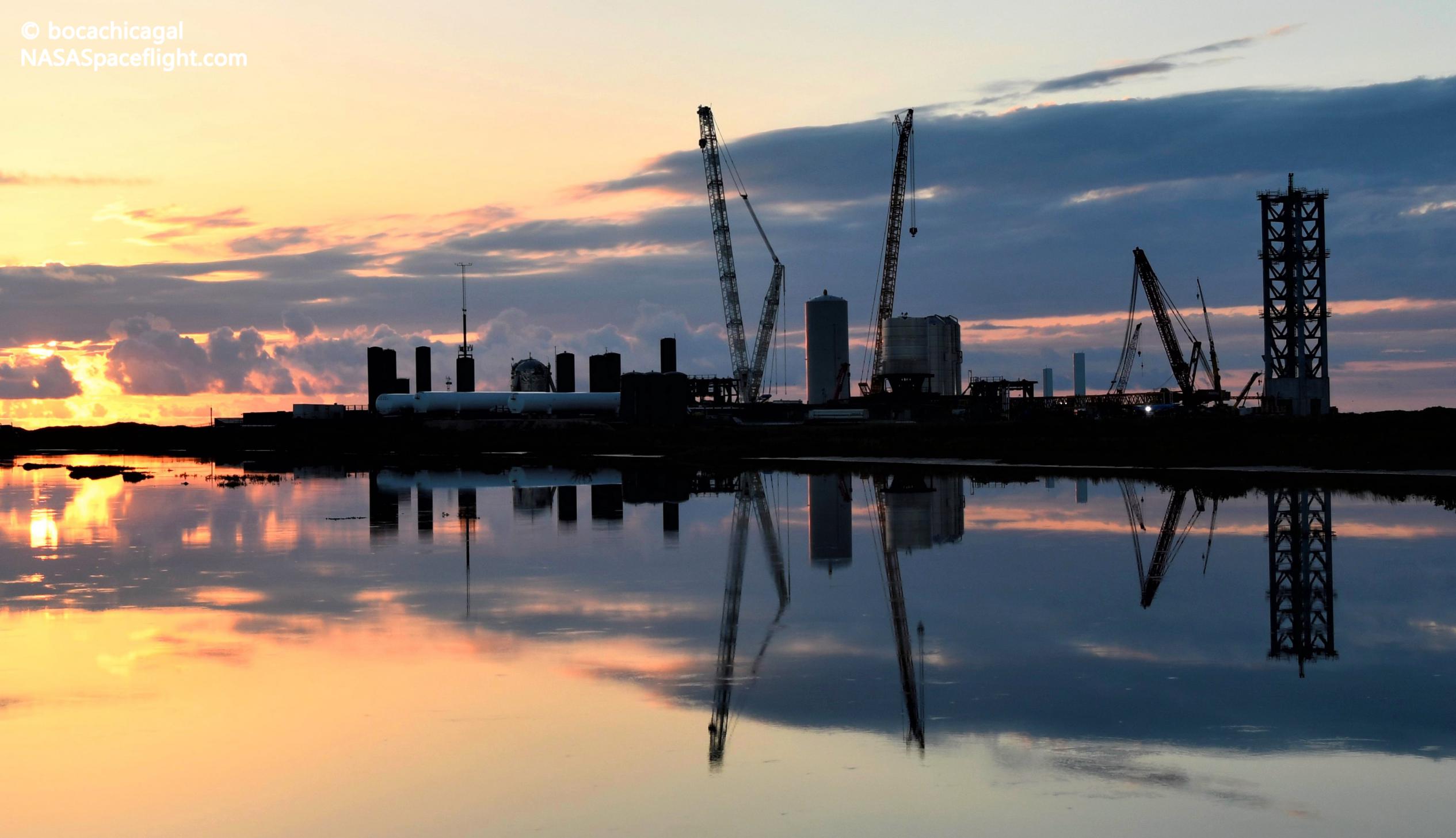 Those suborbital pads have been through dozens of ground tests of Starship test tanks, hoppers, and high-altitude prototypes over the last ~20 months, recently culminating in Starship SN15 launching to 10 km (6.2 mi), free-falling back to earth, and becoming the first prototype of its kind to successfully touch down. Since that May 5th milestone, Starship SN15 has been moved to an empty lot – likely to be put permanently on display – and SpaceX’s focus has quite clearly shifted towards Starship’s first orbital test flights.

To even be able to attempt those test flights, which will involve a Starship installed on top of the world’s most powerful rocket booster, several things must be in order. Relative to the three-engine, medium-altitude Starship prototypes SpaceX has the most experience with, CEO Elon Musk has implied that even the very first flightworthy Super Heavy boosters will be outfitted with 29 Raptor engines, representing an almost order-of-magnitude leap in lift-off thrust. In other words, SpaceX’s proven suborbital launch mounts are wholly inadequate for even a rudimentary orbital launch attempt.

In response, SpaceX has been gradually building out brand new orbital-class launch facilities for around nine months. Work on the pad began to significantly accelerate earlier this year, including the delivery of Starship-derived propellant storage tanks, the rapid assembly of even larger insulation ‘sleeves’ for those custom tanks, the even faster construction of multiple prefabricated launch tower segments, finishing touches on a tall six-legged ‘launch mount,’ the completion of a massive cryogenic propellant pumphouse, miles of wire and pipe runs, and far more.

As it turns out, the second propellant storage tank ‘sleeve’ is actually a massive water tank, indicating that Starship’s first orbital launch site will have some form of water deluge system to limit the damage Super Heavy’s 29 Raptors can do to the pad and rocket itself at liftoff. The tank measures 12m (40ft) wide and approximately 36m (~120ft) tall, meaning that it should be able to hold more than a million gallons (~4000 cubic meters) of water.

Additionally, SpaceX delivered the third prefabricated launch tower segment, leaving the tower more than half its full ~143m (469ft) height once installed. Two more sections are already more than half finished, likely meaning that the tower’s structural skeleton could be fully assembled by July or August.