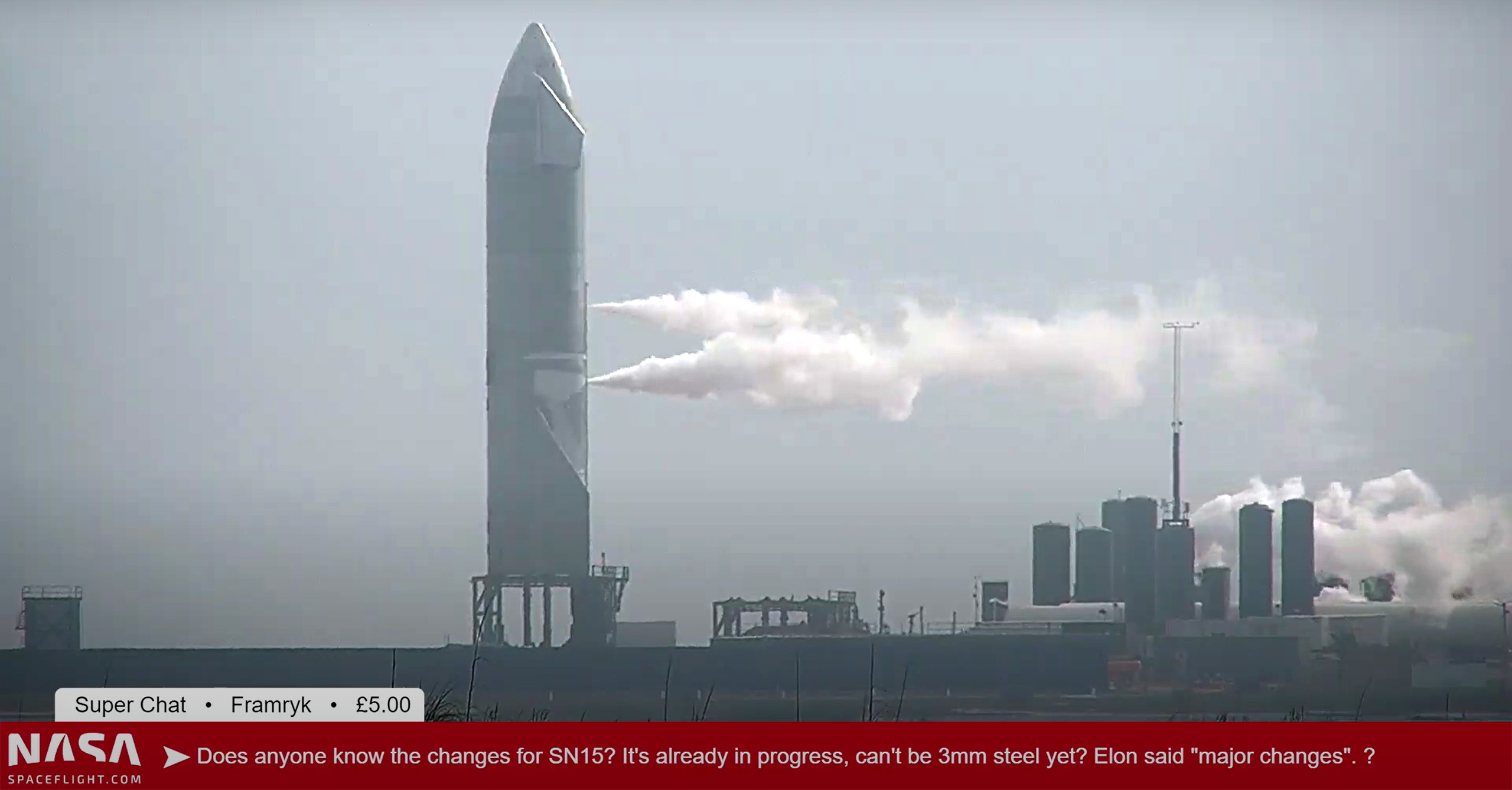 Update: It appears that SpaceX has completed Starship SN10’s first cryogenic proof test campaign and the company lifted its road closure around 4:30 pm CST, signifying the end of Monday’s testing.

If Monday’s cryo proof was successful, SpaceX has requested possible static fire test windows on Wednesday, Thursday, and Friday (Feb 10-12), though it’s possible another window could be added on Tuesday, February 9th. If Starship SN10 is able to complete a flawless wet dress rehearsal (WDR) and static fire on Tuesday or Wednesday, there is a chance – albeit small – that SpaceX can turn the rocket and pad around for a launch attempt on Friday.

Unfortunately, the FAA also deemed it necessary to reissue SpaceX’s airspace restrictions with a note that SN10’s launch is still “pending [authorization],” adding additional bureaucratic uncertainty on top of the technical hurdles the Starship still needs to navigate to be cleared for flight.

In the midst of what appears to be Starship SN10’s first cryogenic proof test, SpaceX has filed temporary flight restrictions (TFRs) with the FAA for a third Starship launch as early as this week.

Effectively identical to late Starships SN8 and SN9, both of which suffered last-second failures that led to hard impacts and explosions on December 9th and February 2nd, Starship SN10 is a prototype steel rocket and reusable upper stage measuring 50m (165 ft) tall, 9m (30 ft) wide, and some 1350 metric tons (three million pounds) – about as much as Falcon Heavy – fully fueled.

Like its predecessors, Starship SN10 has been outfitted with a cluster of three Raptor engines producing up to 600 metric tons of thrust (~1.3M lbf) and was built as part of a series of four prototypes designed to prove out a new method of rocket recovery.

As previously discussed on Teslarati, SpaceX unexpectedly distributed safety “alerts” to Boca Chica Village residents on Sunday, February 7th, an act that has only ever signified plans to (attempt to) static fire a Starship prototype. However, Starship SN10 has yet to even complete cryogenic proof testing, referring to a common practice SpaceX has used to verify vehicle health with liquid nitrogen, simulating the extreme cold of liquid methane and oxygen propellant without the risk of a violent fire or explosion.

At the moment, SpaceX is in the middle of putting Starship SN10 through its first LN2 cryo proof attempt(s). SpaceX appeared to abort one attempt around 1:15 pm CST and has kicked off a second attempt around this article’s publishing time (~2 pm CST). If SN10 manages to pass a cryo proof in the early afternoon, there’s a chance – albeit limited – that SpaceX will then attempt to recycle for a live wet dress rehearsal (WDR; replacing LN2 with methane and oxygen) and possible static fire attempt later today.

Even attempting – let alone completing – an inaugural cryoproof and static fire on the same day would be an unprecedented feat, so it’s far more likely that the process will take a couple days. Even if that’s the case, however, it’s still possible that SpaceX could make Starship SN10 ready for another high-altitude launch attempt as early as this week. Stay tuned for updates!