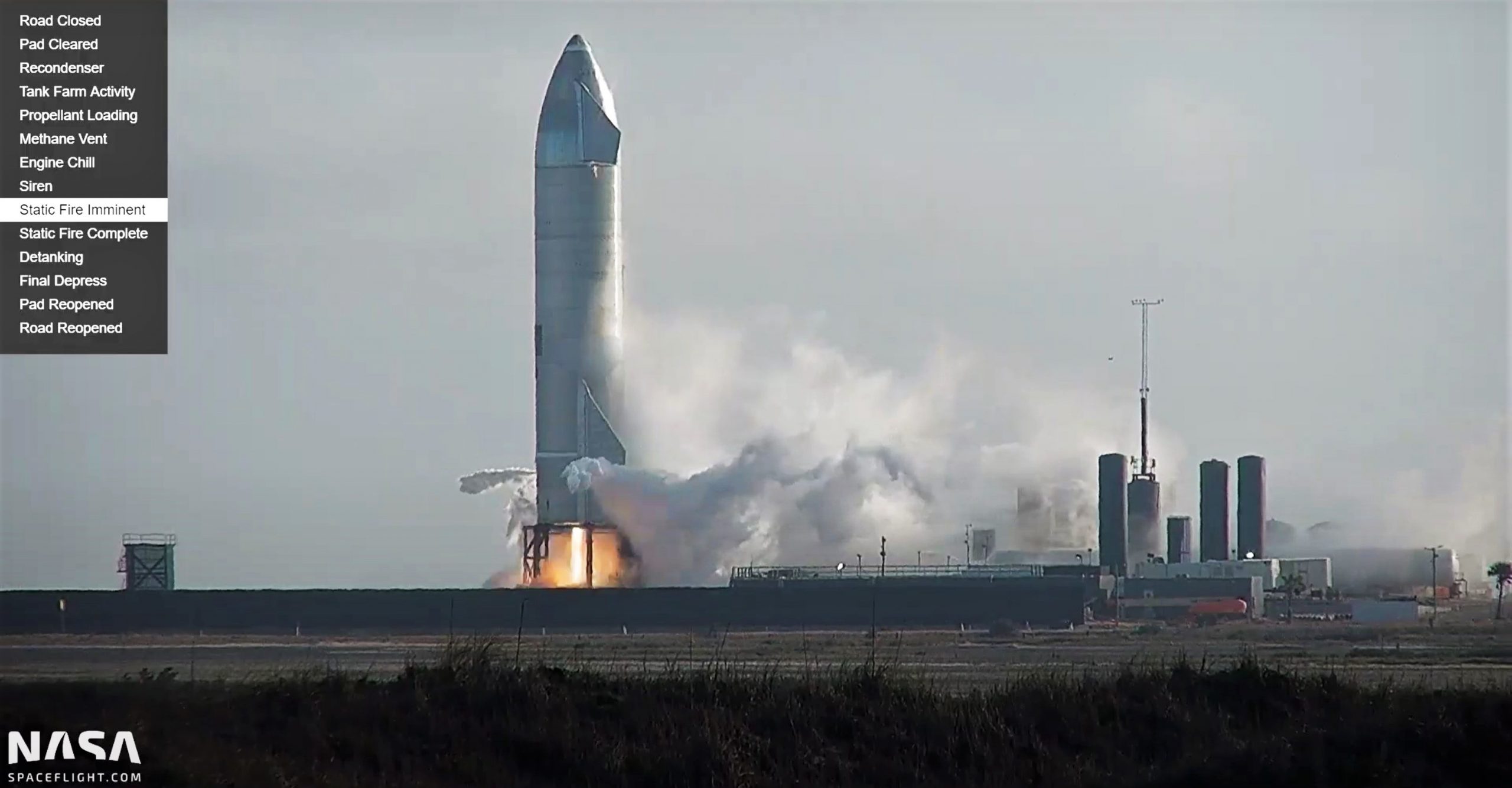 Starship SN10 has fired up its three Raptor engines for the first time, potentially clearing the rocket for a launch attempt later this week. (NASASpaceflight)

SpaceX’s third high-altitude Starship prototype appears to have successfully ignited its trio of Raptor engines, boosting the odds of another launch and landing attempt later this week.

Following a prior attempt aborted before propellant loading began on February 22nd, SpaceX managed to turn around Starship serial number 10 (SN10) and its launch facilities for a second attempt ~24 hours later. Unlike Starship SN9, which went through four torturous weeks of scrubbed, aborted, and off-nominal static fire test attempts before finally being cleared for flight; Starship SN10 seemingly sidestepped a similar fate and ignited its Raptor engines without obvious issue after just two days of real attempts.

Of course, it remains to be seen if the test was truly successful. Long-distance, outside-looking-in observations leave little to no room for nuanced interpretation and the difference between a good and a bad test can be too subtle to detect with the naked eye.

Yesterday’s aborted attempt never made it past tank farm activation but could have been caused by ground support equipment (GSE), Starship itself, or something else entirely. Regardless, almost exactly 24 hours later, Starship SN10 fired up all three of its Raptor engines after a smooth, bug-free test flow. That single static fire simultaneously served as the massive steel rocket’s first wet dress rehearsal (WDR) with live (and flammable) liquid methane and oxygen propellant, making such a clean flow that much more impressive and encouraging.

Nevertheless, one of the last remaining residents of Boca Chica Village reported that they had received a standard safety ‘alert’ distributed by SpaceX around 40 minutes after SN10’s static fire. Those alerts serve as reminders for residents to stay away from their homes’ windows during Starship static fire testing to mitigate the risk of injury in the event that a given test goes wrong and a vehicle explodes.

That could mean that SpaceX quickly determined that Tuesday’s static fire wasn’t satisfactory, though it could just as easily be SpaceX hedging its bets in the event that it needs to redo SN10’s static fire on Wednesday, February 24th. If Tuesday’s test went well, SpaceX could turn SN10 around for a launch attempt as early as Thursday, moving to Friday if a hypothetical Wednesday static fire redux goes well. Stay tuned for updates (and hopefully confirmation from CEO Elon Musk).