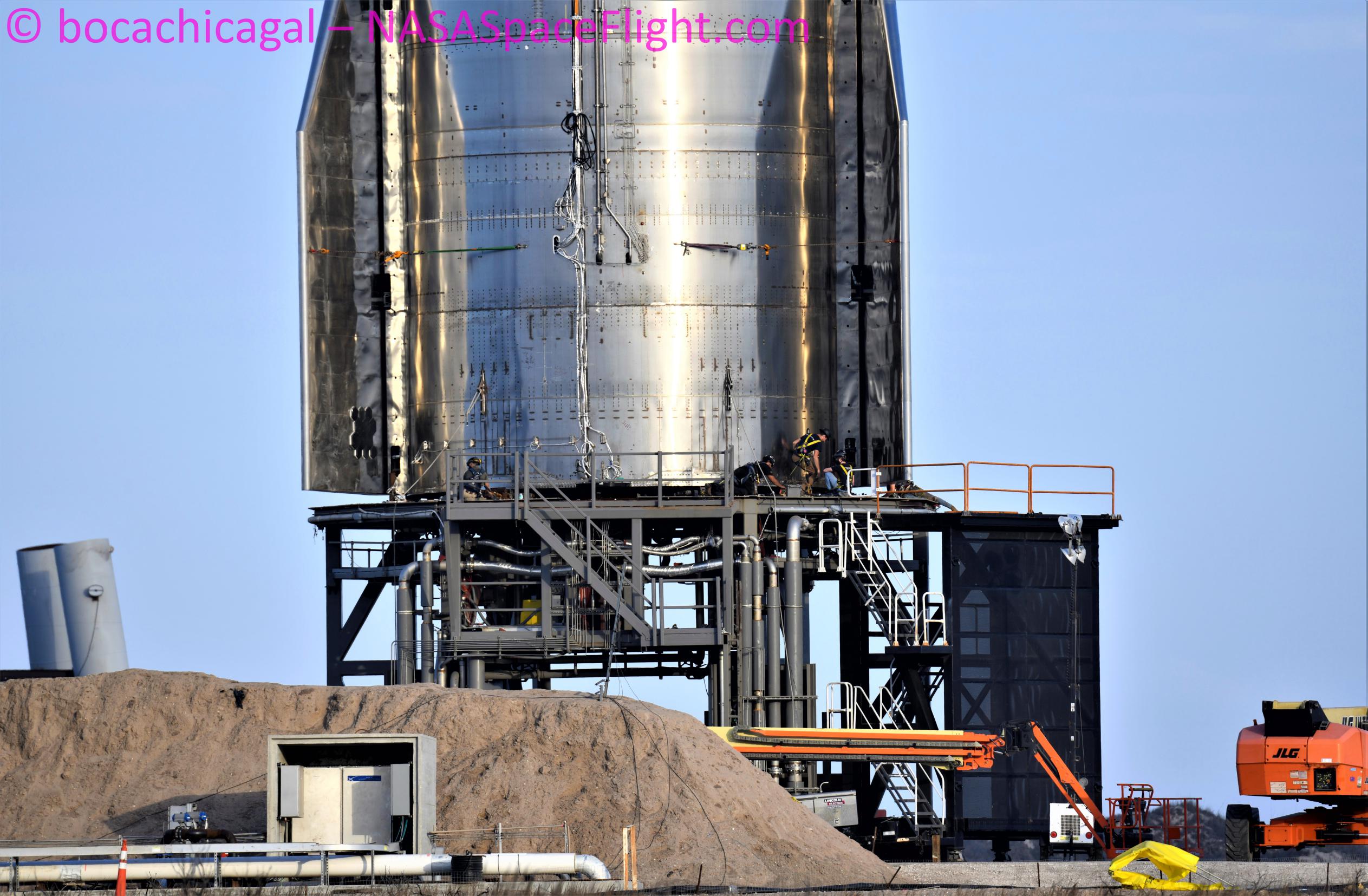 Starship SN11 has (mostly) soared through the first two of three major tests standing between the rocket and a launch attempt. (NASASpaceflight - bocachicagal)

After a few false starts and some minor delays, SpaceX’s 11th Starship prototype (SN11) has made it through two of the three major tests standing between it and liftoff.

SpaceX rolled Starship SN11 from the factory to the launch pad on March 8th, just five days after Starship SN10 briefly became the first prototype of its kind to land in one piece. One or two issues with Raptor’s final landing burn caused SN10 to touch down faster than expected and eventually led to the rocket’s explosive demise around 15 minutes later. Still, the test flight was an almost unequivocal success and seemingly left SpaceX with more than enough confidence to speed through preparations for the next flight test.

Heading into the next day, SpaceX had hoped to kick off cryogenic proof testing but Starship SN11 required a bit more attention than expected and unknown bugs ultimately meant that only an ambient-temperature pressure test could be completed by the end of the test window. Those issues appeared to persist through the end of March 10th, preventing any kind of proof test attempt.

On March 11th, Starship SN11 was able to take its first real stab at a cryo proof and was loaded with liquid nitrogen (LN2), a cryogenic fluid with a density and temperature similar to Starship’s liquid oxygen and methane propellant but without the risk of a catastrophic fire or explosion. Over the course of three or so hours, SpaceX didn’t appear to fully load SN11 with LN2, a possible sign of a technical bug that could just as easily be an intentional part of the test design.

Oddly, parts of the evenings testing were unlike past cryo proofs and there’s a slight chance that the activity was actually a static fire attempt scrubbed well before ignition, though it’s impossible to say without official confirmation.

Otherwise, the most notable part of the cryo proof was a test of Starship SN11’s attitude control system (ACS) that involved firing each of the ship’s several cold-gas nitrogen thrusters at least 5-10 times for a total of several dozen bursts. The current generation of Starships mainly use those thrusters to augment their flaps and perform flip maneuvers during suborbital launch and landing attempts, while early orbital-class prototypes may use the same thruster system to control their attitude in the vacuum of space.

If last night’s cryo proof test was successful and gave SpaceX the data it needs to give SN11 a good bill of health, the Starship could potentially attempt its first Raptor engine static fire as early Friday, March 12th. Historically, SpaceX has never static fired a Starship prototype less than 12 days after its launch site arrival, meaning that a static fire tomorrow would smash the previous record by a factor of three. As such, it’s more likely that SN11 will need a day or two and be ready for a static fire attempt as early as Monday, March 15th.

Either way, Starship SN11 is undeniably on a faster track than any of its three-engine predecessors and a clean static fire on Friday or Monday would leave a launch next week – SpaceX’s current target– well within reach.