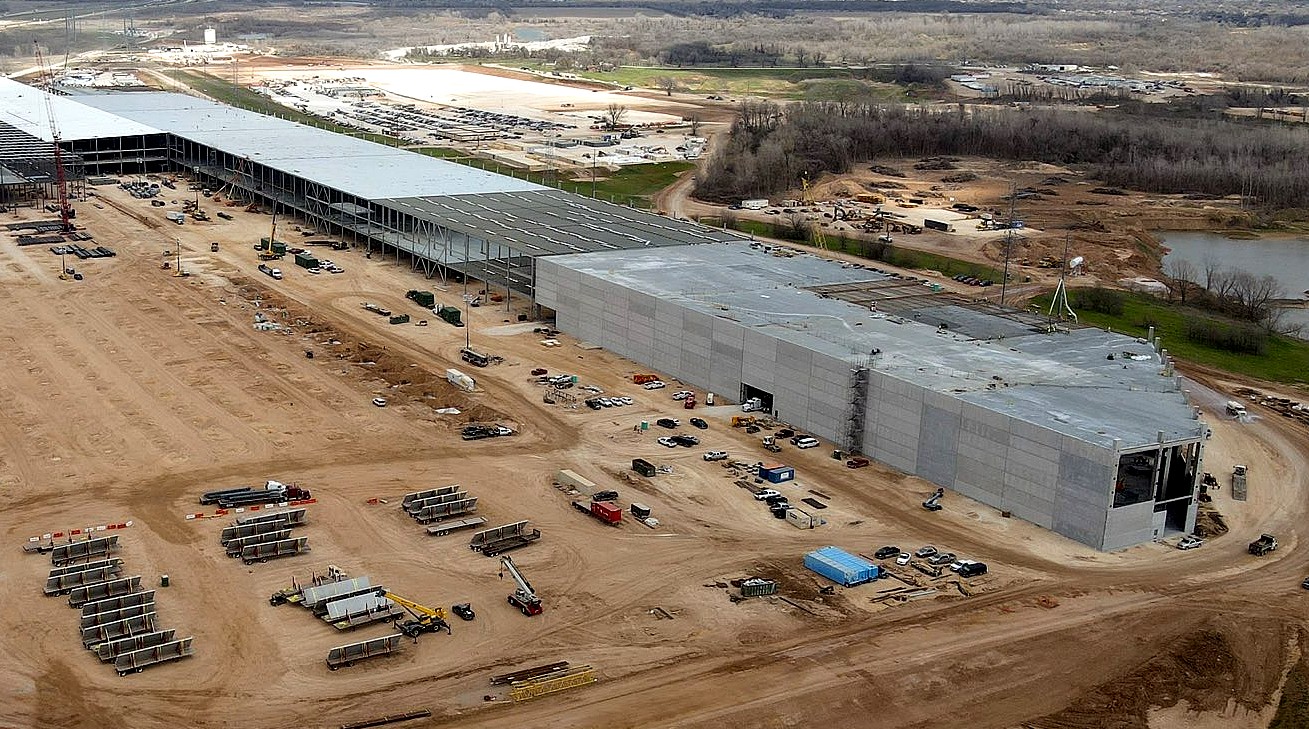 The Tesla Cybertruck is an unashamedly futuristic pickup, and being a futuristic truck, it deserves to be built in an equally futuristic facility. Fortunately for the Cybertruck, it appears that its future manufacturing facility, Gigafactory Texas, is starting to look pretty “cyberpunk” itself, with its thick concrete walls and massive steel frames.

Recent flyovers of the Gigafactory Texas site reveal that one end of the upcoming Cybertruck factory is already being laid with thick concrete walls and what appear to be concrete slabs for its roof. Together with its already domineering size, the insane amount of concrete being used to build Gigafactory Texas gives the building an appearance that’s futuristic, if not a bit brutalist.

The “cyberpunk” aesthetic typically involves dark color palettes like black and dark gray highlighted by bright neon accents. Cyberpunk-themed buildings, as they are depicted in fiction, generally are large concrete structures designed with some degree of Brutalism. This could be seen in the architecture in the popular game Cyberpunk 2077, which features a futuristic American city filled with tall concrete, angular buildings with not too many windows.

Interestingly enough, the Cybertruck’s angular design has been described as Brutalist as well, thanks to its domineering stance, cold steel frame, and its sharp, angular form. With this in mind, it seems perfect that the Cybertruck’s production facility would be futuristic as well. Tesla’s Gigafactories, after all, are not designed like conventional car plants, with the facilities being created for optimal efficiency in the production of all-electric vehicles.

Gigafactory Texas has shown remarkable progress as of late, with recent drone flyovers of the site revealing that some painting equipment is now being placed within the facility’s semi-completed portions. A parade of these dipping tanks, for example, was recently brought to the second floor of the Paint Shop, suggesting that some interior work on the facility is already ongoing.

Watch a recent flyover of the Gigafactory Texas complex in the video below.