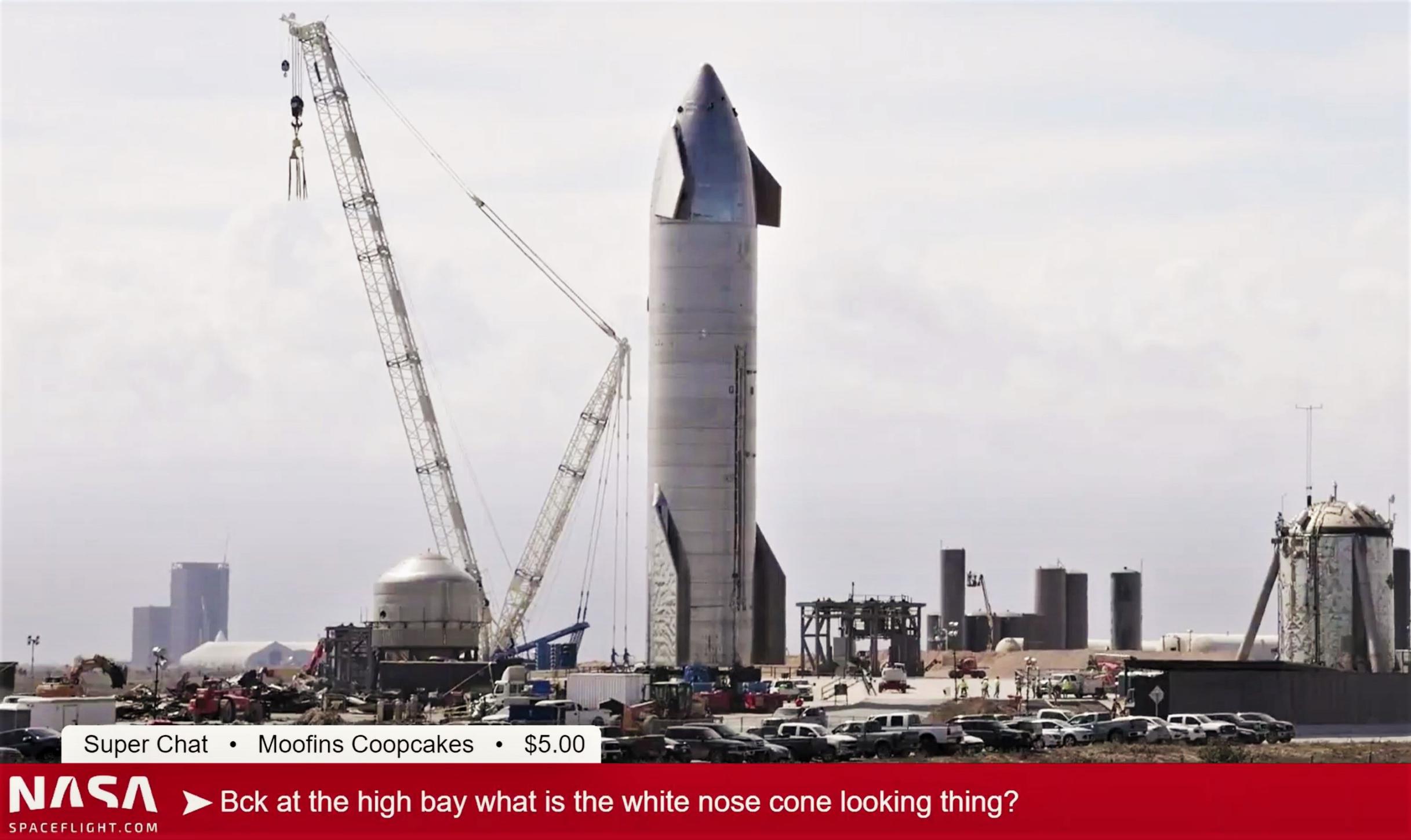 SpaceX has rolled a new Starship prototype to the launch pad less than five days after the last prototype's launch, landing, and explosion. (NASASpaceflight)

Update: Less than five days after Starship serial number 10 (SN10) briefly became the first prototype to launch and land in one piece, SpaceX has rolled its successor – Starship SN11 – from factory to launch pad.

The goal: complete cryogenic proof and static fire testing within the next 4-7 days to clear the way for another Starship launch as early as next week. Already outfitted with three Raptor engines, SN11 may have a limited chance of hitting SpaceX’s ambitious schedule targets, but the experiences of Starships SN8, SN9, and SN10 suggest that a launch sometime before the end of March is a more reasonable expectation. Stay tuned for updates as SpaceX prepares to install Starship SN11 at the launch pad and put its cryogenic proof test on the calendar.

NASASpaceflight.com reports that SpaceX – already scheduled to transport a new Starship to the launch pad on Monday, March 8th – wants that prototype ready to launch as early as next week.

According to the same report, SpaceX – having already installed three Raptor engines on Starship serial number 11 (SN11) – aims to more or less wrap up all qualification testing by the end of the week. No different than the test campaigns that all other flightworthy Starships had to pass before being cleared for launch, that process includes – at minimum – a good cryogenic proof test and a combined wet dress rehearsal (WDR) and static fire.

Excluding Starhopper, of the five Starship prototypes that have taken flight, SpaceX has consistently managed to speed up the process of preparing each vehicle for flight, but the average time spent from rollout to liftoff is still more than a month. In other words, even accounting for the general improvements SpaceX seems to make between tests, readying Starship SN11 for flight within a week or two of the prototype arriving at the launch pad would be anywhere from a factor of two to five faster than any prior test campaign.

Still, it’s not entirely impossible. If SpaceX can borrow from the most efficient Starship launches and test campaigns its completed and combine them all with a few new, unspecified efficiencies, it’s reasonable to conclude that Starship SN11 could be ready to fly near the end of next week (around March 19th). More specifically, SpaceX would have to complete a successful static fire on the first try within a week of SN11’s scheduled March 8th rollout, followed by a brisk two or three-day turnaround for a launch attempt.

While not impossible, it’s safe to say that that scenario is unlikely. Nevertheless, assuming SpaceX continues to find ways to expedite preflight processing like it has with SN8, SN9, and SN10, it’s reasonable to assume that Starship SN11 could be ready for an inaugural launch attempt as early as the last week of March.

All the above ignores the possibility that SpaceX will choose to physically modify Starship SN11 to mitigate the possibility of some or all aspects of Starship SN10’s hard landing and subsequent explosion from recurring. If that is the plan, those changes will have to be done at the launch site after Starship SN11’s scheduled Monday, March 8th rollout.