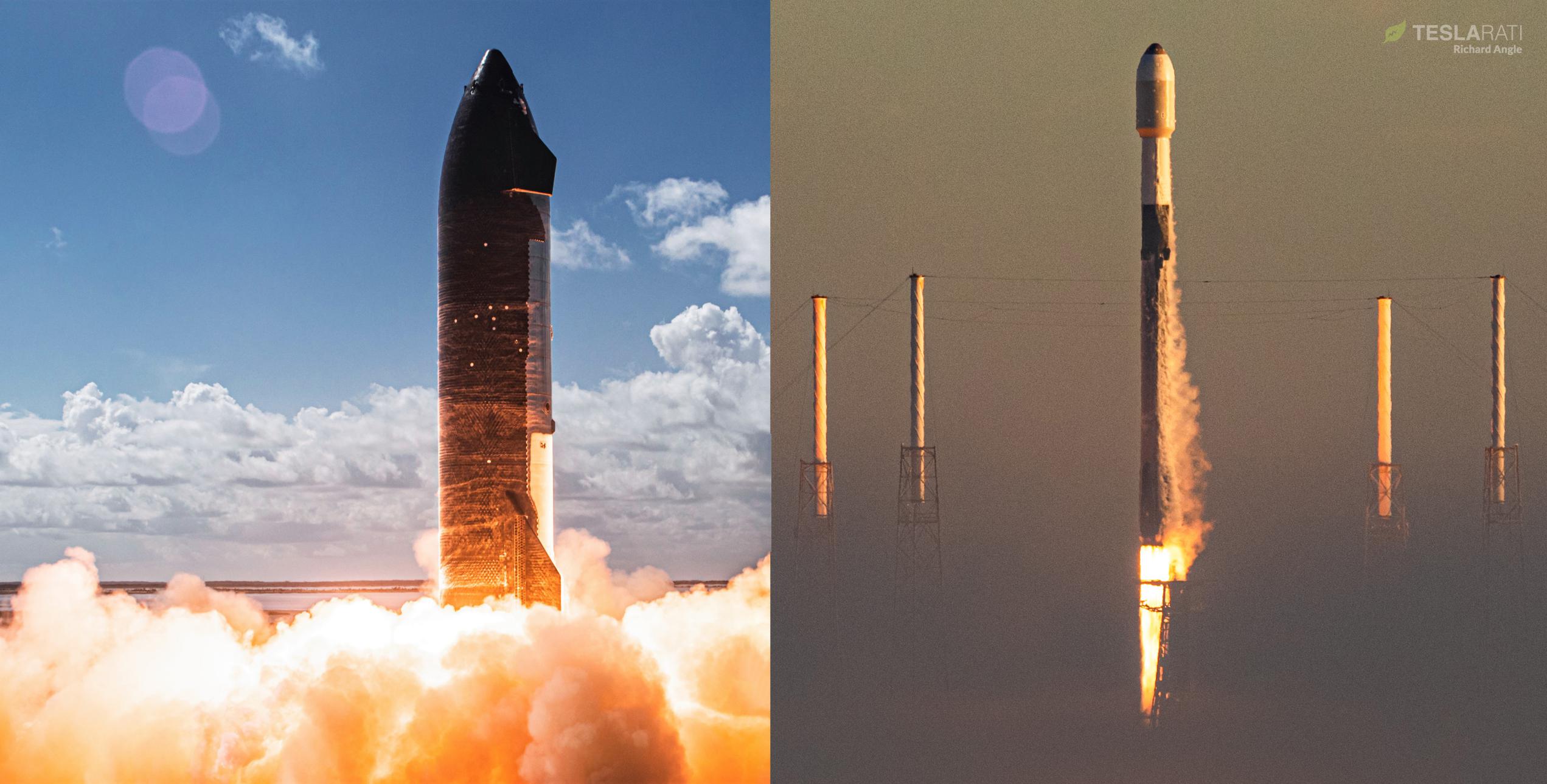 SpaceX has rounded out a jam-packed week of spaceflight activity by completing a record-breaking Starship static fire and first East Coast Starlink launch in half a year less than a day apart.

On November 11th, 21 hours after liftoff, Dragon C210 aced its first ISS rendezvous and docking and delivered its crew to the station 40 minutes ahead of schedule. Up next, after a week or two of delays and a great deal of anticipation, SpaceX’s first orbital-class Starship prototype completed the first static fire with a full complement of six Raptor engines around 1:13pm EST, November 12th. Originally scheduled to launch just a few hours before that static fire milestone, a Falcon 9 rocket then proceeded to launch Starlink 4-1 – SpaceX’s first dedicated Florida Starlink mission since May 2021 – a little over 18 hours later at 7:19am EST, November 13th.

The Starlink launch was especially spectacular. Graced by a thick bank of fog that almost fully covered the rocket and SpaceX’s LC-40 pad, Falcon 9 ultimately lifted off about half an hour after sunrise, soaring out of mist backlit by the early morning’s golden-hour light. A single-burn launch, Falcon 9’s expendable upper stage successfully deployed all 53 laser-linked Starlink V1.5 satellites just 16 minutes after liftoff, marking the beginning of the SpaceX constellation’s third ‘shell’. Having already completed Shell 1, it will take SpaceX another 29 launches to complete Shell 4, its mostly identical cousin. SpaceX also began launching Shell 2 – a semi-polar band of 720 satellites – in September.

On the Starship side of things, SpaceX and CEO Elon Musk quickly confirmed that Ship 20 had successfully fired up all six of its Raptor engines on the first try, potentially producing up to ~1110 tons (~2.45M lb) of thrust for about three seconds. If all six engines were briefly operated at full thrust, it would make Starship the most powerful active single-core rocket stage ever fired, narrowly beating out Russia’s Proton-M booster. Starship, of course, is an orbital upper stage, not a booster, and its Super Heavy first stage is expected to produce five or six times more thrust – the most powerful rocket booster by a healthy margin.

After Ship 20’s successful first-try six-engine static fire, it’s not clear what SpaceX’s next steps will be but there’s a good chance that the first flightworthy Super Heavy booster (B4) could be up on the docket.